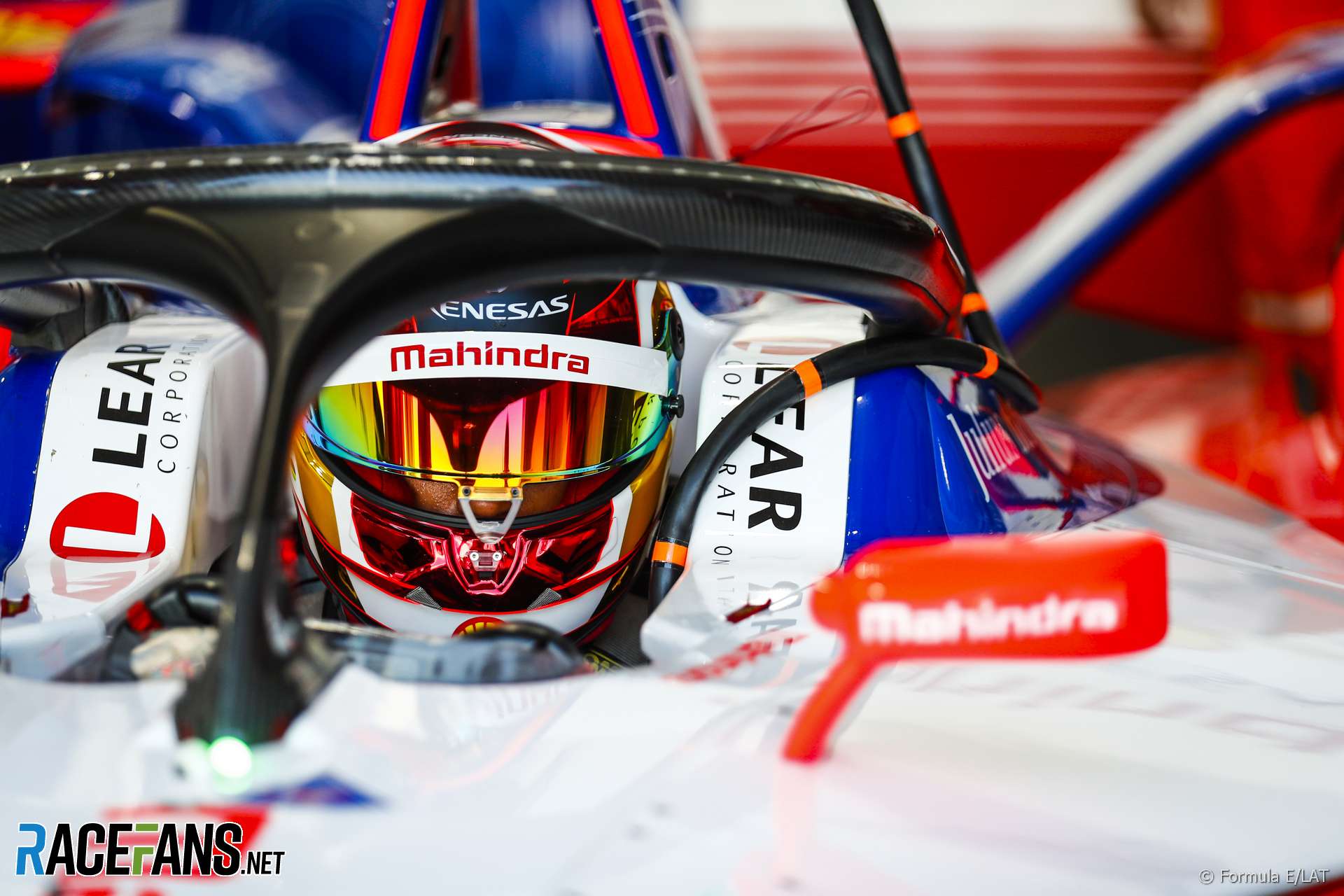 Pascal Wehrlein took his first Formula E pole position at only his third attempt, heading qualifying for the Mexico EPrix.

However championship leader Sam Bird will start from the back of the grid after an on-track failure just metres into his lap.

Drivers were sent out for qualifying in championship order, starting with two groups of five over the top ten, then two groups of six covering the bottom twelve drivers. The first session was disrupted by Bird’s stoppage – he nursed into the stadium section and off the main circuit but went no further.

His team mate Robin Frijns then appeared to impede Jerome D’Ambrosio, possibly in the belief they were under yellow flag conditions. The Mahindra driver’s lap time was compromised – as was the Virgin driver’s, to the enormous displeasure of both.

Jean-Eric Vergne, who described his car as ‘undriveable’ during the second practice session, was unable to recreate his usual qualifying flair. Although he took second in the session it was thanks to the compromised efforts of his rivals. Antonio Felix da Costa, who was quickest in FP2’s, was well ahead of Vergne in Q1.

Evans had made a strong showing in free practice this morning but found himself wrestling the car in this session and was unable to set a competitive time. Abt, who led first practice, put in a messy lap that left him only ahead of the immobile Bird.

Alexander Sims initially followed his teammate into Super Pole, just four thousandths of a second back from Da Costa’s time but Wehrlein put in a phenomenal lap to see him more than a tenth clear of Da Costa and comfortably on top of the times.

At the start of the session it was announced that the yellow flag incident between Frijns and D’Ambrosio was under investigation. Although both were well outside the Super Pole group, it did put a second Virgin car at risk of being sent to the back of the grid and unlikely to help defend their championship lead.

Di Grassi put together another superbly quick lap, after being denied pole in Santiago due to braking infringements. Sebastien Buemi also qualified comfortably but his Nissan e.Dams teammate Oliver Rowland put together a close-as-perfect 59.593 lap to snatch the top of group times from Wehrlein.

Lopez had been struggling all morning and continued to do so, coming in 12th – a performance described as “crap” by GEOX Dragon team boss Jay Penske.

Despite not having reached Super Pole in any previous race and three points-free finishes, Felipe Massa came straight out of the pits to put together a 59.719 lap, sending him to third place.

Dillman was unable to rescue NIO’s declining hopes, after Turvey was knocked out of Super Pole and any chance HWA had of Vandoorne repeating his Santiago performance were dashed by a messy lap that saw him well down from Massa’s time.

Heading out in reverse order of group qualifying, Da Costa put together a respectable but unremarkable lap, followed by an uncharacteristically messy performance by Buemi that put him well behind.

Lucas di Grassi looked set for provisional pole with a time of 59.653, close to the fastest anyone achieved in group qualifying and compatriot Massa was unable to rival it, despite being quicker through the first sector.

Wehrlein, however, continued to show his speed with a 59.347 – a time beating those in group qualifying by two tenths, extremely unusual for the tight Super Pole session. Oliver Rowland was unable to match it, locking up to come in fourth and to give the Mahindra driver his first Formula E pole.

All competitors to post a time across the sessions were within a second and a half of each other.