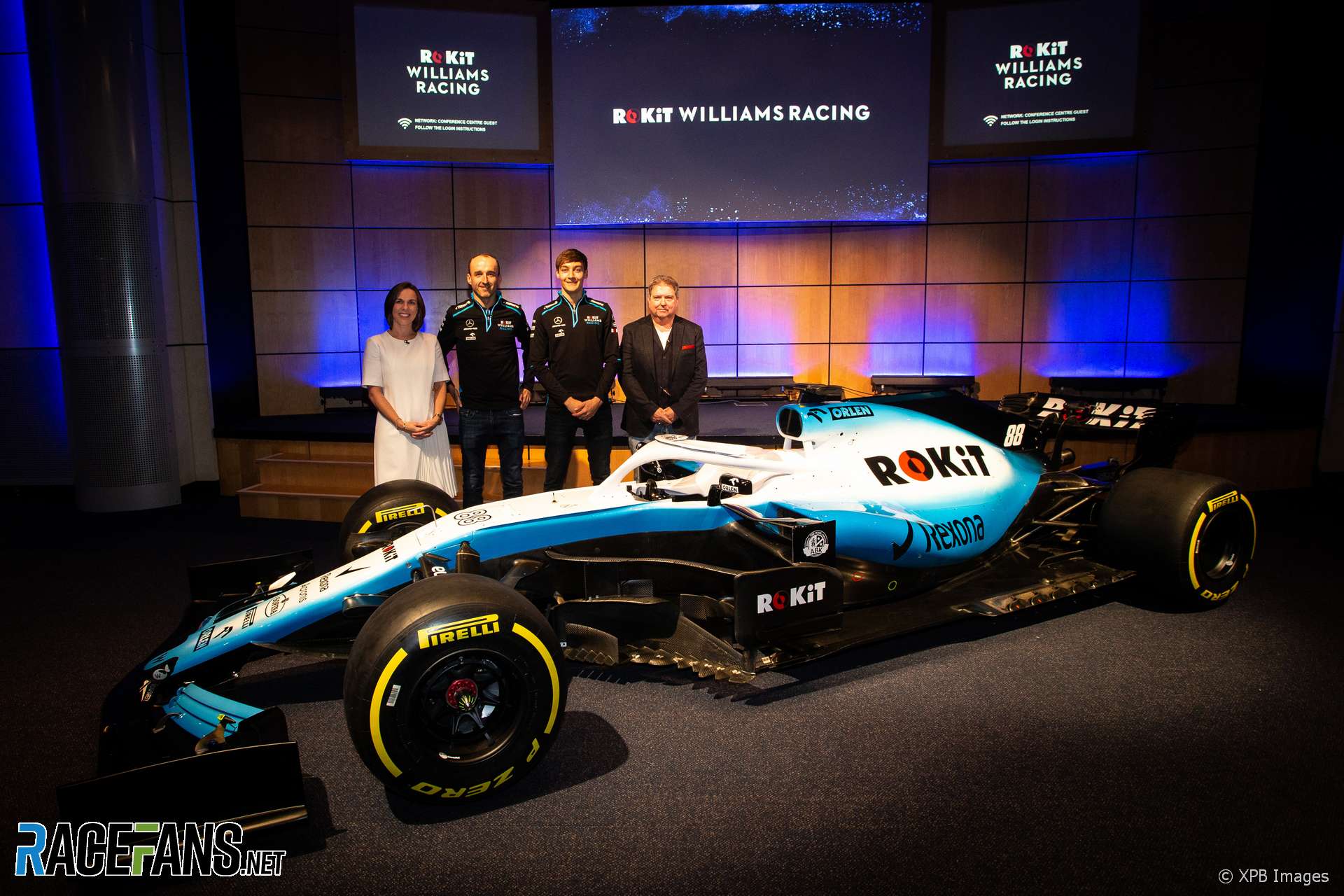 Williams will not be ready for the start of testing for the 2019 F1 season, the team has confirmed.

The first day of testing is due to take place at the Circuit de Catalunya tomorrow. However Williams has run out of time to complete its FW42 in time for the first day of running.

“Unfortunately, we have had to delay the start of our pre-season Barcelona test to Tuesday morning,” said deputy team principal Claire Williams. “We have had an incredibly busy winter at Grove getting the FW42 prepared for the season ahead and, despite everyone’s best efforts, we need some more time before it will be ready to run.

“Our absolute priority is to always ensure we bring a car to the track that is the best that it can be and sometimes that takes longer than you’d anticipate or like. It’s clearly not ideal, but equally it’s not the end of the world.

“We will obviously have our work cut out to recover the time lost but we still have seven days of testing left and we will be maximising that time to prepare the car for the first race.”

Williams originally intended to shake down its new chassis at the Circuit de Catalunya yesterday but also failed to meet that target.

The team will begin its testing programme with George Russell at the wheel of the new car on Tuesday morning. He will hand over to test driver Nicholas Latifi in the afternoon. Robert Kubica will drive the new car for the first time on Wednesday afternoon.