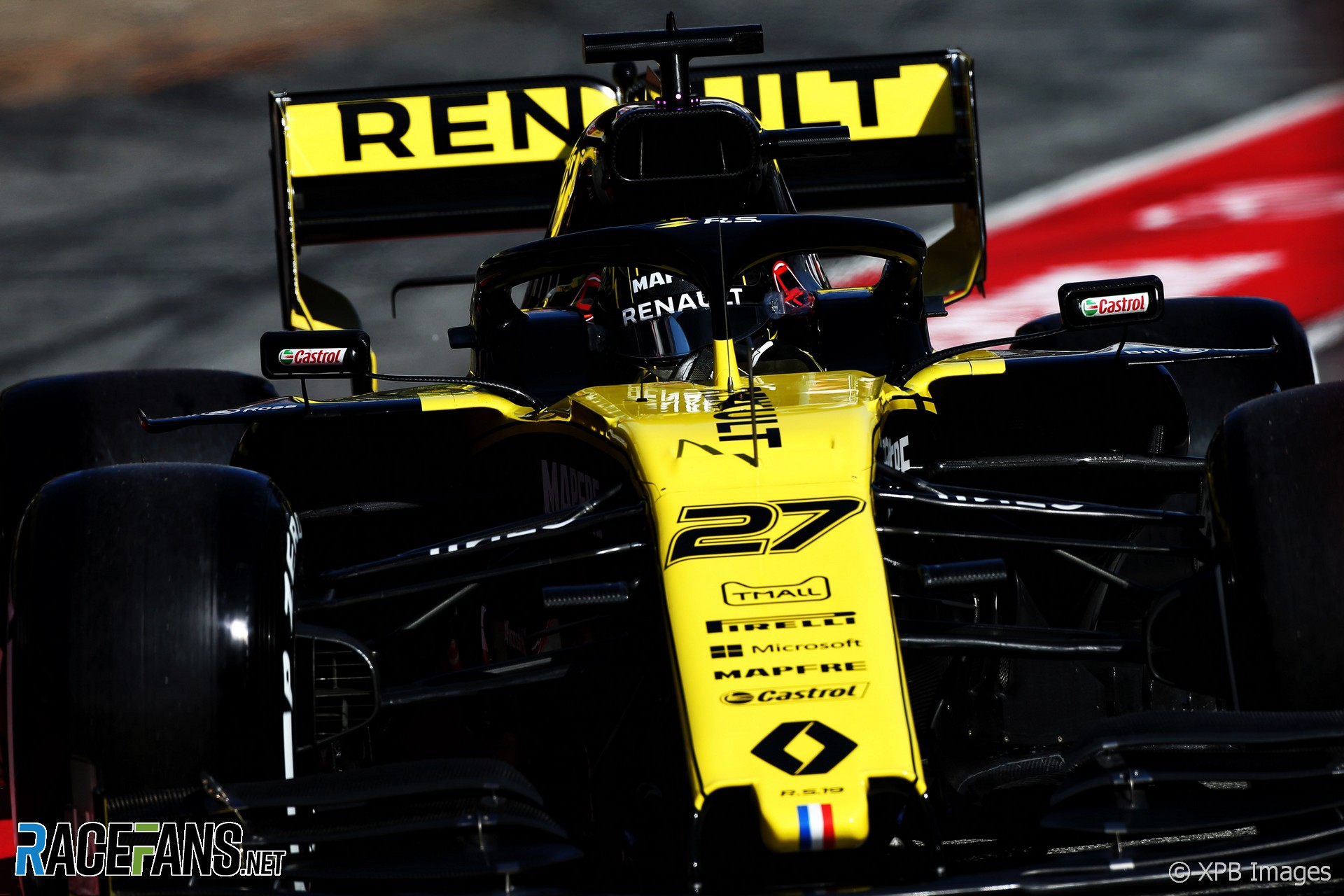 Nico Hulkenberg says the larger rear wings on the new cars for the 2019 F1 season create a significant amount of drag.

Asked whether he could sense an improvement from his first run with Renault’s new power unit at the Circuit de Catalunya this morning Hulkenberg replied: “I would say yes.

“But on the other hand you know we have a lot more drag with the big rear wing so obviously you have less of that sensation. It’s like pulling a parachute now across the straight. You just see that massive rear wing in the mirrors and obviously that has an impact on the feel of power.”

The maximum permitted dimensions of the rear wings have been increased this year to make up for some of the downforce lost due to the simpler front wings teams must now use.

Hulkenberg was restrained in his initial comments after his first morning in the RS19. “First impressions are OK, I would say just alright for now,” he explained.

“The car ran without any big problems this morning, 65 laps I think is a decent start. It doesn’t feel a completely different animal, it was more of a feeling like coming home.

“For me, anyway, it hasn’t changed that much. We have the same steering wheel for example, the seating position is very similar. Perhaps I also wasn’t expecting a huge difference. Obviously the aero regulations it was difficult to kind of anticipate how that would impact the feeling but for now it’s not so different.”

8 comments on “Bigger rear wing feels like a parachute – Hulkenberg”