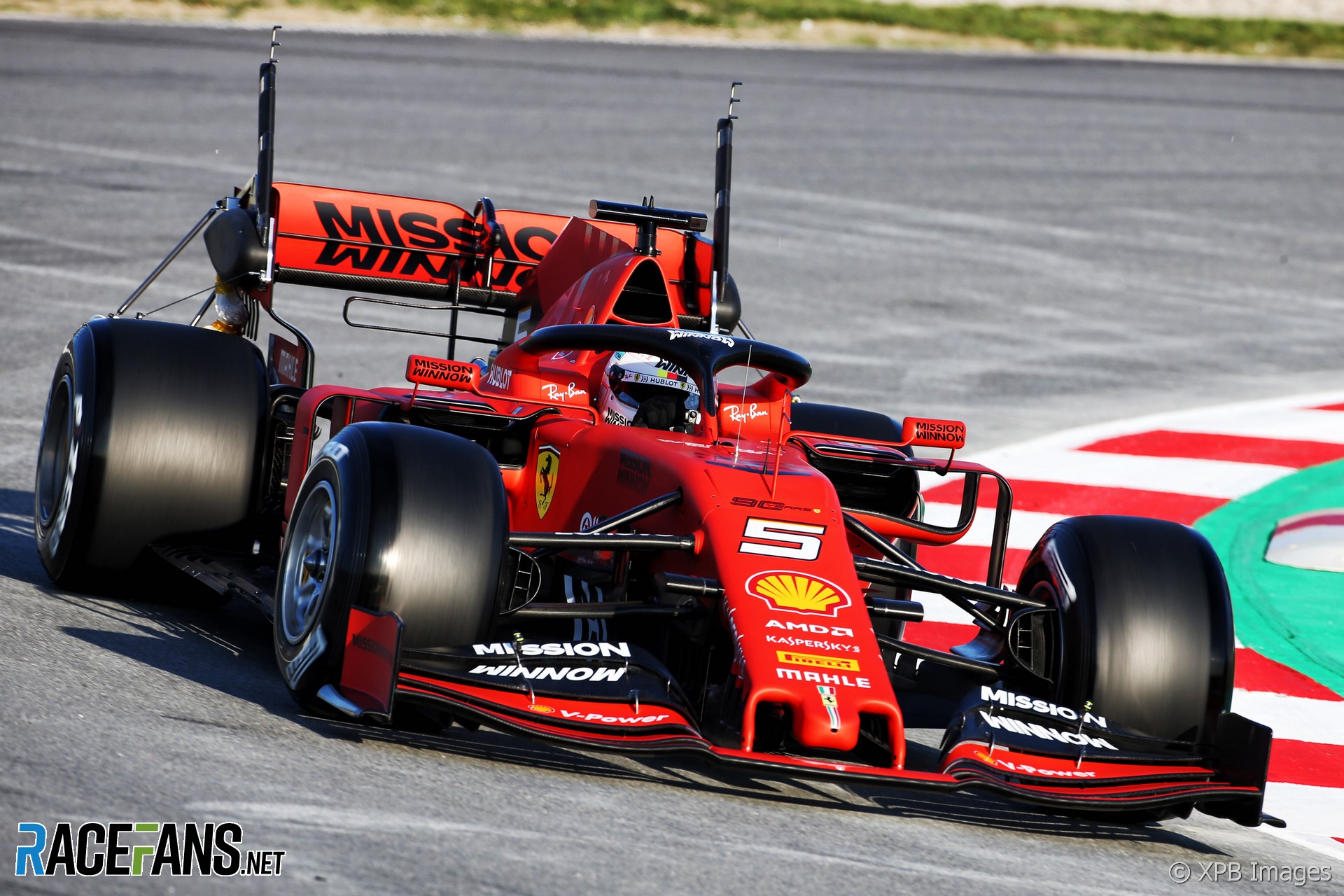 Sebastian Vettel led the first day of testing for the 2019 F1 season.

Ferrari served notice of their intentions on the first day of the new season by both setting the fastest time and covering the most laps of any team. Vettel completed 169 tours of the Circuit de Catalunya – more than two-and-a-half race distances – in eight hours of running.

Carlos Sainz Jnr scaled the times sheets late of the day to end the test second-fastest for McLaren. This came after he caused one of the day’s four red flags when he came to a stop at the pit lane exit with a loss of power.

Stoppages of Kimi Raikkonen’s new Alfa Romeo C38 bookended the day’s proceedings. He got off to an inauspicious start with his new team by spinning off at turn four when the first test of the year was just five minutes old. He was swiftly back on track, however, and logged 114 laps before stopping on the start/finish straight moments before the chequered flag was due to fall.

The day’s other red flag was brought about when Romain Grosjean’s Haas VF-19 pulled up approaching the chicane. He went on to set the day’s third-fastest time, almost a second off Vettel’s mark.

Sergio Perez gave the new Racing Point RP19 its first run but the car, which hadn’t had a shakedown test, only managed 30 laps. This was considerably more than Williams, whose new car has not arrived at the track yet, and isn’t expected to until Wednesday.

Mercedes and Renault, the only teams to split their days between two drivers, occupied the bottom four places on the times sheet.