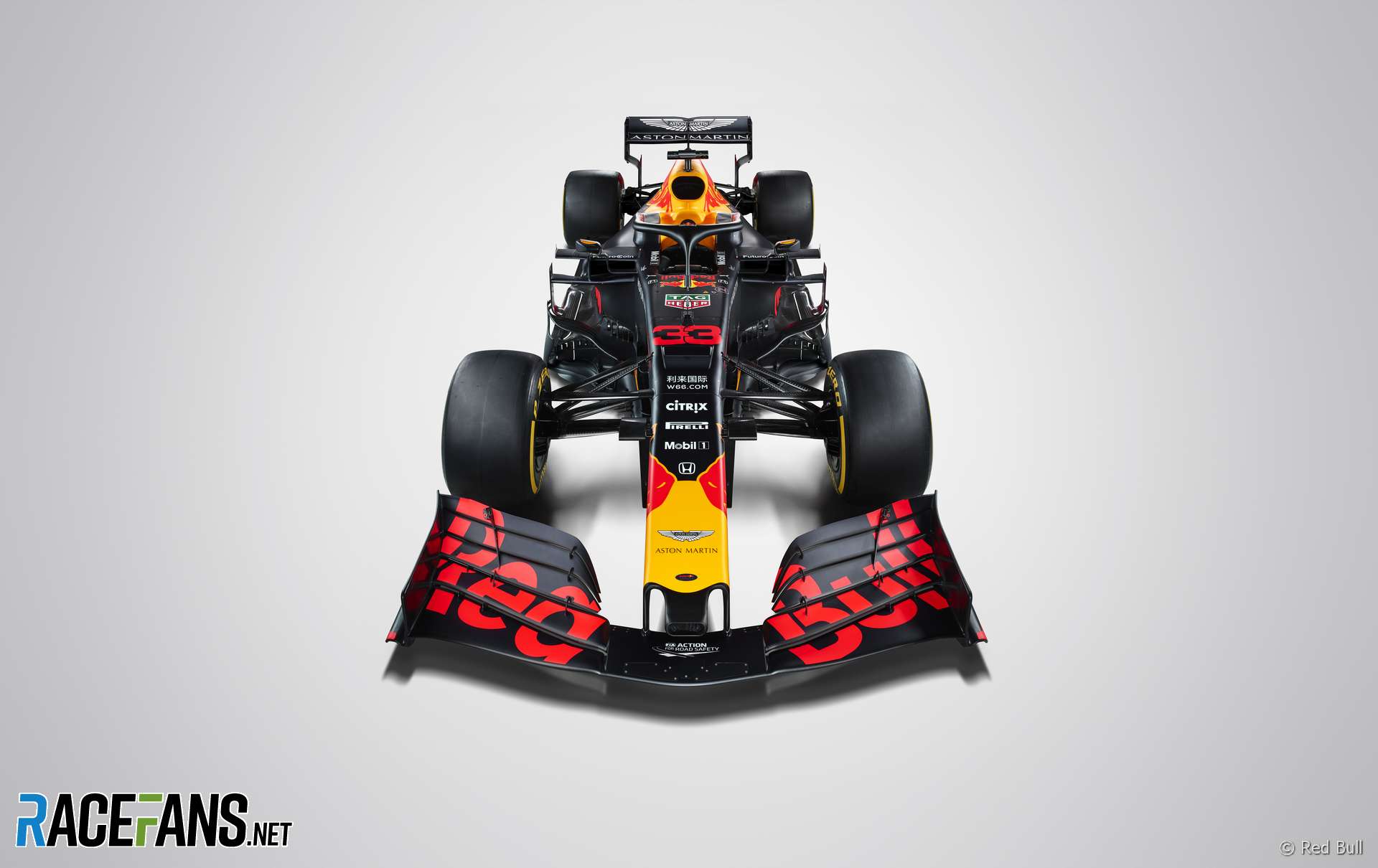 Red Bull’s new RB15 chassis for the 2019 F1 season has been shown for the first time in its definitive livery, having previously been revealed in a special launch color scheme.

The new car, which Max Verstappen is driving in today’s test, is Red Bull’s first car to be powered by a Honda engine.

Speaking ahead of the new car’s first run, team principal Christian Horner said the development of the new chassis and its Honda power unit had been “truly integrated”, but its potential is unlikely to be realised from the first race.

“There has been a colossal effort from both sides over the winter and progress has been made on all fronts,” said Horner. “We also have the benefit of Red Bull Technology working with Honda and Toro Rosso on the drivetrain over the last 12 months, which has significantly aided the integration process.

“However, nobody stands still in Formula 1 and despite progress being made the real test comes when we measure ourselves against our opponents. We will get snapshots of performance during testing but we won’t really see how much progress has been made until two or three races into the season.”

F1 teams are limited to three power units per driver across the 21 races. Horner indicated he expects these restrictions will slow the team’s development rate.

“There will be weekends of good progress but also, given the parameters of the engine rules, there will be times when we will encounter difficulties too. Nevertheless, we are confident that the enormous potential we see in this partnership will deliver consistent progress.”