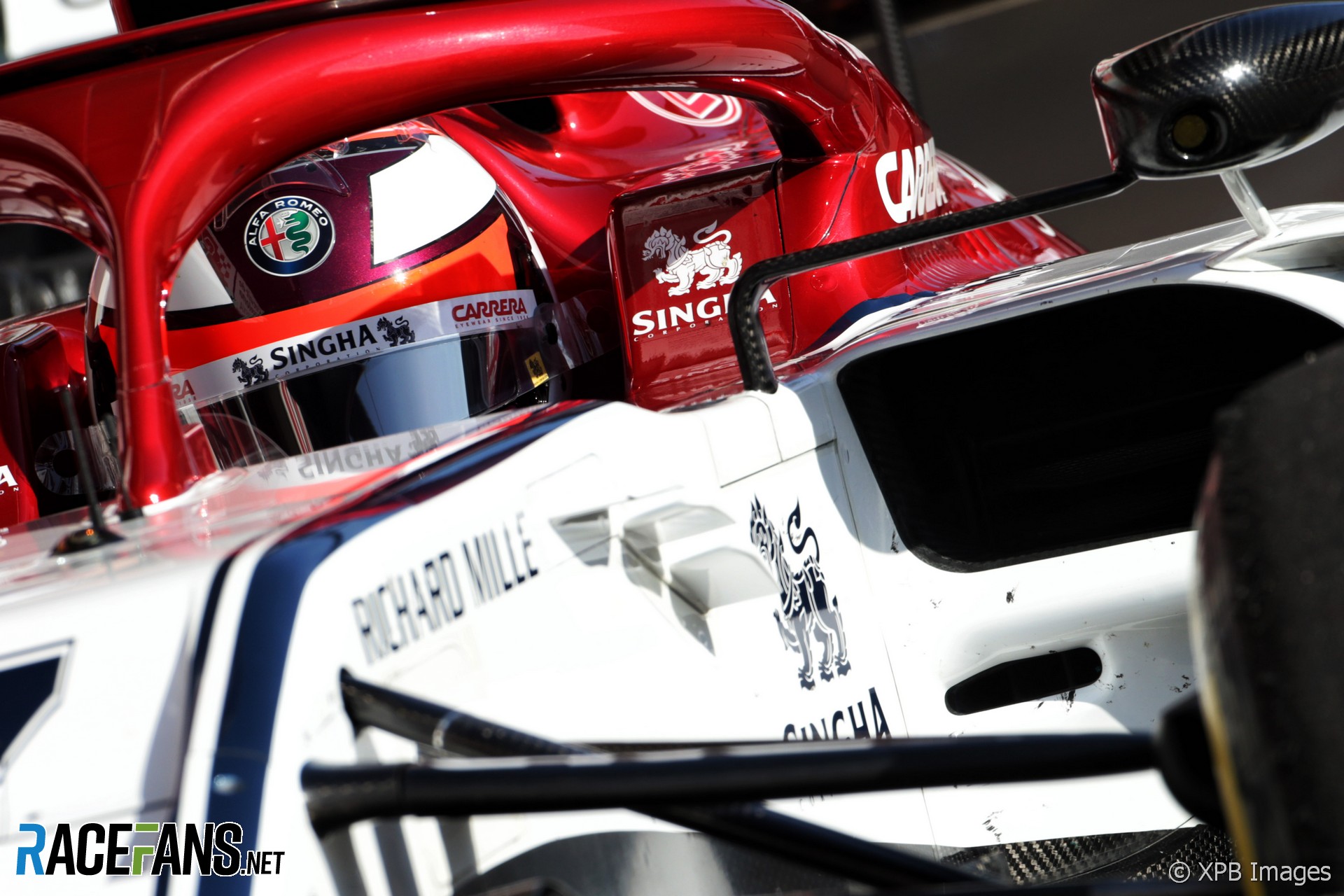 Kimi Raikkonen described his first run in testing for Alfa Romeo as “very, very positive” and believes the team has made big gains during the off-season.

“It’s a very positive feeling,” Raikkonen told RaceFans and other media following his first run in the C38 today. “Straight out, not really doing an awful lot with the car, tried a few things here and there. [I’m] very happy actually.”

Raikkonen had a chance to test the team’s previous car at the end of last season and said they had clearly made progress since then.

“The guys did the very good job over the winter. We have a package that we can work [with]. Everything feels normal and I’m sure like what I tried at the end of last year – the old car from Sauber, this is a Alfa car – it’s a big step for sure. The lap time comes easily, I’m very happy.”

The day did not start as planned as Raikkonen spun into a gravel trap during his first run. However by the end of the day he was one of only four drivers to cover more than 100 laps.

“We expected that everything would run smoothly, apart from my spin,” he said. “I’m not really surprised – any team expects to do good laps in the car.

“I think 10, 15 years ago was a different story. But now the cars are reliable, there’s been a lot of work been done on the car that it’s reliable and we can run laps because it’s important. There’s only a very limited amount of days that we can do testing so we need to put laps and learn from the car. I’m not really surprised at all.

“Obviously last winter with the weather conditions was complete different picture than this year. Everything ran smoothly on the car side so. We give it up and then we’ll do even more laps every day and that’s a key for learning and doing things and then getting to be ready for Melbourne.”

16 comments on “Raikkonen: Alfa Romeo has made a “big step” since last year”