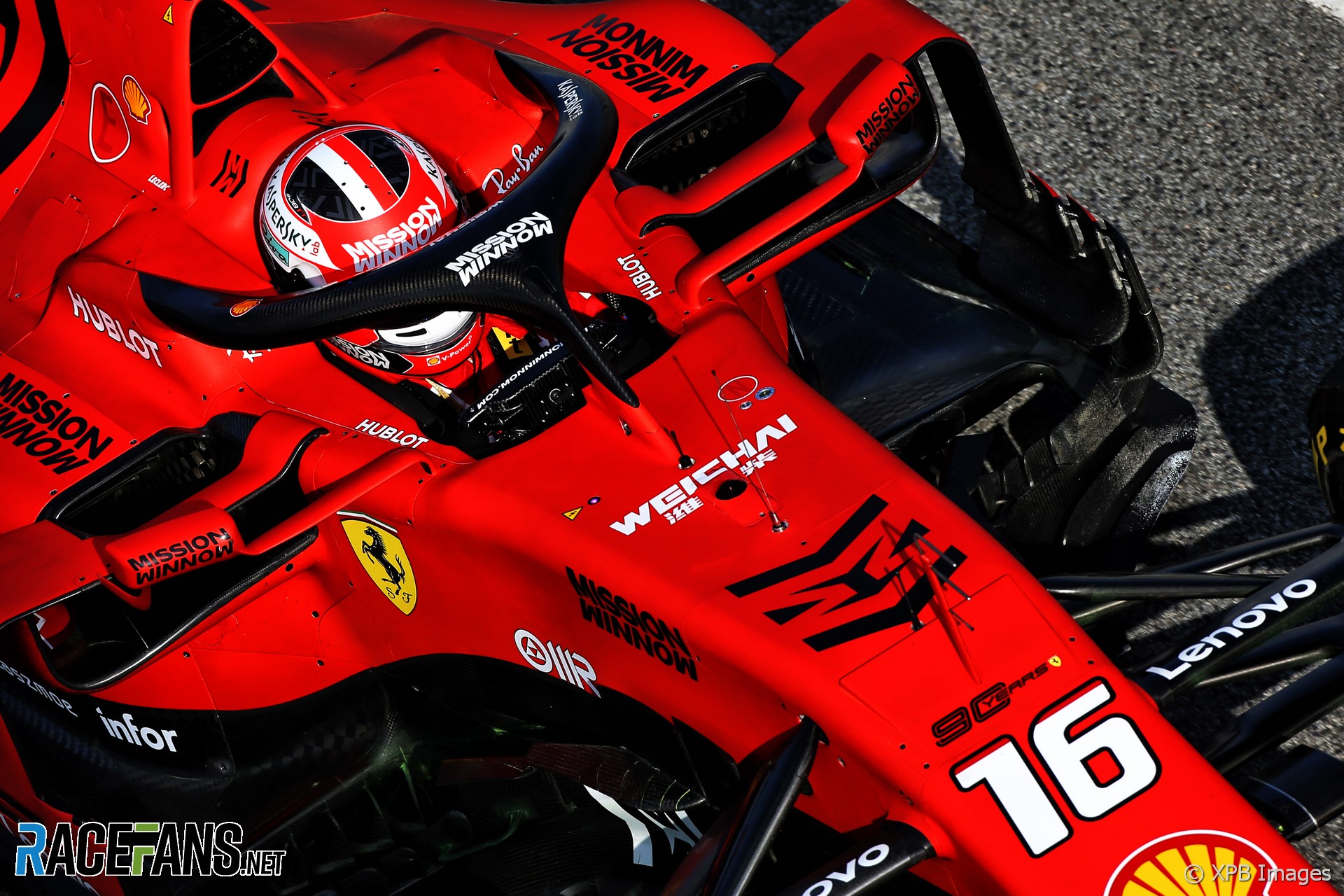 There was a familiar look to the top three at the end of the second day of testing for the 2019 F1 season at the Circuit de Catalunya. As on Monday, Ferrari led McLaren and Haas.

Charles Leclerc, Lando Norris and Kevin Magnussen took over from their team mates on the second day of the test. The Ferrari and McLaren drivers logged over 100 laps each, Norris posting a late flier with two minutes remaining to end the test three-tenths of a second shy of the SF90.

Magnussen had to call time on his first day of testing early as an ill-fitting seat was causing him pain. Haas test driver Pietro Fittipaldi took over the VF-19 for the rest of the day. In a change to the team’s previous plan, he will continue driving tomorrow morning before handing over to Romain Grosjean for the afternoon.

Alexander Albon had a troubled start to his first full day of testing in an F1 car. He spun off at the exit of turn four in an incident team principal Franz Tost blamed on an overnight change to the STR14’s steering set-up. Despite that problem and a further spin later in the day, Albon covered more kilometres than any driver bar his former Formula 2 rival Leclerc.

Mercedes and Renault continued to divide their cars between two drivers, the former this time managing to cover slightly more ground than rivals Ferrari. However Renault’s day was disrupted when Daniel Ricciardo’s rear wing failed on the main straight, which luckily resulted in no worse than a high-speed spin.

Only the Mercedes customer teams failed to break the 80 second barrier around the Spanish Grand Prix venue. Lance Stroll was 11th fastest as he sampled the Racing Point RP19 for the first time, but logged a useful 79 laps after the team’s sluggish start to testing on Monday.

Williams, meanwhile, have still not managed to get their new car to the track. The latest updated from the team indicated the FW42 is unlikely to run until tomorrow afternoon.