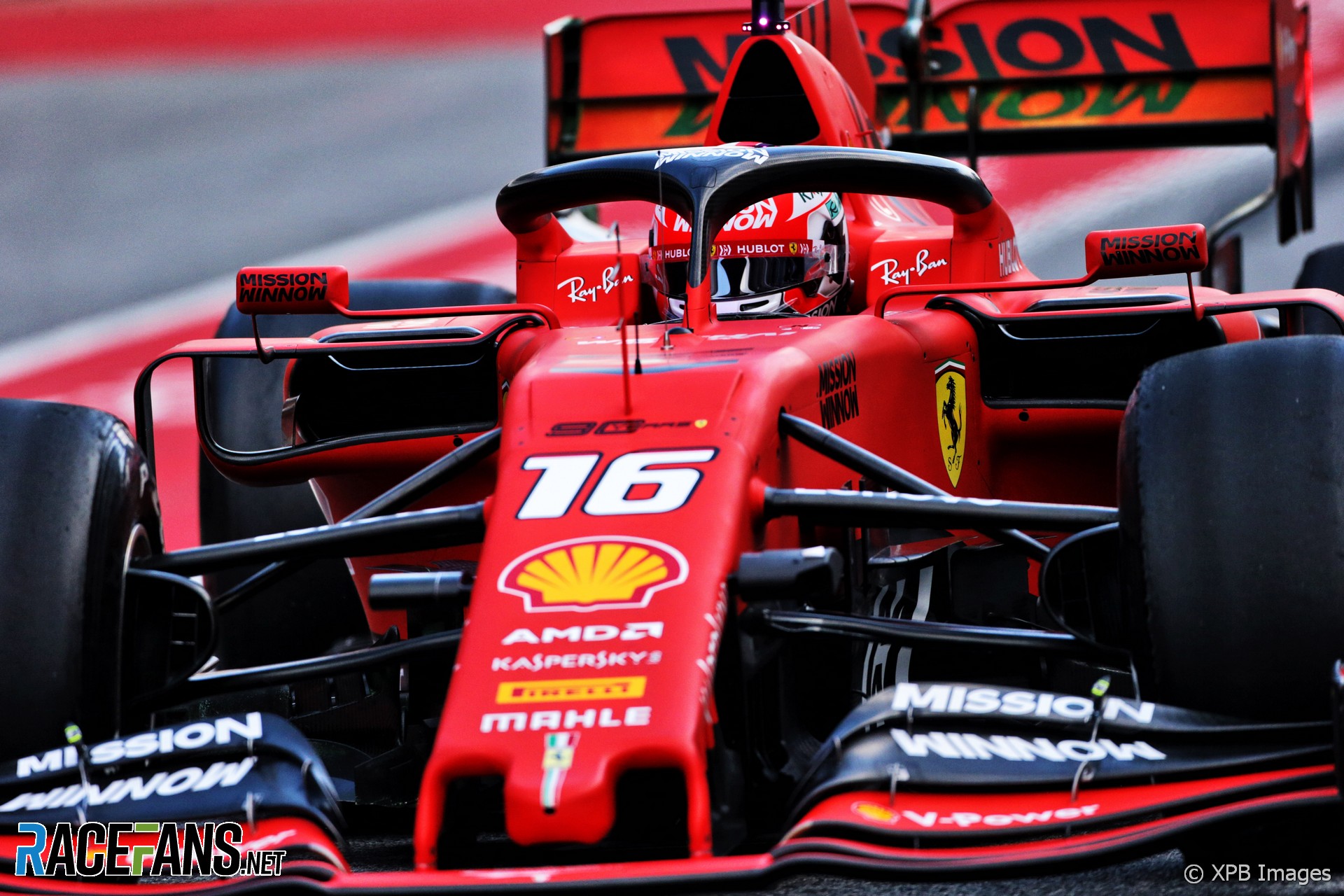 At points through 2018, Ferrari had the best chassis and the best power unit. Its aim for 2019 must be a little more performance and greater consistency.

With the launch of its new SF90, its clear the car is not a radical step, but evolving the previous model within the new regulations. Its clever details are hidden not by the lightweight matte paint, but the similarity to last year’s car is striking. This evolutionary approach is similar to Mercedes and to a lesser extent Red Bull.

It’s the front wing rule changes that are the biggest challenge for the teams this year. Since 2009 the wider front wings have used outwash to improve the car’s overall aerodynamics, pushing the turbulent front tyre wake away from the car’s central bodywork. By being able to use limitless bodywork within the volume allowed for the front wing, by the end of 2018 they had evolved into monstrously complex assemblies of aerofoils, flaps, fins and edges. Now limited to a simple straighter endplate and a stack of just five wing elements, trying to manage front tyre wake has become much harder.

Ferrari have gone for a more considered approach to the front wing rules than the other teams running simpler Version 1.0 wings. So, we see a wing with the flaps which taper up from almost nothing at the endplate, before rising up and then steeply curving down at their inner tips. This concept is taken to an extreme by Ferrari power unit customer Alfa Romeo.

What Ferrari have done is clearly break up the three functions of the front wing; downforce, outwash and Y250. Any front wing needs to create downforce, but contrary to popular understanding, F1 front wings do not have to be massively powerful. They only need to create enough load to balance the downforce created by the rear wing and diffuser. This is easily achieved with just the middle span of each wing.

Creating outwash is the job of the endplate and the outer spans of wing. Last year we saw endplates formed of a series of vanes, while the wings outer tips curled down to form a secondary inner endplate, directing airflow outwards.

Lastly the Y250 airflow is created by the inner tips of each wing. The Y250 term comes from the distance in millimetres from the car’s centreline, which is where the neutral centre section meets the outer wing section. The change in section naturally forms a vortex, which has been put to use by teams since 2009 to flow inside the front wheel and turn outwards ahead of the sidepods.

This aero effect can be seen on damp days as a vapour trail emerging from behind the front tyre. In doing this the Y250 pushes the front tyre wake away from the car, so the combined effect of outwash and Y250 is a push-me pull-you effect of managing the tyre turbulence.

Ferrari, like Alfa Romeo, thought about what the new rules allow and don’t allow you to do for each of these three wing functions. So, they think the outwash effect is better to be created by the endplate alone, rather than an endplate joined by steep wing elements. Thus, the Ferrari wing flattened the wings to nearly nothing as they near the endplate. Next, the middle span is the steepest, this is the part creating the downforce, its clear of the front tyre and works efficiently to create enough downforce. There’s no question that this wing format, despite the smaller flap elements, cannot create the downforce required for the car. Lastly, the Y250 effect is still achieved with the steeply curved inner tips, much in the same way as it was in 2018, despite the regulation changes.

With this package its clear Ferrari have thought through its Version 2.0 wing, that is likely to be copied by other teams as they develop their next generation front wings.

Unlike half of the grid, Ferrari already had the high-top concept in place: it pioneered the current sidepod fashion back in 2017. This year’s sidepod front is tidied up further from the SF71H, hidden within the myriad of vanes around the sidepod front is the inlet itself. This is quite narrow, but appears wider as the vanes surrounding it go to the full width allowed for sidepods. With the inlet being more of a single inlet, rather than the separate top and front inlets used in the previous two versions. The inlet still feeds air downwards and this is aided by the downturned vane spanning the inlet.

Ferrari also merge the bargeboards into the sidepod vanes in an effective manner, with the usual large side panels stepped in shape to meet the lower bargeboard rule.

One of the team’s stated improvements from 2018 is the slimness of the rear end. This is done in a different way to other teams. It’s not the ‘coke bottle’ area that’s been slimmed as with Red Bull or Mercedes, but the upper bodywork. From the reshaped roll hoop inlet, that’s now smaller and more triangular than before, the cross section of the bodywork is much narrower. There’s still the bulge required for the inner airbox ducting, with the thin shark fin formed above, nearly the same depth as last year. Then, the general vertical area is much slimmer, so much so that the exhausts require a bulge as they pass through the engine cover. This change may be down to the lack of cooling radiators mounted above the engine\gearbox or the inlet plenum packaging that feeds the engine with air.

Evident on the Ferrari-powered Haas and Sauber cars, the exhausts are arranged in an unusual stacked format, with the two wastegate pipes mounted above the main tailpipe. This isn’t unique -Renault have run stacked exhausts before, albeit with just one wastegate pipe.

F1’s rules demand there is a separate wastegate pipe to the turbo’s tailpipe, in order to boost the noise the exhaust creates. Ferrari’s two wastegate pipes are in fact a bit of a decoy, as there’s a single wastegate and a single pipe exits towards the rear before splitting into two exit pipes.

In this position it’s unlikely that the exhausts have anything to do with blowing the rear wing, the wastegates aren’t run open when the downforce is required through corners and the top rear wing is too high to be blown, by the low exhausts. So, the odd packaging is likely to be a by-product of the slim engine cover philosophy, as the stacked exhausts are narrower, than a side-by-side pair having to route around the main tailpipe and rear wing mounts.

There’s a common theme evolving around rear wing endplate for 2019, with the wider top rear wing requiring a bigger crease in the endplates. Additionally, new rules close up the drag-reducing louvers that were made into the top corner of the endplate.

To regain the efficiency lost from the additional drag of the bigger wing and louvers, the teams are opening up the rear of the endplate to aid the wing’s airflow expansion. To lower the pressure below the wing, the endplate is opened up and hanging vanes filling the opening. These allow the air to expand horizontally behind the wing, preventing the endplate being too two-dimensional.