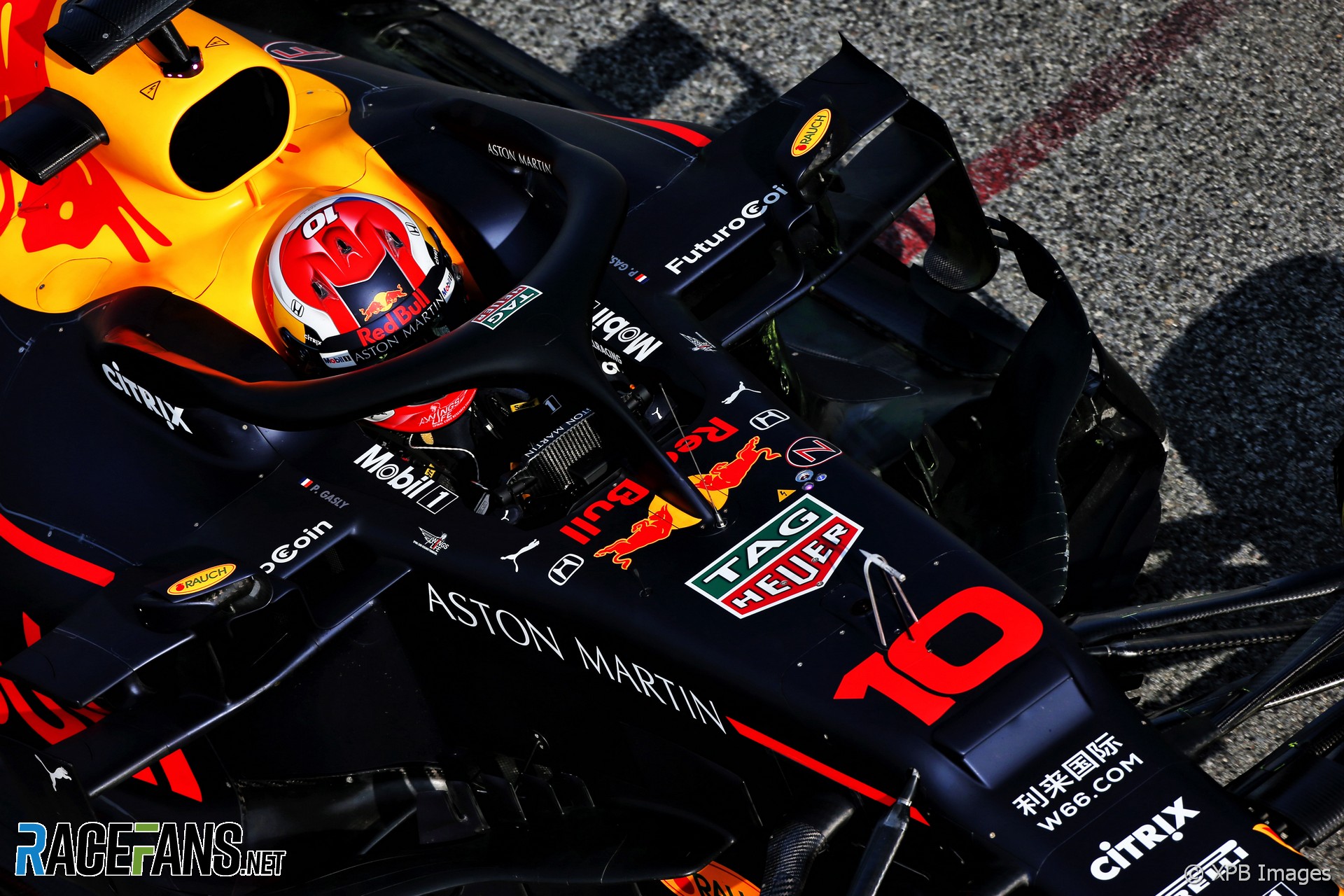 The new Red Bull driver used the manufacturer’s 2018 power unit at Toro Rosso last year, giving the team a point of comparison between the two.

“It’s a bit early to really compare but the first feeling is positive,” said Gasly after his first run in the RB15 today. “I think that they did a really good job over the winter.

However Gasly said it’s still early days for the team in understanding how competitive it will be in 2019.

“I think it’s too early to talk about expectations at the moment. We need to understand the overall performance of our package.

“It was important for us to have the first feedback with this car but so far everything’s good. We tested some really positive things, some other negatives and we need to understand a bit more before [we] have any expectations.”

Gasly’s test was curtailed early when he spun into a barrier. “At the end I was at turn 10 and came back on the power and as I up-shifted to fifth I lost the rear and I lost the car,” he explained.

“It was quite annoying to lose the last hour of testing today,” he added.