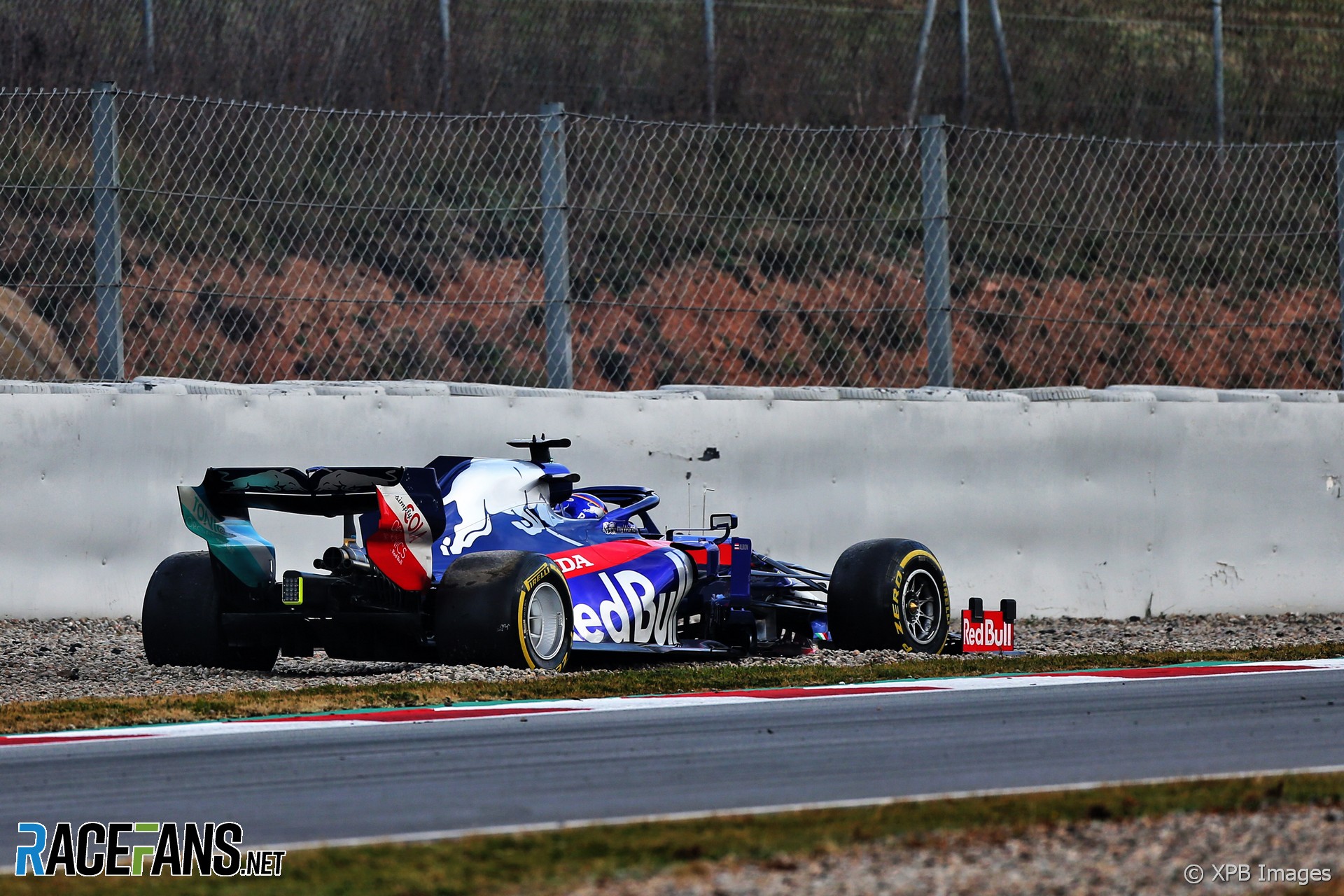 Ferrari remained at the head of the time as testing stopped for a one-hour lunch break on day two at the Circuit de Catalunya.

Charles Leclerc, who has taken over from team mate Sebastian Vettel at the wheel of the SF90, got within a tenth of a second of his team mate’s best time from yesterday.

A late improvement by Kevin Magnussen meant Ferrari-powered cars swept the top three places during the first four hours of running. The Haas driver was the only one to get within a second of Leclerc, edging Antonio Giovinazzi by less than a tenth of a second. The Alfa Romeo driver had a trip through the gravel trap at turn 12 when he got too close to the back of Pierre Gasly’s Red Bull.

Lando Norris followed closely behind the two Ferrari customers in his McLaren MCL34. For the second day running McLaren were the first team to hit the track as soon as the track opened.

Out of the nine cars which ran – Williams still being confined to their garage – Renault covered the fewest laps after Daniel Ricciardo suffered a dramatic rear wing failure. The rear flap on his RS19 came off on the main straight and Ricciardo spun when he reached turn one, fortunately without hitting anything.

The day began badly for Alexander Albon who suffered a spin in his Toro Rosso during his first lap. That forced the session to be red-flagged within moments of it starting.

Team principal Franz Tost blamed the spin on steering wheel setting the team had changed overnight. Albon had another quick spin on the approach to turn 10 later in the session, but was able to continue.

36 comments on “Leclerc keeps Ferrari ahead as Albon spins”