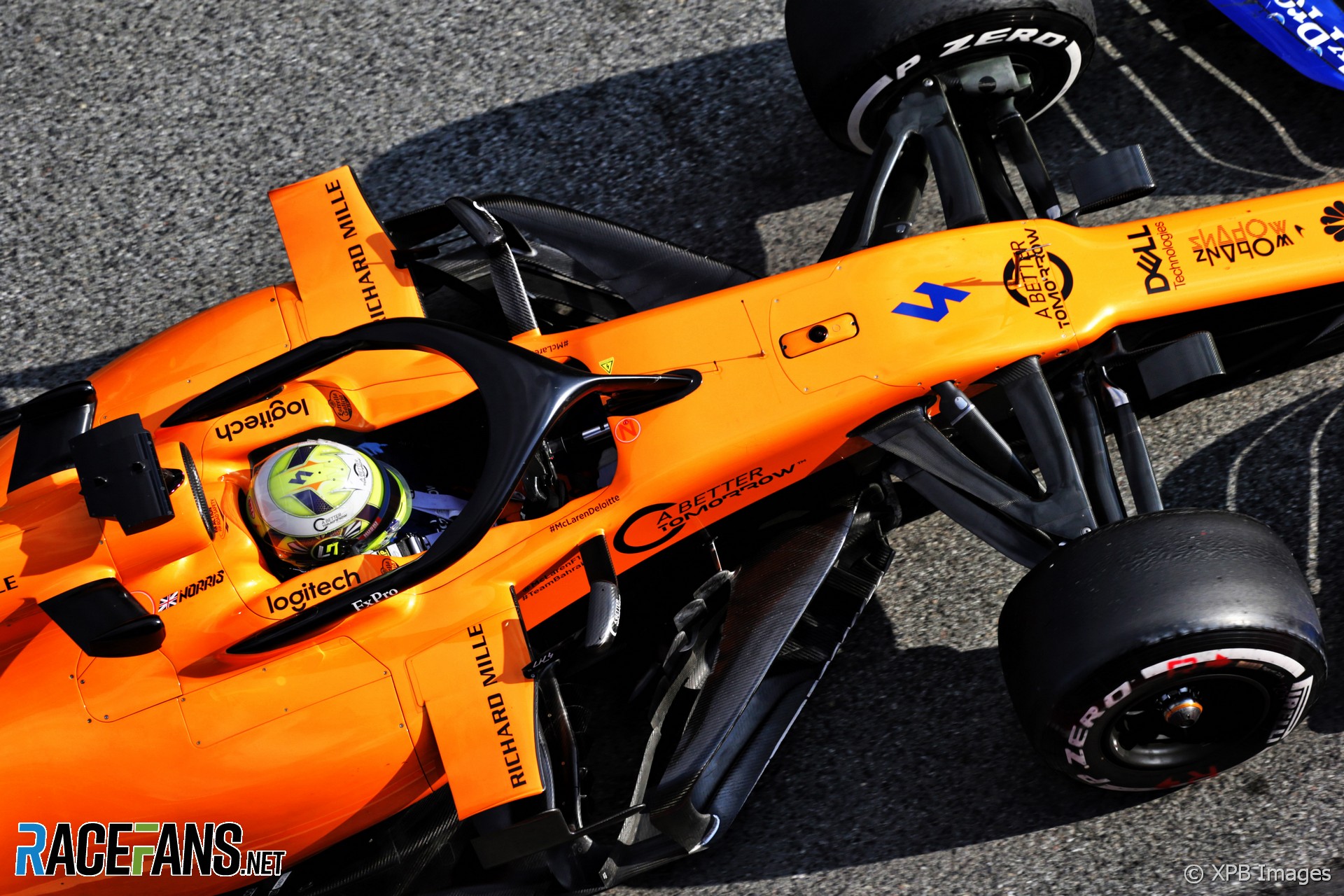 Lando Norris says McLaren has an idea what problems it may encounter with its new car for the 2019 F1 season and is ready to tackle them.

The team ended testing second-fastest for the second day in a row on Tuesday when Norris drove the car for the first time.

“I managed to do some longer runs, something I haven’t done so much of in any of the tests I’ve done so far,” he told RaceFans and other media at the Circuit de Catalunya. “So for myself it’s good to know that we can get through pretty much a whole day with no big problems.

“But it’s only day two. I’m sure we’re going to run into a couple of problems at some point. It’s just making sure we can get through this whole test.

“We know what that problems might be on the car that could come up so it’s just making sure we figure them out before Australia and [they don’t] pop up knowing that we could have fixed it at some point over the next two weeks.”

McLaren endured a difficult 2018 when it discovered a fundamental aerodynamic problem on its car mid-way through the season. Norris said the new MCL34 is much changed compared to its predecessor.

“Overall it’s a different car to last year,” he said. “There’s a lot of different things, also the car is very different terms of aero compared to last year with the [rules] differences.

“So some things we’ve improved on from a car perspective but there’s a lot to work on. A lot of stuff that we’ve learnt over the last two days that we need to fairly quickly develop and improve on for the rest of the test, but also going into the first race. So it’s hard to say exactly if all the problems are gone.

“There’s still some things that we struggle with, it’s not a perfect car for sure, but I think so far so good and between Carlos myself, [we’re] reasonably happy with how things felt so far. ”

4 comments on “Norris: McLaren ‘knows what the problems might be’ on new car”