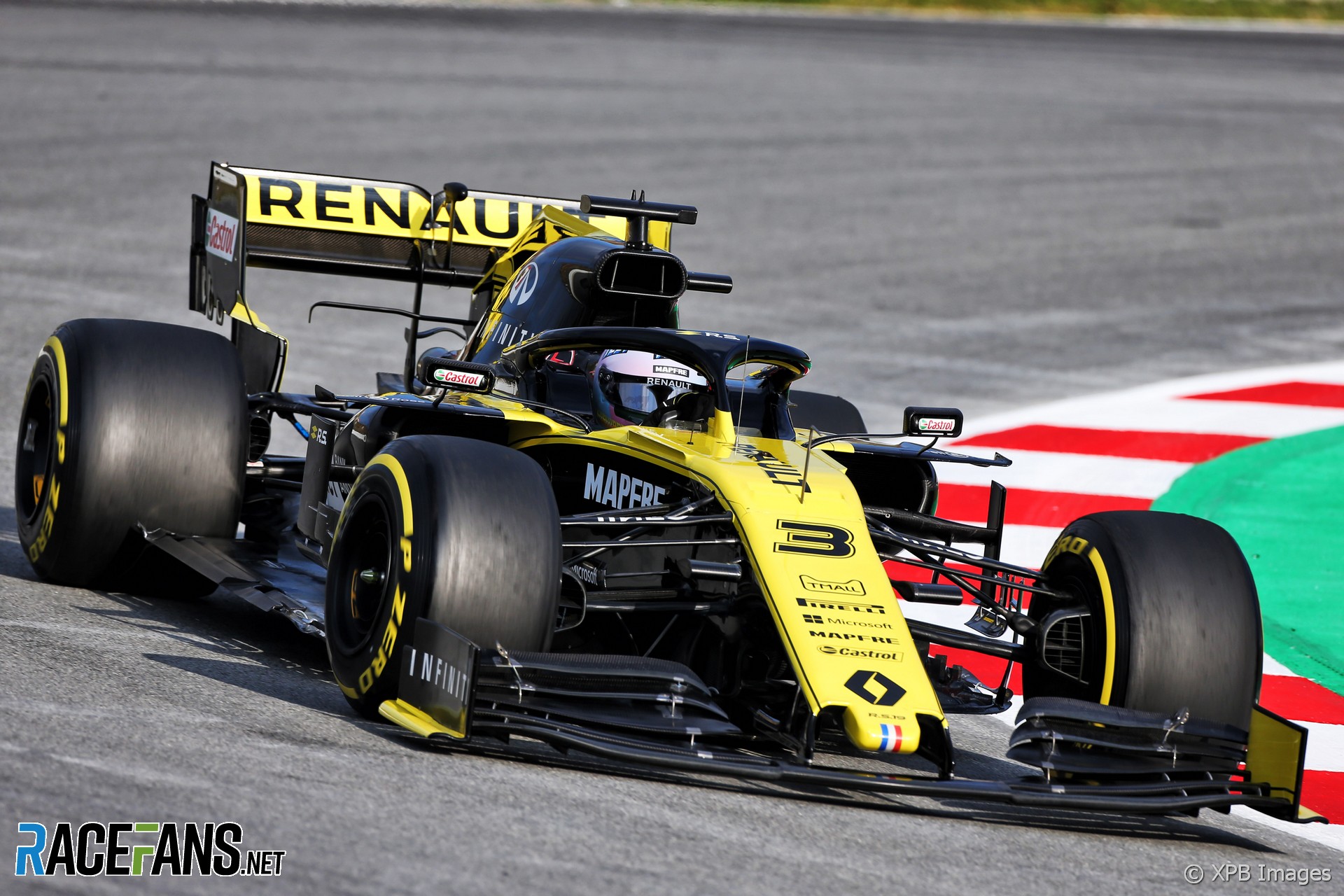 Daniel Ricciardo described the moment he suffered a high-speed rear wing failure on his Renault during testing this morning.

The DRS flap on Ricciardo’s RS19 failed as he was accelerating along the longest straight at the Circuit de Catalunya.

Asked for his impressions of the new rear wing, which has been enlarged for 2019, Ricciardo joked: “When it was on and it was okay.

“But when it broke it’s like going into the corner with the DRS open. As soon as I braked I lost the car and spun.”

Although Ricciardo managed not to hit anything the failure has disrupted Renault’s progress on the second day of pre-season testing.

“We avoided the wall but just coming back to fix the wing and all that, it obviously takes some time. And parts as well – at testing you don’t have a whole lot of parts. My morning was was done after that.”

Nico Hulkenberg has taken over from Ricciardo for the afternoon session.

“I know they’ve got a lot of laps in store for him this afternoon so hopefully all goes well and he’ll give a bit more feedback. Obviously my reference now when I’m talking to the team is Red Bull but his is last year’s car so both points of view is quite interesting for the team to hear.”