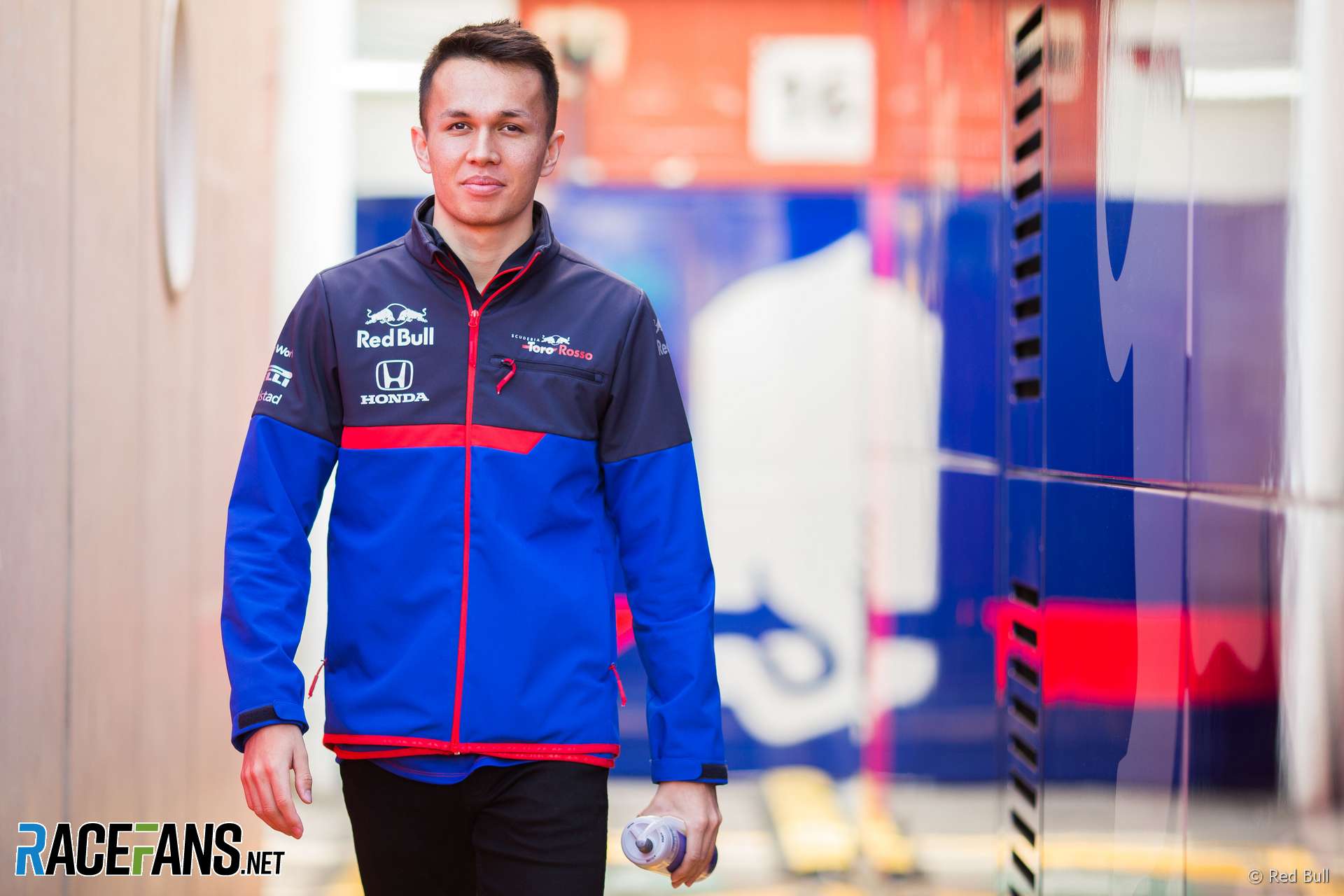 Alexander Albon, who will drive a Formula 1 car for the second time in his career in today’s test, has been tipped to “surprise” in his debut season by his team principal.

Toro Rosso’s Franz Tost said he is encouraged by the potential shown by Albon, who has stepped up to F1 having finished third in Formula 2 last year.

“All the meetings I had so far with Alex keep me quite optimistic,” Tost told RaceFans and other media at the Circuit de Catalunya yesterday.

“I expect that he could become a positive surprise of the year because people don’t know him so much and we observed him last year and also the years before.”

Albon, who was dropped from the Red Bull Junior Team in 2012, compared favourably to new Ferrari driver Charles Leclerc earlier in his career, added Tost.

“We must not forget he was successful in Formula Three in GP3, he was together with Leclerc, he also could beat him a couple of times. And in Formula Two he showed real some good races, good overtaking manouevres.

“He won four races and in the simulator he did a good job. [On Tuesday] he is sitting the second time in the car because the first time was in Misano during the filming day and he liked it and I am more than optimistic that he will do a good job.”