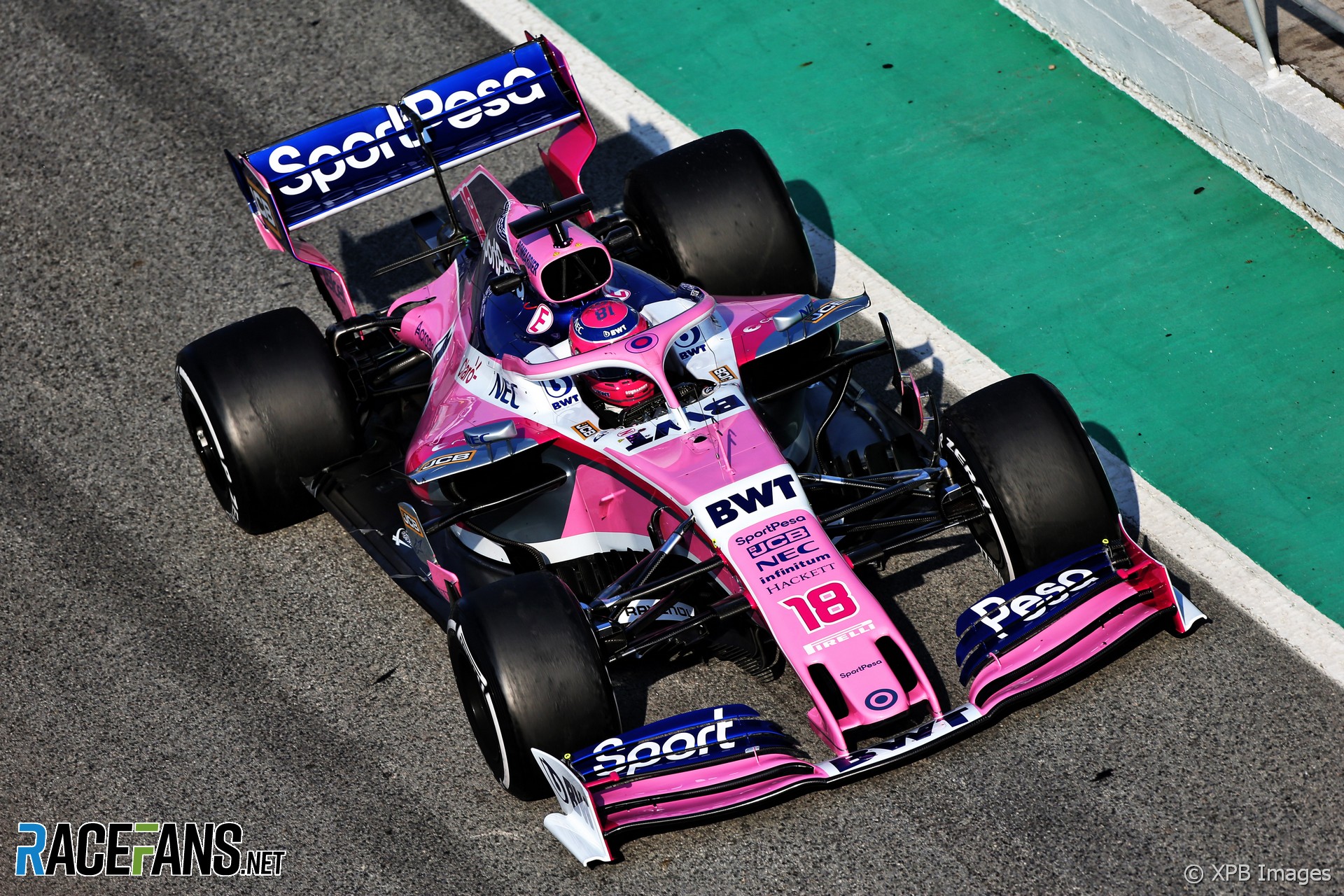 Racing Point’s new RP19 chassis for the 2019 F1 season is closely based on last year’s car as it was designed while the team was in administration.

The team, formerly known as Force India, went into administration in July last year. Design work on its 2019 car had begun and as technical director Andrew Green explained, the team had to make conservative choices due to its financial situation.

“Some of the decisions we had to make on this car were made whilst the company was in dire straits and it was going through administration,” he told RaceFans and other media today.

“We didn’t really know what was going to happen with the company and we had to make some quite big decisions on what were going to do with this car that we’ve got here now because there was a chance the team weren’t going to get the big cash injection and we were going to still going to have to try and get a car out with no money.

“So some big decisions were made. The chassis is effectively last year’s chassis. The gearbox is last year’s gearbox. So in that respect there’s a lot of continuity.”

The team’s assets were later purchased by a consortium headed by Lawrence Stroll, who re-entered it into the championship under the name Racing Point and invested heavily in the team. But the team didn’t know this was going to happen when the car was designed.

“We haven’t been able to do some of the changes that we’d probably like to have done,” said Green. “Had we been able to predict the future we probably would have done things slightly differently.

“But we weren’t to know. We had to make some decisions to ensure that it gave us the best possible chance to get a cat here today assuming that a big cash injection wasn’t going to happen. Luckily it did and it allows us to do other things.”

Green said the team intends to introduce a significant upgrade to its car at the first race and expects they will be able to develop it more quickly following the investment from its new owners.

“It’s going to be continuous development throughout the season. Because of the change in regulations the development slope that we’re seeing, the increasing performance week on week, is very large. So if we’re now in a position where we can bring parts to the car on a regular basis because the development is so steep, we will because we can’t afford not to.

“That’s going to be true of the car that runs in Melbourne, it’s going to be a step change from where we’re running here. But then that will continue. Maybe not every race but at very short intervals, reasonable changes to the car, until the performance starts to asymptote.

“We can do that now. We can start to develop in the same way as our competition have been developing forever. It’s a new thing for us.”