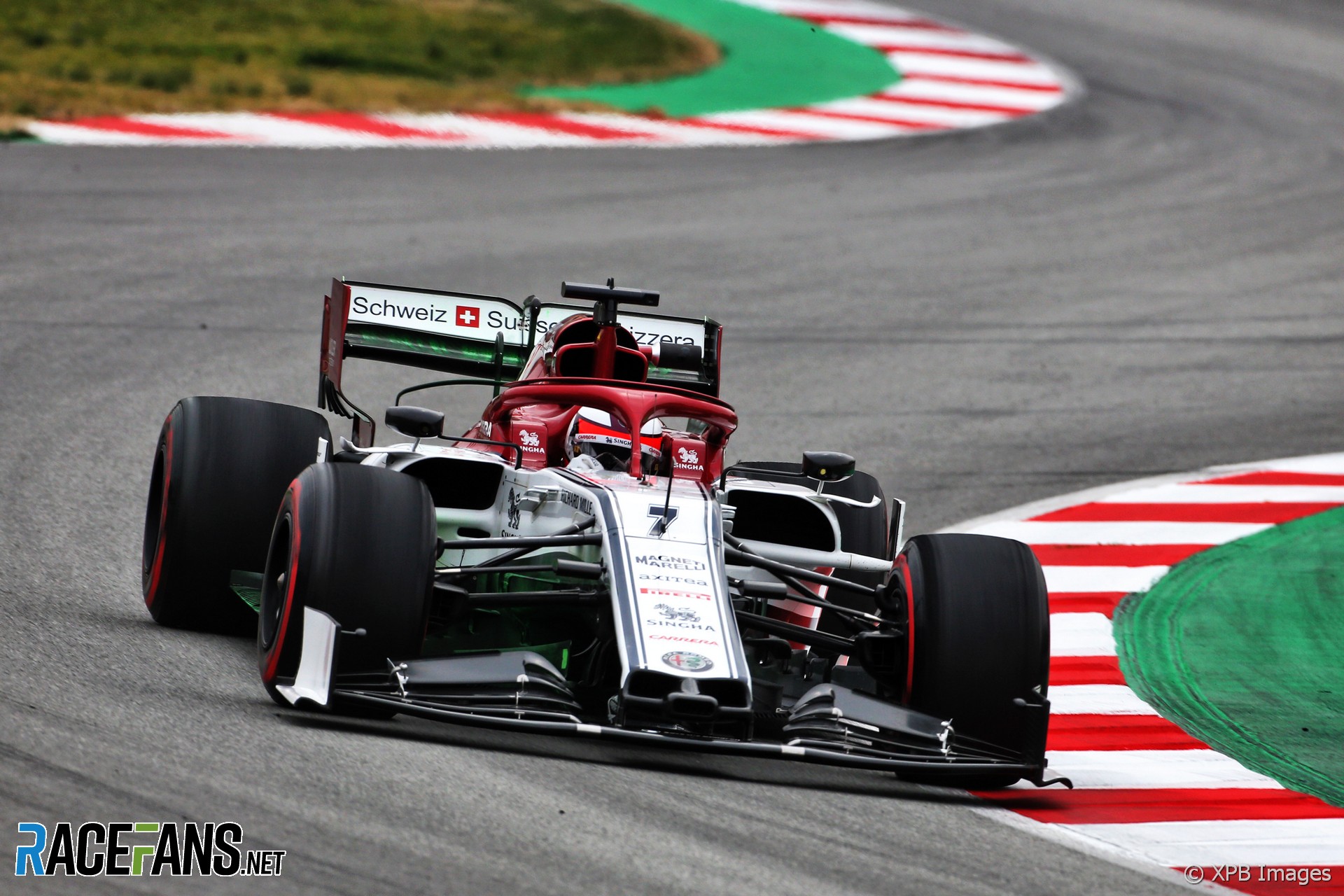 Kimi Raikkonen revealed a little more of Alfa Romeo’s potential by setting the fastest lap of testing so far during the morning session at the Circuit de Catalunya.

Using a set of C5 tyres, the softest compound available, Raikkonen produced a lap of 1’17.762, cutting nearly four-tenths of a second off the previous best time set by Sebastian Vettel on Monday. The Ferrari driver had to settle for the second-fastest time.

Nico Hulkenberg led another three teams who improved on their best time of the test so far. He posted a 1’18.800 to put his RS19 in third place. Daniil Kvyat got the Toro Rosso up to fourth with a 1’18.897, just two-thousandths of a second quicker than Max Verstappen.

The Red Bull driver only covered 33 laps during the morning session as the team experimented with different aerodynamics set-ups. This including running a ‘Montreal-specification’ low-downforce rear wing at one stage.

Pietro Fittipaldi caused the only red flag of the morning session when his Haas came to a stop. He set the sixth-fastest time, and will hand the car over to Romain Grosjean for the afternoon’s running.

McLaren did not run at all in the first two hours of the day after discovering a gearbox problem on Carlos Sainz Jnr’s car while it was being worked on overnight. Once on the track he covered 27 laps, and had a minor off-track excursion at turn 14.

Valtteri Bottas was the slowest of the drivers to set a time but covered the most laps in his Mercedes W10. Williams have still not run their 2019 car but the FW42 has arrived at the circuit and the team expects to finally get its testing programme underway this afternoon.