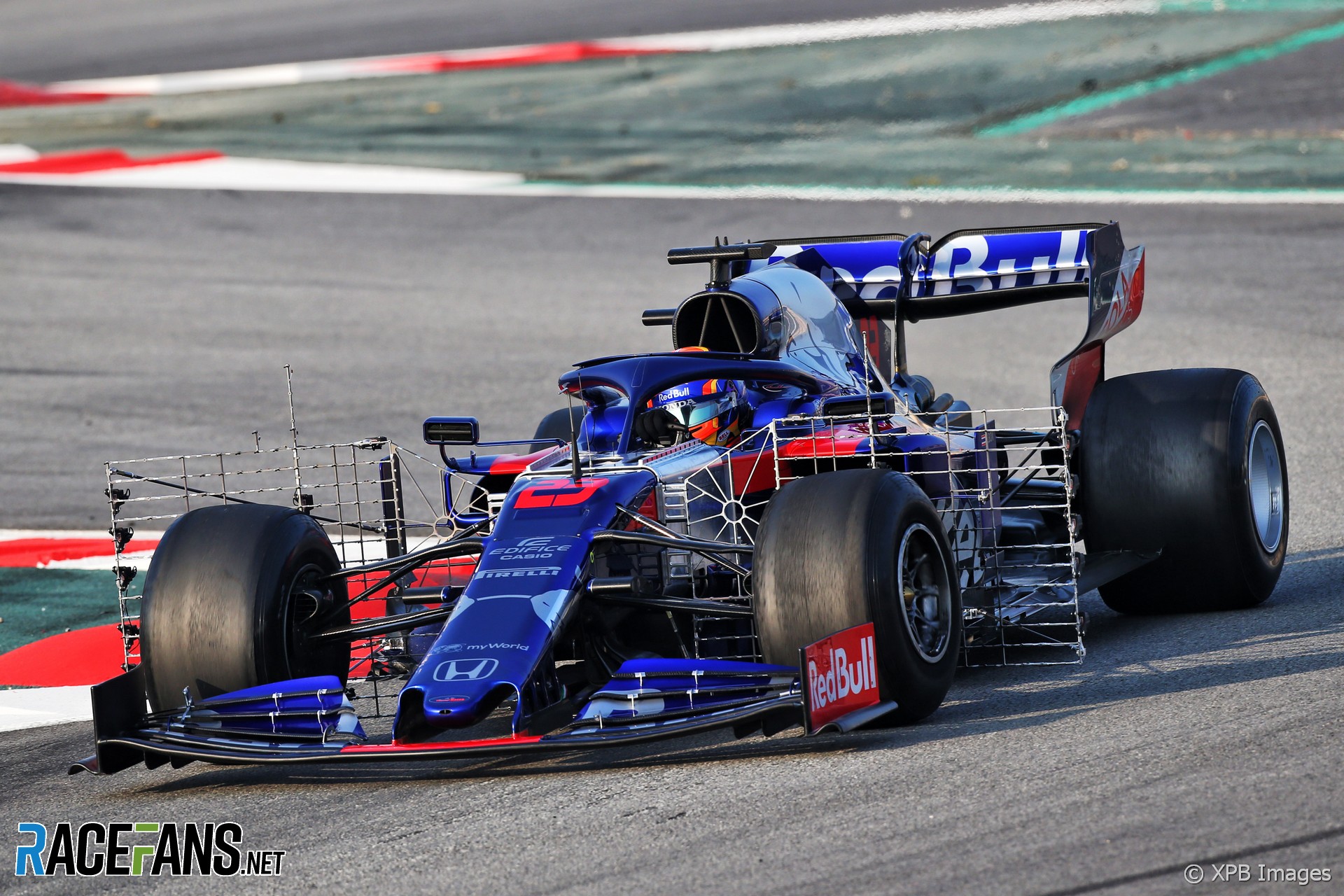 Toro Rosso picked up where they left off on third day of testing as Alexander Albon lowered their best time of the test so far.

Albon posted a best time of 1’17.637 on the morning of the fourth day of testing, six hundredths of a second inside team mate Daniil Kvyat’s benchmark from yesterday.

More than half of the teams have improved on their previous times today. Daniel Ricciardo put Renault second-fastest with a best time of 1’17.785, while Lewis Hamilton was just under two-tenths of a second slower in his Mercedes.

Charles Leclerc lowered Ferrari’s best time of the day to a 1’18.046 while also covering the largest individual mileage of any driver, managing 75 laps. He did, however, lose some front bodywork from his SF90 and went off at turn five.

Haas suffered no apparent repeat of their electronic problems from yesterday as Romain Grosjean set the sixth-fastest time.

Lando Norris caused the only red flag of the session when he went off at turn five shortly after testing began. His McLaren came to a stop in a gravel trap and was undamaged, and he resumed lapping soon afterwards.

Having only joined in the test yesterday, Williams managed the first serious running with its FW42. Robert Kubica put 48 laps on the chassis, running with a large array of flow-detection sensors for his early runs. Kubica, the last of this year’s race drivers to take part in testing, also had a brief spin at one point.