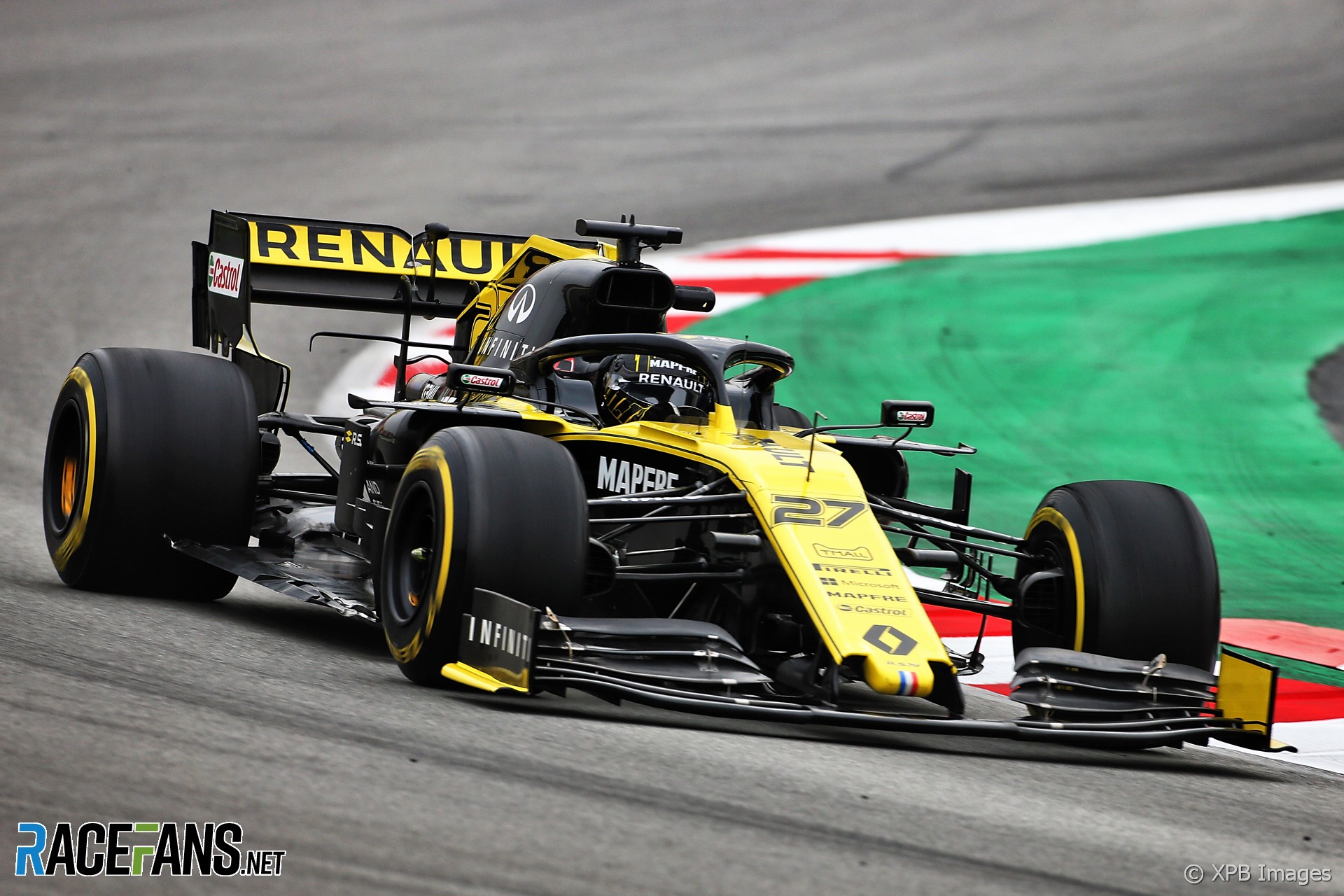 The first test for the 2019 F1 season ended with Nico Hulkenberg on top of the times for Renault and team mate Daniel Ricciardo third-fastest.

Hulkenberg’s lap of 1’17.393 stands as the best time of the test, and was set after Renault corrected a problem with their car’s Drag Reduction System which caused a high-speed spin for Ricciardo earlier in the week.

The two RS19s were split at the top of the times by Alexander Albon of yesterday’s pace-setters Toro Rosso.

Mercedes also revealed more of their pace on the fourth day of testing. First Lewis Hamilton, then Valtteri Bottas lowered their best time of the week so far, the later ending the day on a 1’17.857.

Ferrari did not manage to break the 78-second barrier but Charles Leclerc completed 138 laps. He had a brief run through a gravel trap at turn four early in the day.

Lando Norris, seventh-quickest, came to a rest at the same point on the track shortly after the test began. That caused the first of four red flags, though he still completed the equivalent of two races distances in his McLaren.

Hulkenberg caused the second of the day’s red flags shortly after setting his quickest lap time. The other two came within quick succession of each other at the end of the day, as Antonio Giovinazzi’s Alfa Romeo halted running once with eight minutes to go and then again for good a few minutes later.

Williams put 65 laps on their FW42 in their first full day of testing. Robert Kubica drove the car in the morning, becoming the last of this year’s race drivers to sample his new machine.