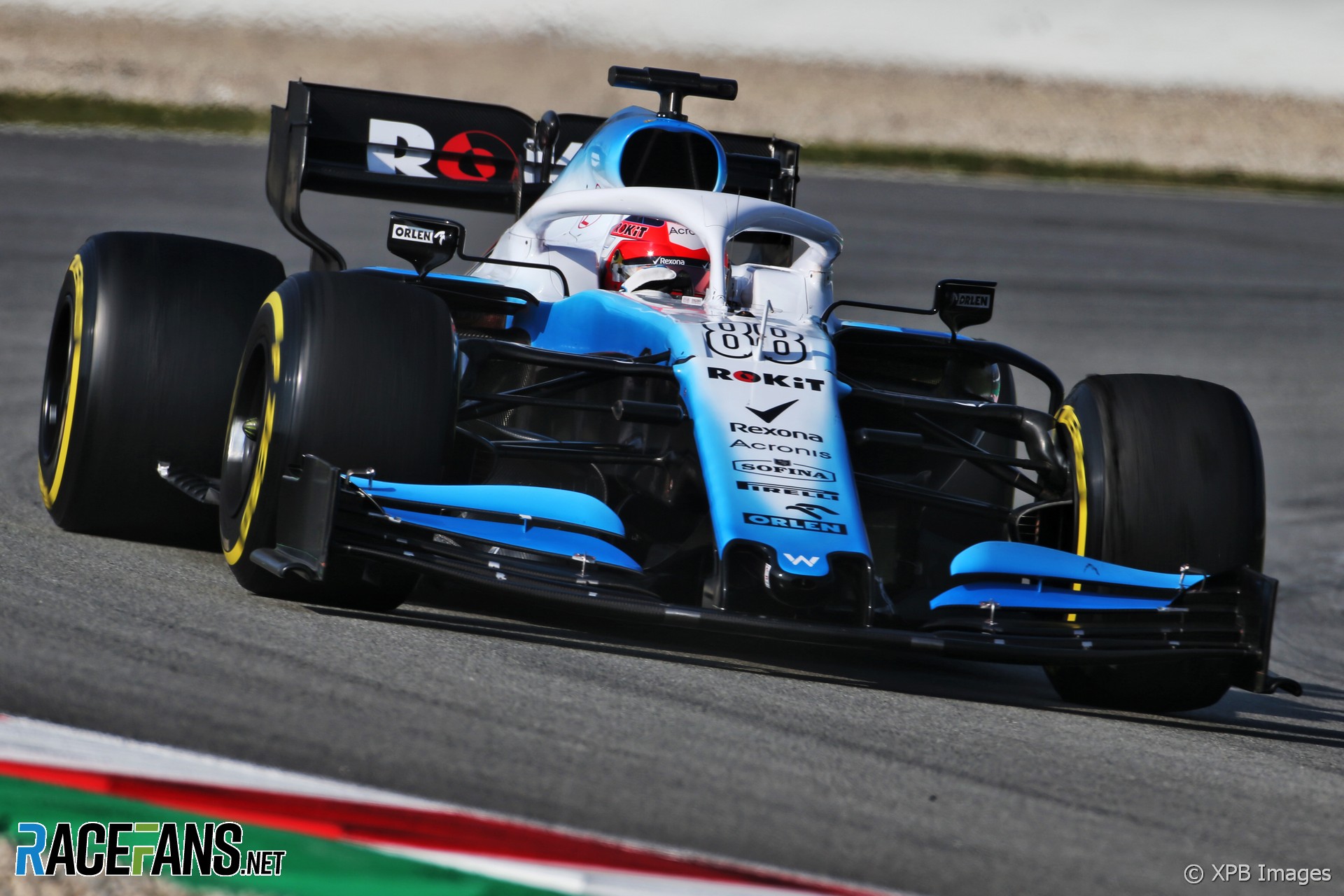 Robert Kubica praised how quickly his Williams crew completed building the team’s FW42 chassis after it was hit by delays.

The team’s car ran for the first time on the third day of testing, five days later than planned.

“It’s not ideal but it looks like I learned that in life nothing can be ideal,” said Kubica. “We have what we have and I think still the team did the good job to bring and to build up the car in probably five times shorter time than normally should be. So we have to have big respect.

“But on the other hand we have to understand what happened because [we lost] in the end four days or three days.”

Kubica, who has handed the car over to team mate George Russell for the rest of the day, said he hasn’t been able to do any preparation for the first race of the season yet.

“Definitely we cannot talk [if] I did prepare something for Australia. I’m in the same situation as I was one month ago, three months ago. So this week it was more about getting something done for the team which was a big challenge to bring the car first and now we are here it’s more about prepaying the car for next week.”

“It doesn’t feel like day four of testing,” he added, “it felt like day one. So I get the opportunity for 12 laps to get a feel of the car which is of course limiting. But at least most of the stuff we achieved, not all, it wasn’t an easy morning.”

Kubica arrived at the circuit on Friday ahead of the team’s intended first run of the car in a filming day last weekend. “I never waited so long to get the 12 laps I could drive my own pace,” he said.

“Well actually I did some tests in the past where I was on the track for two days and I [didn’t] jump the car so it’s not the first time situation for me.”

He admitted the FW42 is still missing some vital parts. “You can get a feel of where it is,” he said. “It’s not like the car is completely off.

“I think there is still something to put on the car, probably not a lot but there are for sure things which were compromised. But it is not right that I talk about them.

“I’m here for driving so I have to concentrate on this. Finally I have a car so hopefully next week we can concentrate on preparing better for our first race because it is very close.”