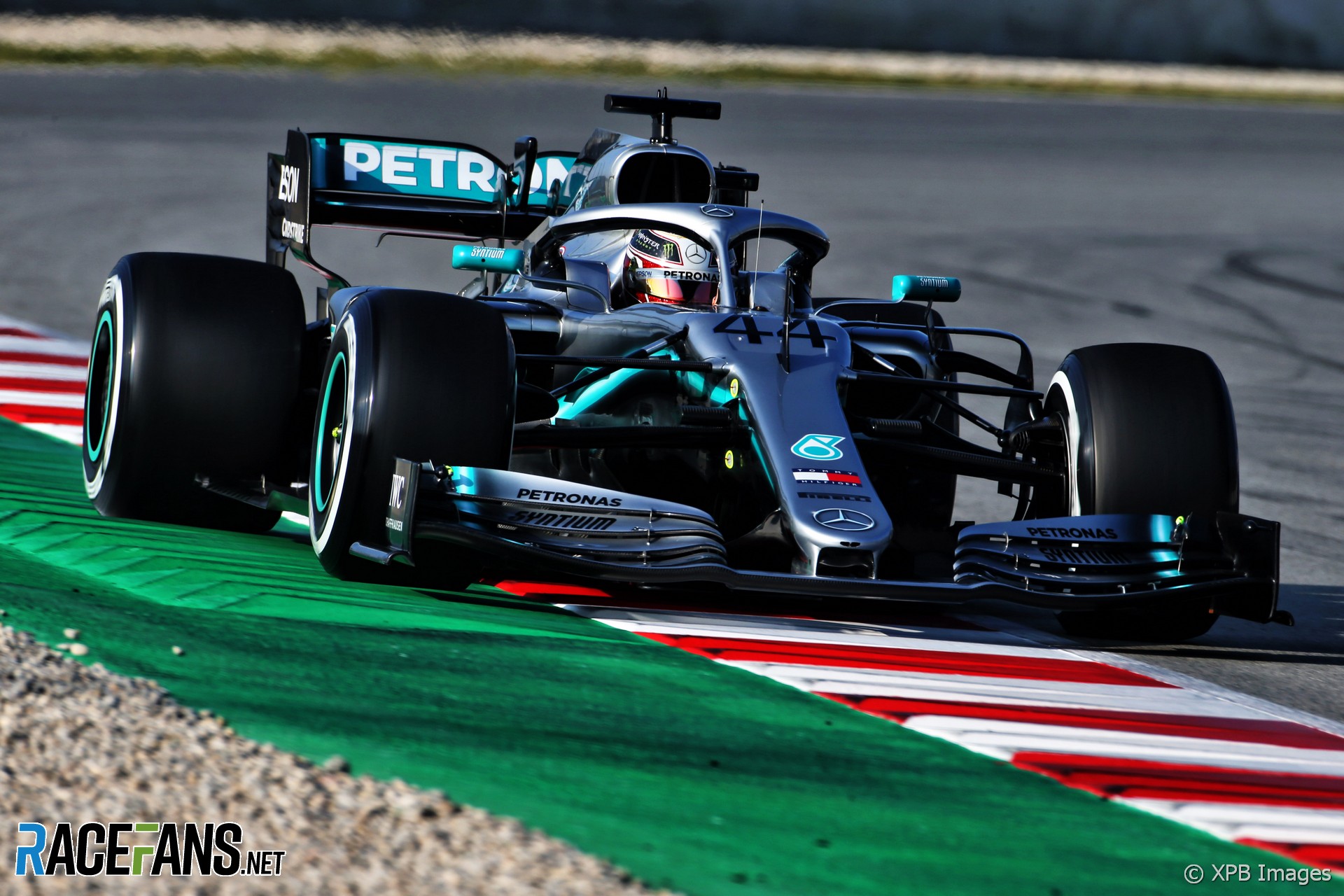 At the end of the first test four teams have lapped quicker than they did last year including Mercedes – but not Ferrari.

Valtteri Bottas used the softest tyres in Pirelli range, the C5 (comparable to last year’s hyper-soft) to lap 0.543s faster than the team did during last year’s test. However that is still 1.6 seconds slower than their best lap from the race weekend at the same track.

Renault set the fast time of the test, lapping 0.699s inside their benchmark from 12 months ago. Unlike Mercedes, this is also almost four-tenths quicker than their best race weekend time. Alfa Romeo and Toro Rosso remain the only other teams to have improved on both counts.

Charles Leclerc improved Ferrari’s best time of the test again today, but the team continues to avoid setting quicker times on the softer tyres. However Pirelli estimates the performance gap between the C3s, which Ferrari set its best time on, and the C5s, which the others used, at 1.5-1.7 seconds. That indicates Ferrari could knock a second off Renault’s benchmark time simply by changing tyres.

Seven out of the 10 teams completed more than 2,000 kilometres of testing over the first four days, a remarkable achievement. They include McLaren, who have covered nearly three-quarters as much distance as last year in half as much time.