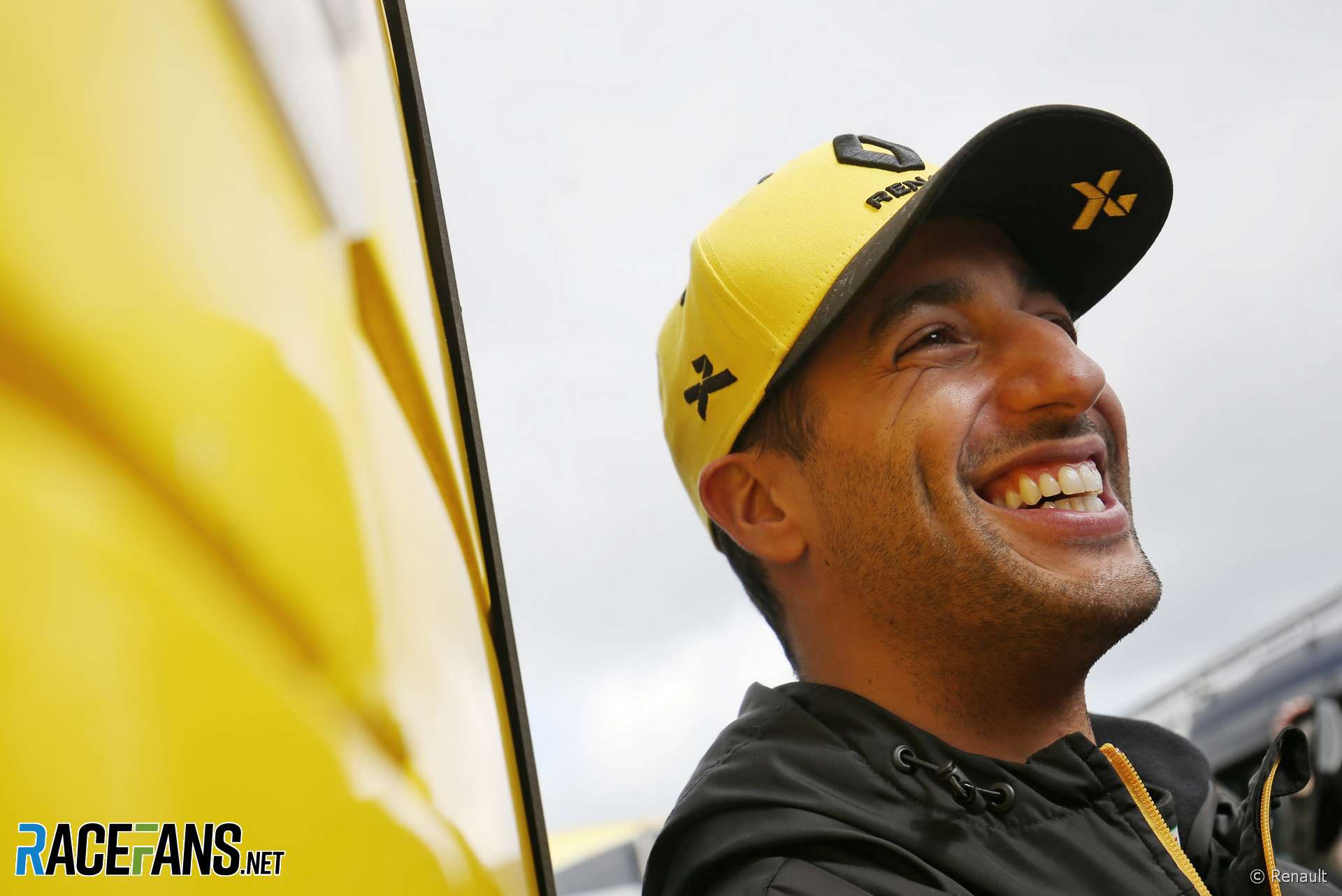 Daniel Ricciardo says he’s paying closer attention to the midfield competition at Renault than he did in his Red Bull days.

Renault ended the first test on top of the times but Ricciardo said he isn’t taking the team’s position for granted.

“I kind of feel like everyone has a pretty decent car at the moment,” he said at the Circuit de Catalunya today. “To be in the [one minute] 17s, even the 18s, you’re kind of humming. Turn three will be flat, turn nine’s probably flat. So the cars really aren’t doing that much wrong.”

“I can’t remember what last year’s testing was like but I feel everyone’s got the ability to be quite quick this week,” he added. “Toro Rosso, even if that’s with low fuel, it’s still a one minute 17, that still seems pretty quick.”

Despite having left 2018 race-winners Red Bull for Renault, who were in the thick of the midfield fight last year, Ricciardo said he is still keeping an eye on the pace of F1’s ‘big three’ teams.

“At Red Bull you looked at two [other] teams and that was pretty much it,” he said. “I guess there’s a few more cars around us this year.

“I’m still very curious obviously to know what Ferrari, Merc and those guys are doing. But it’s still tricky, if I had to put money on it I guess Ferrari have been the most consistent all test but even after next week we’re not going to know until Melbourne, are we?”