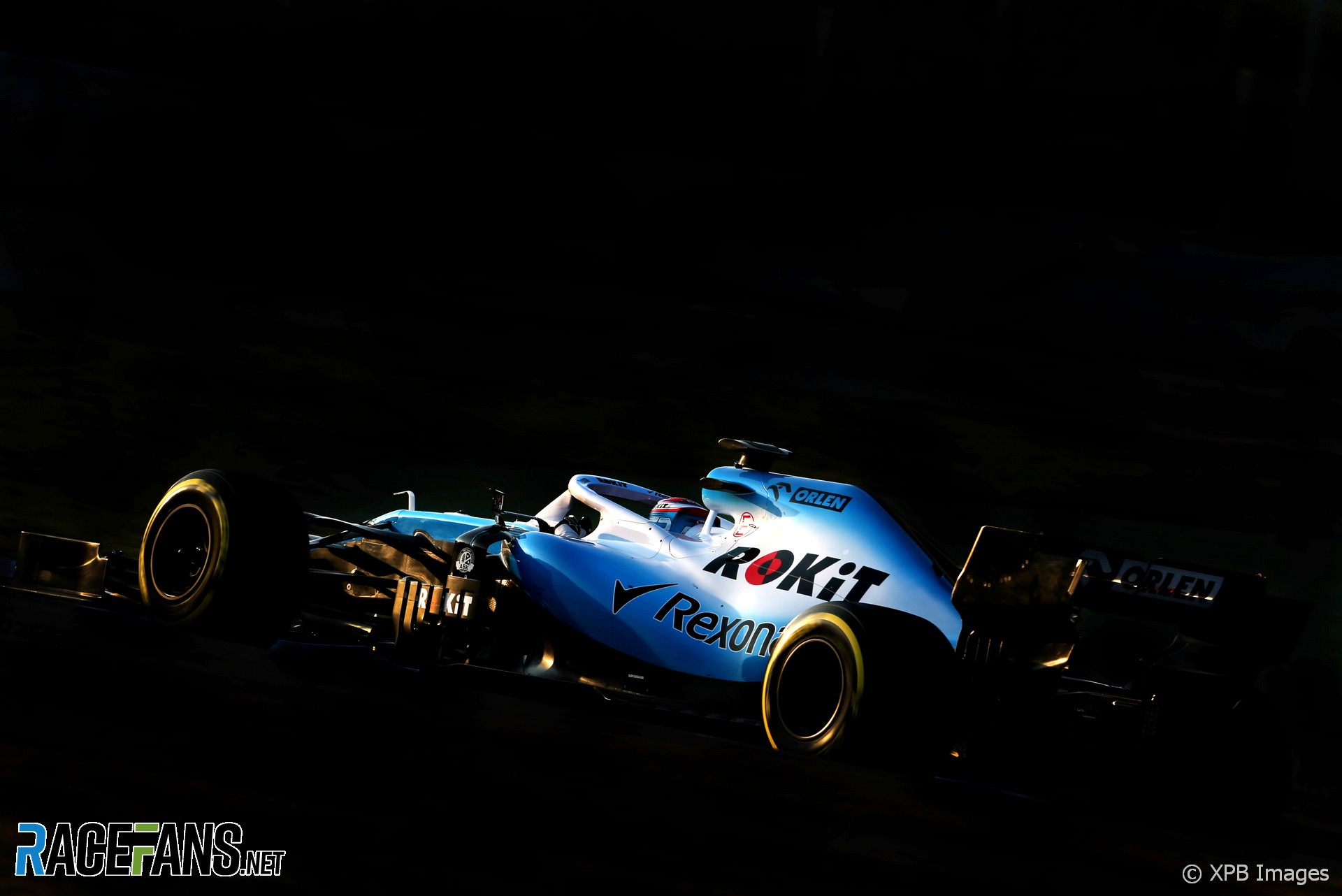 The Williams FW42 turned its first laps on Wednesday afternoon, two-and-a-half days after the start of testing and five days after its intended debut run in a filming day. The team’s 2019 F1 campaign is already off to a worse start than its rotten 2018 season.

In a press conference shortly afterwards deputy team principal Claire Williams effectively gave short shrift to media members, many of whom had been restrained in their criticism of this once-great team’s worsening plight.

No reasons were advanced, no explanations provided; indeed, nothing was said about this exceedingly sad state of affairs other than an apology. During the 15-minute media briefing the impression prevailed that there was no real crisis, that it would be alright on days when it matters, when points are dished out.

When I asked Williams how it came to pass that the team slid from a fixture in the championship top five to finishing last one year and showing up late for the start of the next (all in three straight years, saliently during the tenure of Paddy Lowe as technical director) her response was one of protectionism rather than confidence-instilling:

“There are a lot of elements to that. But I don’t think that it’s appropriate for me to, as I always say, air our dirty laundry in public. I don’t think it’s right to do that. It’s not right to do that to the people that are working so hard at Grove. We’ve just put it wrong and we need to fix that and hopefully you’ll see a much more successful Williams in the coming years.”

This smacks of denial. Williams is in crisis, and the fact Claire also stated an “inquest” is still underway strongly suggests both urgency and internal control systems are lacking – whether within the design/technical/engineering departments, at (in-house) manufacturing operations levels, or during the (outside) procurement process.

Could it be a combination of all three? Probably, suggesting an overall management problem, for the full car design process takes six months, and RaceFans understands both performance and manufacturing targets were missed as early as November.

Nor was the delay down to a single part: Up to 20 critical items were said to be affected, and not only in-house parts, suggesting the engineering ‘release’ process – when drawings are released for manufacture – was behind schedule.

While there are arguments that teams win together and lose together, by not apportioning blame Claire has implicated every department, indeed every employee, whether culpable or not. This strategy of shielding those responsible places unfair burdens of guilt on innocents, in turn destroying overall morale – just when management should boost spirits.

Social media messages posted by staff indicate morale is already seriously waning ahead of arguably the most vital season in the team’s recent history.

True, there are mitigating circumstances. The new front and rear wing aerodynamic regulations were finalised later than usual – only firmed up in November – while the start of the season has moved forward a week. That squeezed 2019 car-build schedules at both ends.

But if Racing Point, which plunged into administration before being rescued at a crucial point during the design process, could deliver a competitive car on time, Williams should have managed it too. Particularly given its superior resources: manpower, in-house facilities, larger budget and own wind tunnel. Yet even after being air-freighted overnight the car arrived incomplete, with parts due to arrive in time for today’s running.

None of this would be serious had Williams enjoyed a strong 2018, but the record shows the team slipped from fifth in 2017 to tenth off the back of a recalcitrant car. If that was bad, not pitching until (after) midway of the first test is arguably worse and suggests the entire team did not take its 2018 travails seriously. There is an emerging pattern here, and hiding the root cause does no one, not least innocent employees, any favours.

The team owes it to its millions of fans to come clean, then take corrective action no matter how painful or public. If it means Claire needs to take the decision to step aside or technical director Paddy Lowe or unnamed operations managers need to be replaced, so be it. Hiding behind the corporate veil erodes the credibility and goodwill the team still has.

That Lowe today cancelled his media session, ostensibly to focus his energies on ensuring that “the car is in the best possible shape”, suggests a shirking of responsibility at the top of the technical pile. Of course his first priority is to ensure the car delivers on track, but equally, by cancelling an already postponed media session the impression lingers that he refuses to ‘man up’.

Last year there were searching questions about his leadership abilities and this latest saga has provided his critics – of which there are many inside and outside Williams – with further ammunition, unless he is ultimately exonerated.

The return to respectability of a once-dominant F1 is more important than the maintaining of family links, or the shielding of executives who have been found wanting at the top of a publicly-traded company. Williams has been in gradual decline for five years as the record since 2014 shows: 3rd, 3rd, 5th, 5th, 10th.

Admitting culpability – wherever that may lie – then carrying full responsibility and taking corrective action for what is clearly a totally unacceptable situation are not only the first steps towards what is likely to be a long recuperation period, but crucial to the team’s survival.

To paraphrase former US president Harry S Truman: “The buck needs to stop somewhere.” On Wednesday’s evidence, at Williams the buck is bouncing around between denial and delay, between the top floor and the drawing office.

52 comments on “Williams must face up to its worsening crisis”