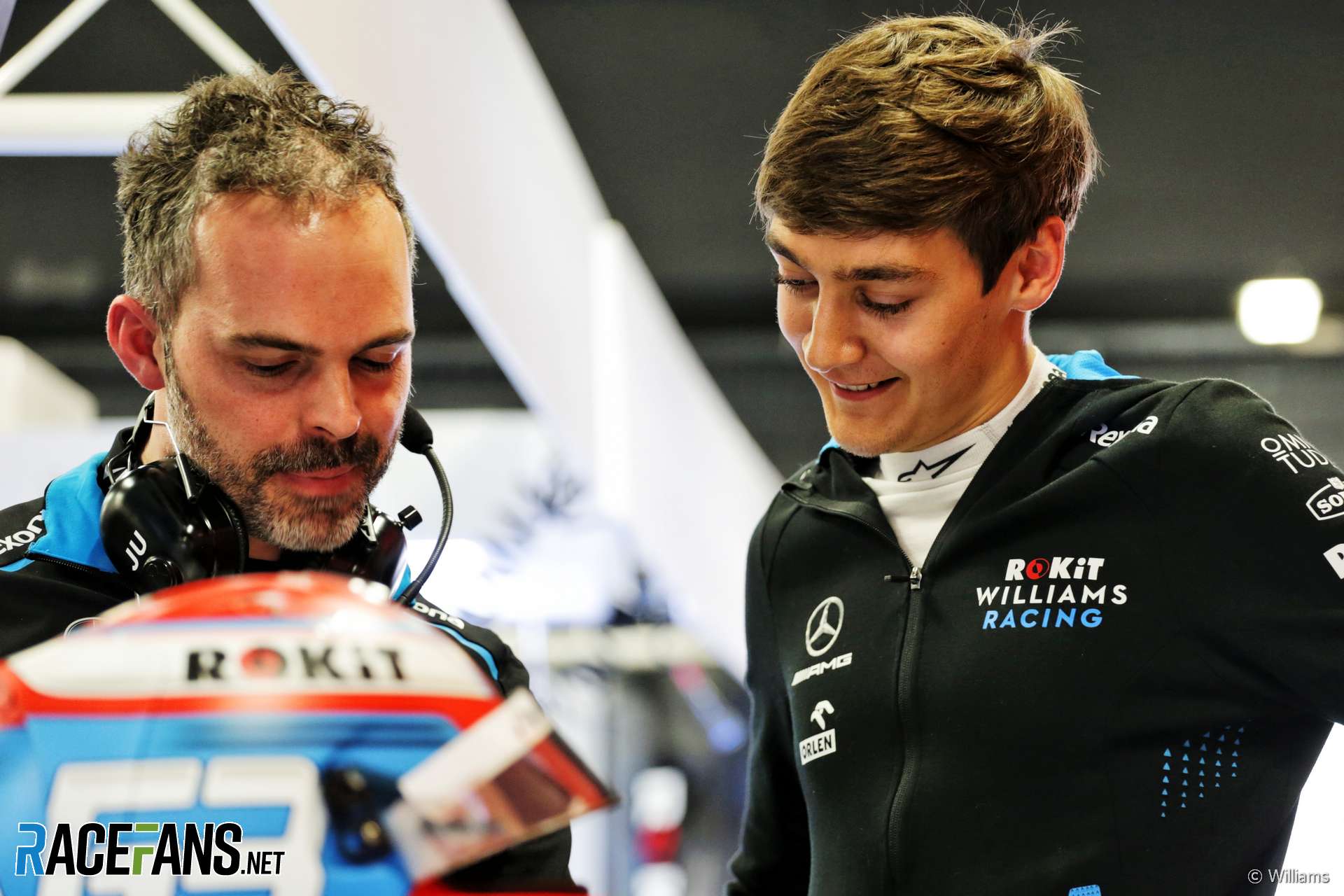 In the round-up: New Williams driver George Russell said he is “proud” of his team’s efforts to get their 2019 F1 on-track in Barcelona.

Russell admitted he was frustrated watching the other cars go around during his first two-and-a-half days:

It’s been quite annoying watching everybody on track and obviously as a driver you just want to get out there. But it’s passed quite quickly I think because I’ve understood how much work has been going on from all of the people building this car.

It hasn’t made me frustrated because I understand that we haven’t got in this situation on purpose, everybody is upset about it and they’re working their socks off to to make it right. So that was refreshing for me and made me quite proud of the guys and how much they’re working. They’ve been up since yesterday, 2:30 in the morning walk in all through the night to make the car ready and it’s a privilege to be a part of the team.

Lap time differences between tyre compounds at @Circuitcat_eng according to @pirellisport:

Lewis Hamilton: "The reliability has been really solid which is a great showing of all the hard work that everyone in the factory has done. But we have to keep on pushing, the competition looks very strong."

Guillaume Rocquelin: "Overall we’ve had a very successful first test. We’ve been able to tick off all the items on the run plans and this test has thrown up a few interesting things that we can factor into development."

"The start of our first proper pre-season testing with the FW42. The final few parts had arrived overnight, so we started the day with a complete car."

"This isn’t a Lotus or a JPS car, it’s a Haas car that happens to be black and gold."

Ferrari started the last couple of seasons strongly – are they going to do it again?

I think Bottas has a point. Ferrari are indeed looking very fast, on a single lap (although they always did 10+ laps on their runs) and also on their long runs. Mercedes doesn’t seem to be able to keep up with them at the moment.

Although it’s early days and there will be a lot of developing going on, I can’t believe they (Mercedes) will come to Melbourne with the best package.
Srdjan Mandic (@Srga91)