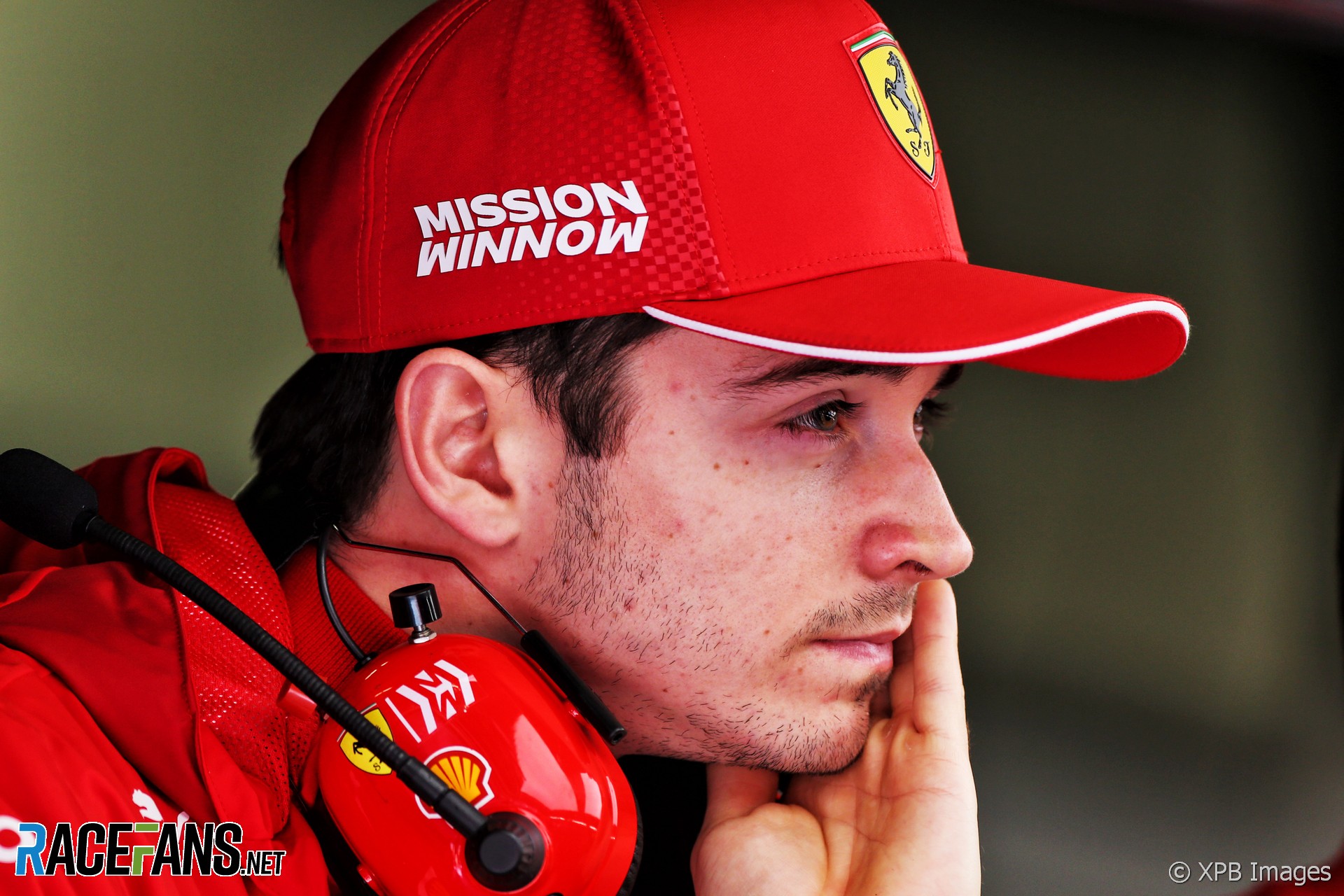 Formula 1’s newest star has joined its most famous team. This could be the start of something huge.

And Charles Leclerc admits he has already noticed a difference in how people react to him in his second year as an F1 driver now he is wearing Ferrari overalls.

“In my personal life last year in Monaco it was changing a little bit because obviously they see you as a Formula 1 driver and they know you a little bit,” he said when asked by RaceFans about adjusting to life at Ferrari.

“But I have to say that now being a Ferrari driver it’s a bit different in that sense especially in Italy because obviously there’s the whole Italy behind Ferrari. So it feels good.”

On his arrival in F1 last year Leclerc was joining the team who had finished last the previous year. Now he is in a car which, on the strength of the last two seasons, should be a title-contender.

And while Leclerc’s debut season was on the whole highly successful, he had a difficult start at the first few rounds. But he already feels much more comfortable in his new surroundings.

“Already it’s a different position I’m in because obviously last year when I arrived in winter testing I was coming from Formula 2 so the step was big.

“Now it’s from a Formula 1 car to another Formula 1 car so obviously the step is is smaller. But I got used to it very, very quickly. I already feel quite at ease with the car.

“There’s still a lot of things that I need to get at ease with. But already the feeling is very good. It’s a car that is quite easy to drive.”

The early indication from testing is that Ferrari does indeed have another potential title-winner on its hands. Leclerc could be in a position to challenge for victories from the beginning of his second season.

How much is realistic to expect from him at this stage in his career? If he gets to the end of the season with just one victory to his name, would that be a triumph or a disappointment?

“It depends I guess where we are at the first race,” he explains.

“Obviously if the car is capable to do more than that I will obviously be disappointed to only do one. But on the other hand winning a grand prix is a huge step and as I’ve said before there’s still a lot of work ahead myself to the first grand prix.

“So a lot of work is required by me before I arrive at this goal. We will see how the season goes.”

Leclerc’s policy for dealing with the peculiar pressures of life at Ferrari are to tune it out. “I’m focusing on myself trying to erase and delete what is everyone expecting from me,” he says.

“But at the end I just need to focus on on myself. Putting pressure on myself won’t change anything, won’t make me perform better. If anything it will make me perform worse. So I don’t at all think about these things.”