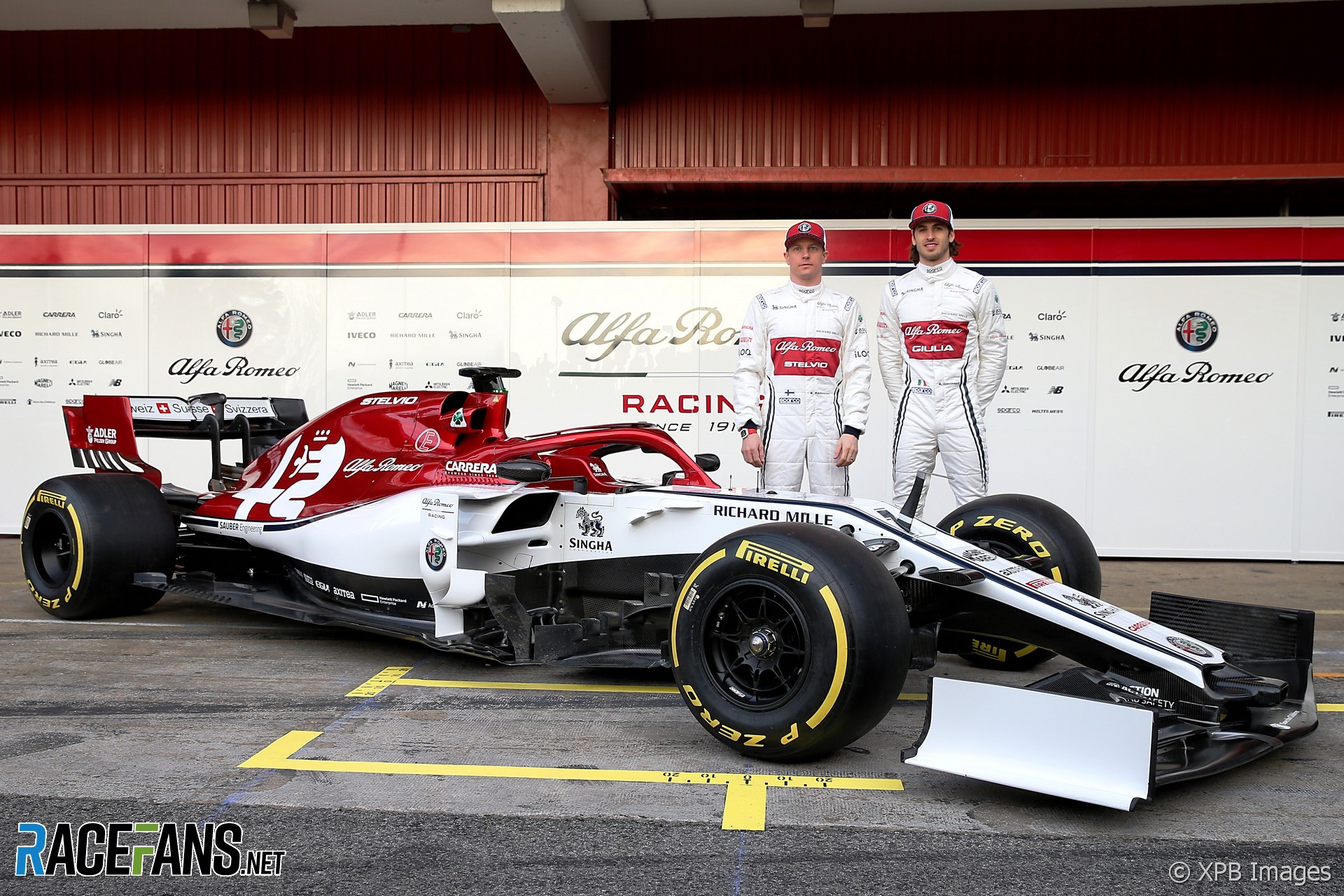 From the first spy pictures of the C38 testing in its interim livery it was clear the work done over the winter by Sauber, before it was renamed to Alfa Romeo, was on a different scale to most other teams.

The C38 is a more radical departure from its predecessor than most of its rivals’ designs. This isn’t the first time the Hinwil team has surprised the grid with new ideas, that will no doubt be copied by most teams.

Most-eye catching of all the features on the C38 is the front wing. Similar in concept to similar designs adopted by Ferrari and Toro Rosso, the wing does not use the span available for all of its five aerofoil elements. This concept focusses different areas of the wing on different aerodynamic functions; downforce, outwash and Y250.

With the simplification of the front wing designs for 2019, teams have struggled to engineer the outwash function into the outer wing design. Alfa Romeo therefore thought through what each section needed to do.

The five inner tips of the wing are allowed to be steeper and wider spaced from each other, so little has changed in this area and the wing retains similar shaping to 2018. Then the middle section of each wing is still steeply angled and is used to create the majority if not all of the downforce required for the wing. Counterintuitively, the front wing does not need to be very powerful, only a relatively small span of wing is required to create enough downforce to balance the rear wing and diffuser.

[smr0109]It’s then the outer spans that are so different for the Sauber wing, most other teams continue the five elements across the fore the full wingspan at nearly maximum angle of attack. For these teams the outer span seeks not to create downforce, but to create a tip vortex that replaces the outwash effect of the old complex endplate areas.

This is still a valid concept, but different to the Sauber design. What they have done is flatten off the wings angle of attack to almost nothing by the endplate. So it’s not the wing but the endplate that’s left to produce the outwash effect.

This also usefully positions the tip vortex from the near-flat outer wing tip lower down, which is particularly useful for controlling some of the air spilling off the lower outer edge of the tyre, that is detrimental to airflow downstream on the car.

On last season’s Sauber the sidepods were clever mix of high-top and conventional design elements. Originally there were inlets above and the side crash structure, but later in the season these two inlets were merged into one semi-circular inlet.

This concept was repackaged for the C38, where there is now a proper high-top sidepod. The side crash structure is lower and a single inlet is formed above it. This very small and rounded inlet feeds down into the sidepod’s radiators, while the sidepods themselves are reduced in size by the amount of cooling radiators mounted above the engine.

As the 2019 Alfa Romeo retains the complex array of roll hoop inlets, feeding not just the engine airbox, but further coolers for the power unit’s ERS and oil system.

With full-height shark fins returning as a common design concept back in 2017, then cut back in the 2018 regulations, most teams have run top bodywork running up to the maximum height forming a vestigial shark fin. With unchanged rules in 2019 the teams still appear to run the maximum fin available.

But in testing Alfa Romeo opted to run a lower engine cover. This still must meet certain height and volume restrictions, but these are conveniently aligned with the wider bodywork covering the airbox and cooling ducts coming back from the roll hoop.

The aim for this lowered bodywork is unclear as the fuller shark fin provides yaw stability and rear wing performance through corners. Why Alfa Romeo would choose to discard these benefits is curious. The car would be more sensitive on corner entry and perhaps easier to turn without the fin and perhaps the higher rear wing gains less from the fin’s effect through corners.

It remains to be seen of the team will continue to run the lower engine cover at the first races.