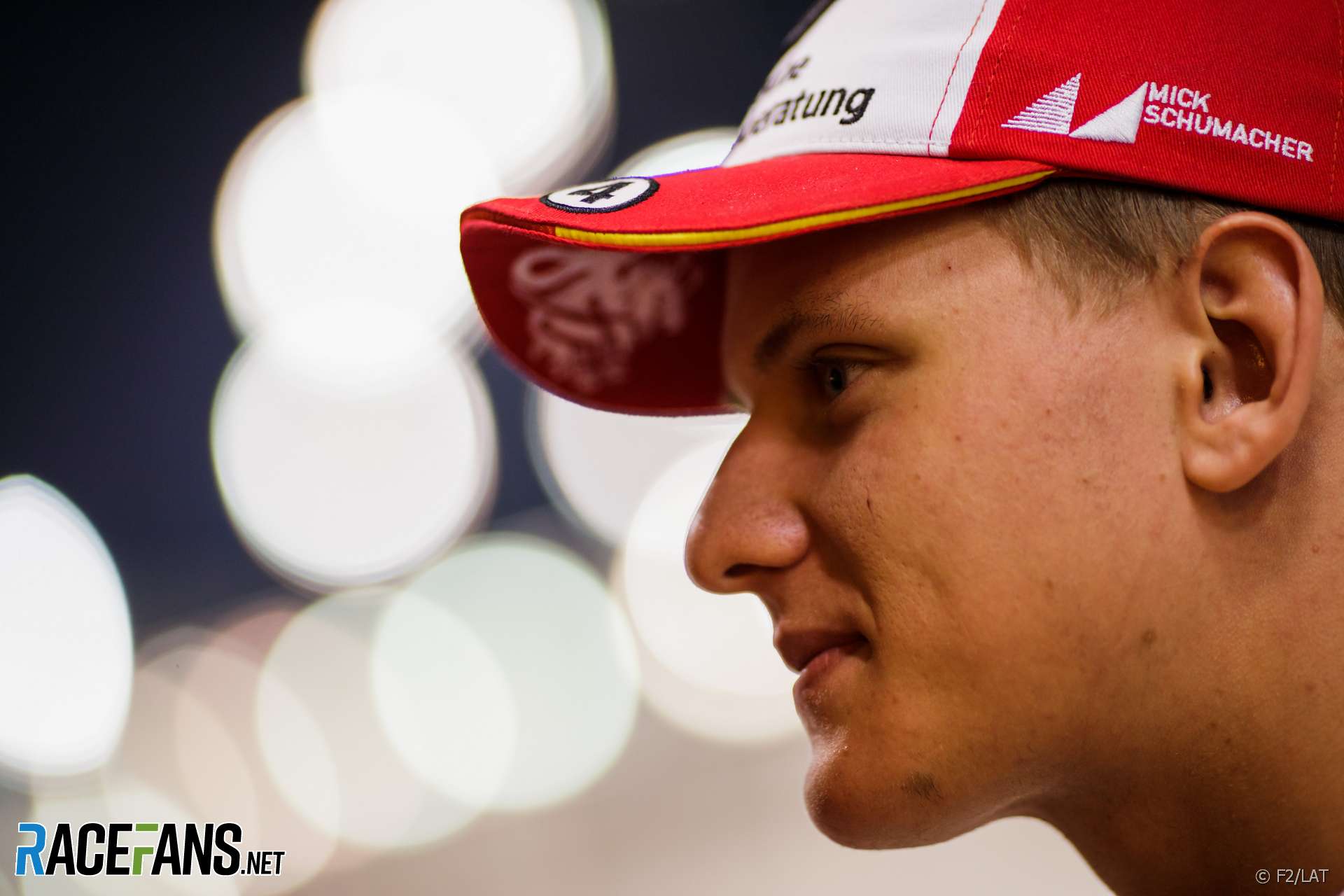 Mick Schumacher could make his Formula 1 debut with Alfa Romeo in a rookie test to be held at Bahrain International Circuit.

The Formula Three champion is a member of the Ferrari Driver Academy. Alfa Romeo team principal Frederic Vasseur confirmed to RaceFans the Ferrari customer team is in discussions over a possible test.

“We don’t know yet but we are discussing,” said Vasseur. “It’s on the table.

“It’s a bit too early but we will discuss this week with Ferrari and what programme we can do.”

Asked if the 19-year-old is ready for the opportunity Vasseur said: “To do a rookie test, for sure.

Vasseur pointed out Schumacher is one of the most credible candidates for the team to run in the test as few of their other junior drivers have achieved the necessary FIA Superlicence points needed to race in F1.

“He has the 40 points. Now we don’t have so many guys with 40 points. We are in the opposite situation, so far we have had too many.

“And if you consider that some of them they are doing Formula E, they have contracts, some of them are doing WEC and we have a couple of clashes between F1 and WEC or F1 and Formula E.”

Schumacher is taking part in the Formula 2 test at Jerez today with his Prema team.