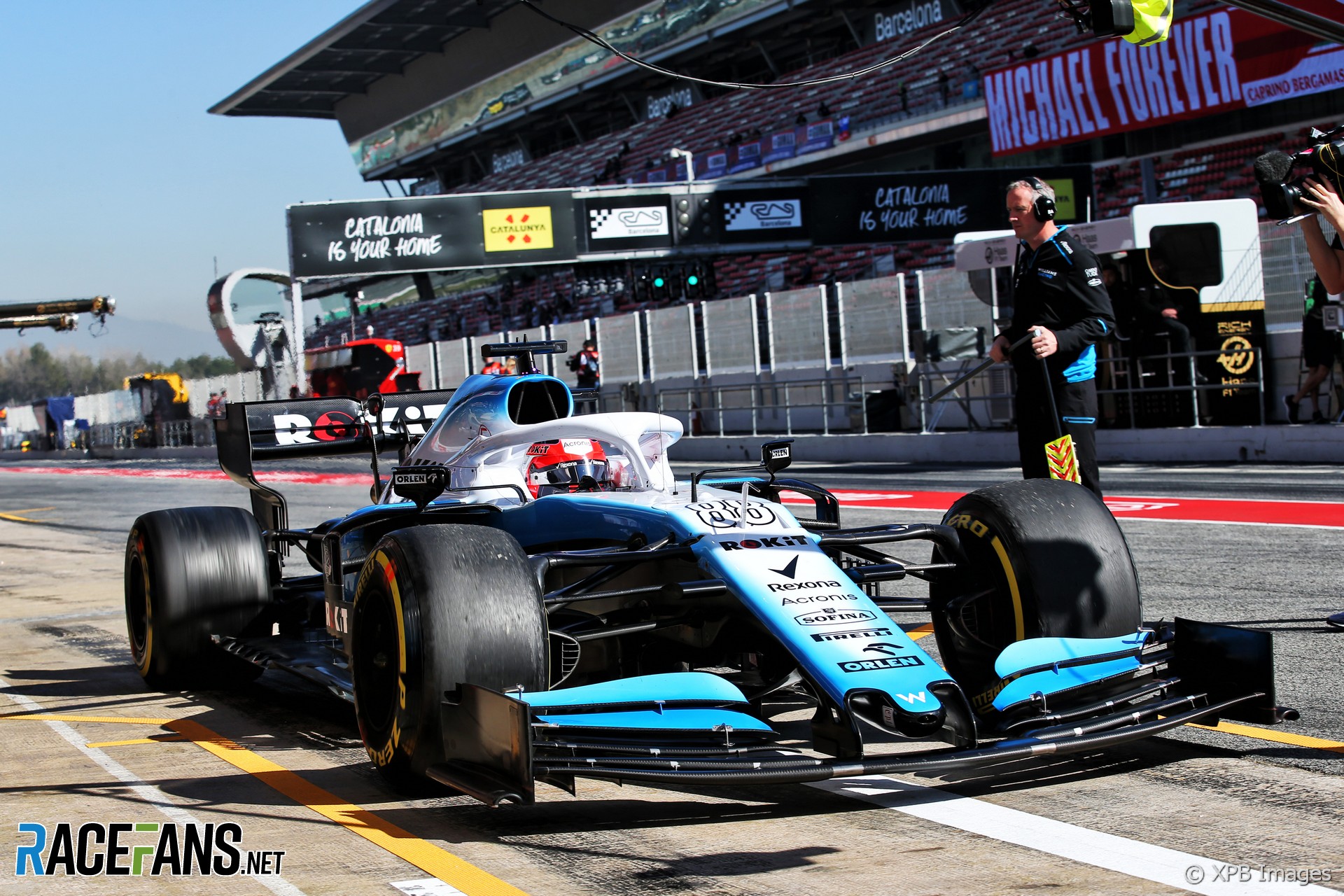 Late clarifications to the technical rules for the 2019 F1 season contributed to Williams’ delay in completing its car for the new season.

Deputy team principal Claire Williams told media including RaceFans the late appearance of some technical directives was particularly challenging for one of F1’s smaller teams like Williams.

“There were some technical directives that did come out relatively late which doesn’t help,” she said. “It doesn’t help a particular team like ours when we don’t have the additional budget and therefore resource to throw at something if it comes in late.

“We’ve got a very tight plan with very stringently controlled budgets to effect that plan. And if something is thrown in at the last minute you’ve then got to find additional resources to either do a U-turn or whatever you have to do in order to facilitate that change.

“There were a few incidents like that. You can’t predict that but you should certainly plan for it and build in contingency. So again something that we need to make sure we that we take into consideration for next year.”

The Williams FW42 ran for the first time on day three of testing last week, five days after its intended debut in a filming session. Williams also addressed some speculation about other factors which could have delayed its completion.

“There were many stories around what potentially could have been the cause of it,” said Williams. “A couple that I read was that there were issues with external suppliers. That wasn’t the case. Or that financially we were in a difficult position and that had an impact on the car build – it didn’t.

“I think we take for granted sometimes that we’re just going to get one car to the test track and two cars to a race track. But Williams still designs and builds our race cars in-house in their entirety. There are 22-odd thousand parts to a car which we have to design which we have to manufacture, which we have to assemble, which we have to put through crash testing etc… and that’s an enormous job and we just didn’t make it for a number of reasons.

I think we’ve seen historically that it can happen. And we need to just make absolutely sure that the situation doesn’t happen again. It’s clearly not what we wanted to happen.

“It’s compromised our test program to a degree. We’re obviously trying to make up for the time that we’ve lost and I hope that when we get to Australia or probably a bit further down the line we will have forgotten about it and move forward and when we go to Barcelona next year we’ll have a car to run from nine o’clock on the first morning.”

Williams explained how the team is working to make up for lost time since it got the FW42 on-track.

“We’ll minimise the amount of time that we’ll lose. Fortunately the car is – touch wood – proving reliable currently which means that we can recover a lot of the program that we potentially would have lost.

[smr0901]”The car covered with George [Russell] yesterday 119 laps. Robert [Kubica’s] already got a number under his belt today and the targets should match George’s from yesterday. And then the target is even higher tomorrow.

“So we’re trying to make up the running time. But having that baseline of kilometres is going to mean that that the program will be as least-compromised as it can be.”

The team will not be able to fully analyse the reasons why its car was not completed on time until after testing is over, Williams added.

“There is some work that’s being started but it will probably take us a few week to fully compile that. We have to get it right because if we don’t get the review right then we’re not going to get next year’s programme right. So we’ve got to take our time and make sure we cover every base off and make sure that we get it right for next year.”