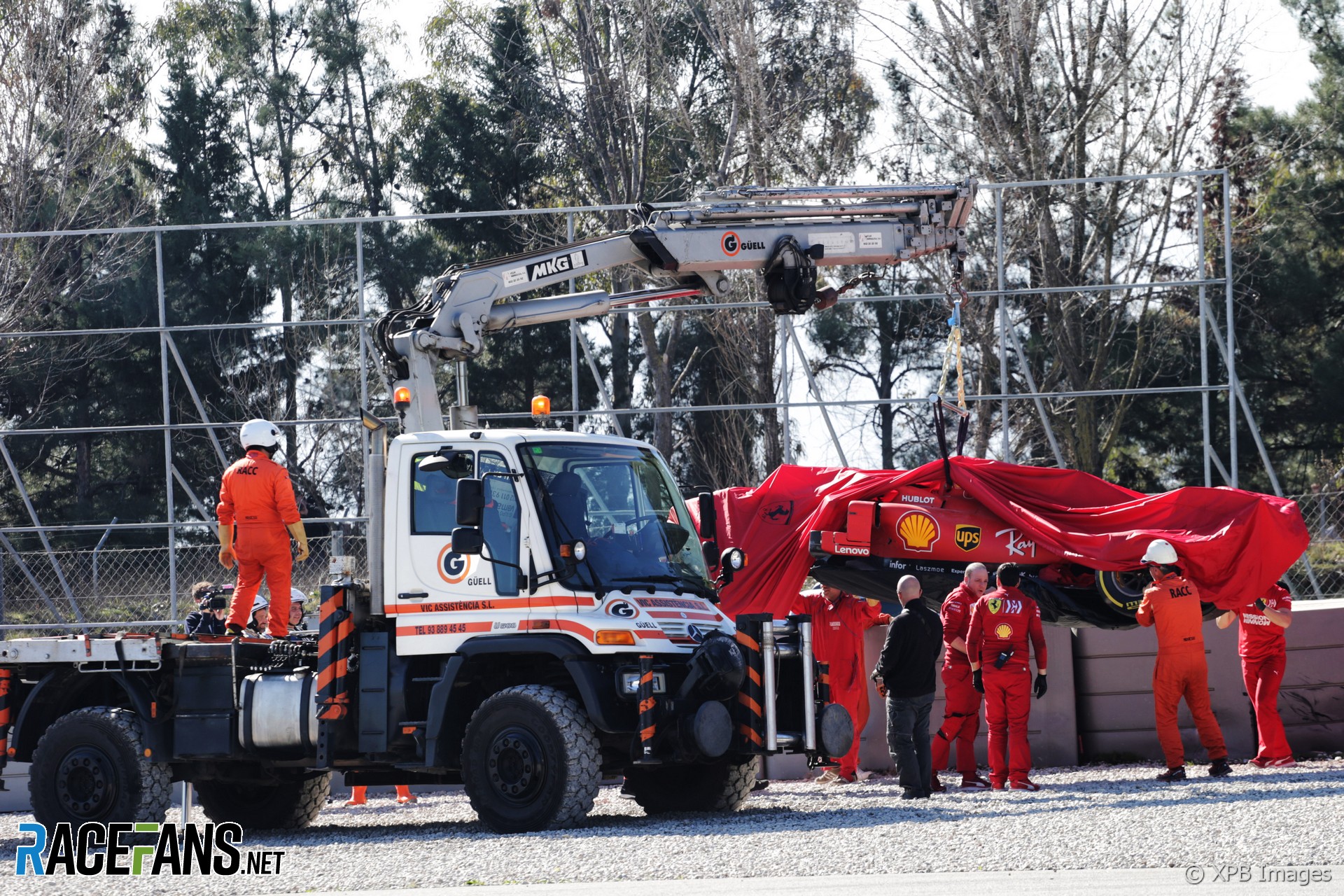 Ferrari has blamed Sebastian Vettel’s crash during yesterday’s test on a “rim issue” caused by contact with debris.

The team issued a statement on Thursday which stated: “After thorough checks we found that Seb’s off yesterday was due to a rim issue.

“The rim had been damaged a few seconds before by an impact with a foreign object,” the statement added. Ferrari did not indicate what kind of debris Vettel might have hit.

Video footage of the crash showed a shower of sparks from the front of Vettel’s car before it ploughed through a gravel trap. The front-left of the car, where the failure is believed to have occurred, made heavy contact with the barrier.

“Inside the car I was going into turn three and I had a feeling there was an issue with the front-left corner,” Vettel explained yesterday. “And then from there there wasn’t anything I could have done to avoid the impact. I wasn’t in control any more and went more or less straight into the barrier.”

The crash meant Ferrari was unable to run for several hours on Wednesday and only covered a total of 41 laps. The car returned to the track at the end of yesterday’s test and covered 56 laps on Thursday morning.