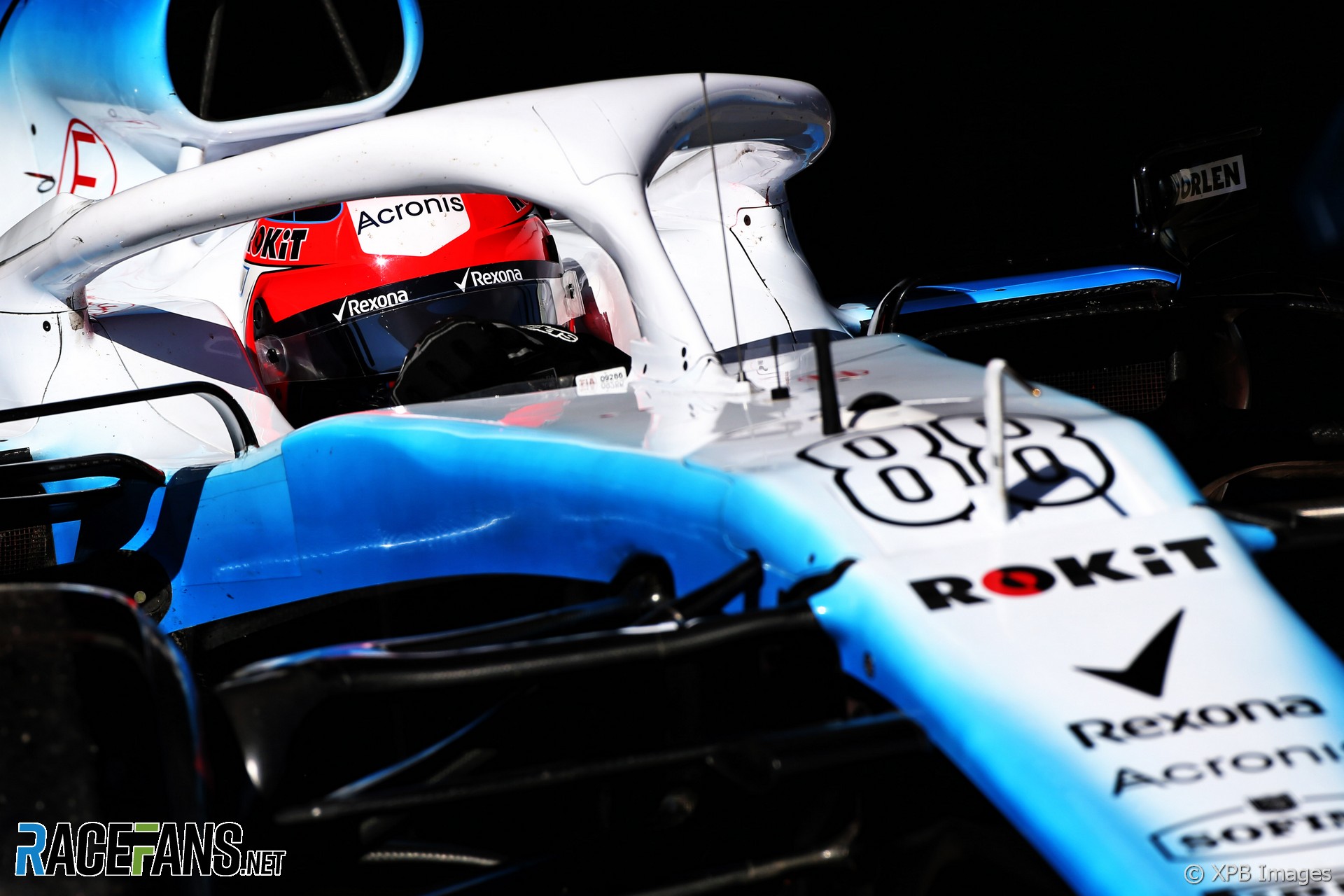 Robert Kubica believes Williams has built a much better platform with its new car for 2019, according to the team’s chief technical officer Paddy Lowe.

The FW42 arrived late to testing but Lowe says the team’s first impression of its new car, which replaces its unsuccessful FW41, is positive.

“Robert in particular who has a lot more experience of last year’s car than George [Russell], who only had a brief run, and particularly that Robert has driven the old car around here quite a lot last year, has some very encouraging comments on the qualities of the car,” said Lowe in response to a question from RaceFans.

“He feels that we’ve made a huge step forwards in terms of the platform, so a car that is far more drive-able, a car that you can work with from a driving point of view. You can control your management of tyres, you can control the balance and the pace, which was definitely not a description you could have given about last year’s car. So that’s very encouraging.

“It doesn’t talk about speed but at least it’s a platform. And given that that was one of our major objectives over the winter was to design and implement a process within our engineering that would make cars with better properties and then go and deliver those better properties, that’s that’s a good step for us and a much better foundation from which to move forwards to the next stage.”

Lowe is also encouraged by the lack of problems the team has encountered with the FW42 so far.

“Reliability, I think we’ve been showing in the days running this week, that where we’re where we need to be. Touch wood – with a car out there doing a race distance that’s a risky thing to say. But it seems seems to be pretty good.”

[smr0901]The team won’t be able to judge whether it is likely to be more competitive than last year, when it finished last in the championship, until at least the first race of the season, Lowe said.

However compared to last year, when Lowe said the team realised it was in trouble from the first day, they feel their current situation is “much better”.

“The process of understanding what you’ve got, what challenges you face, is long and complicated. And certainly from my own point of view a year on I have much greater understanding of what we’ve got, where our weaknesses are, where we’ve got to build and that we are delivering the right changes to turn those things around.

“So I feel a lot more confident that we will we have more of the right things in place but at the same time completely aware that there is great challenge ahead still. We’re only just beginning.”