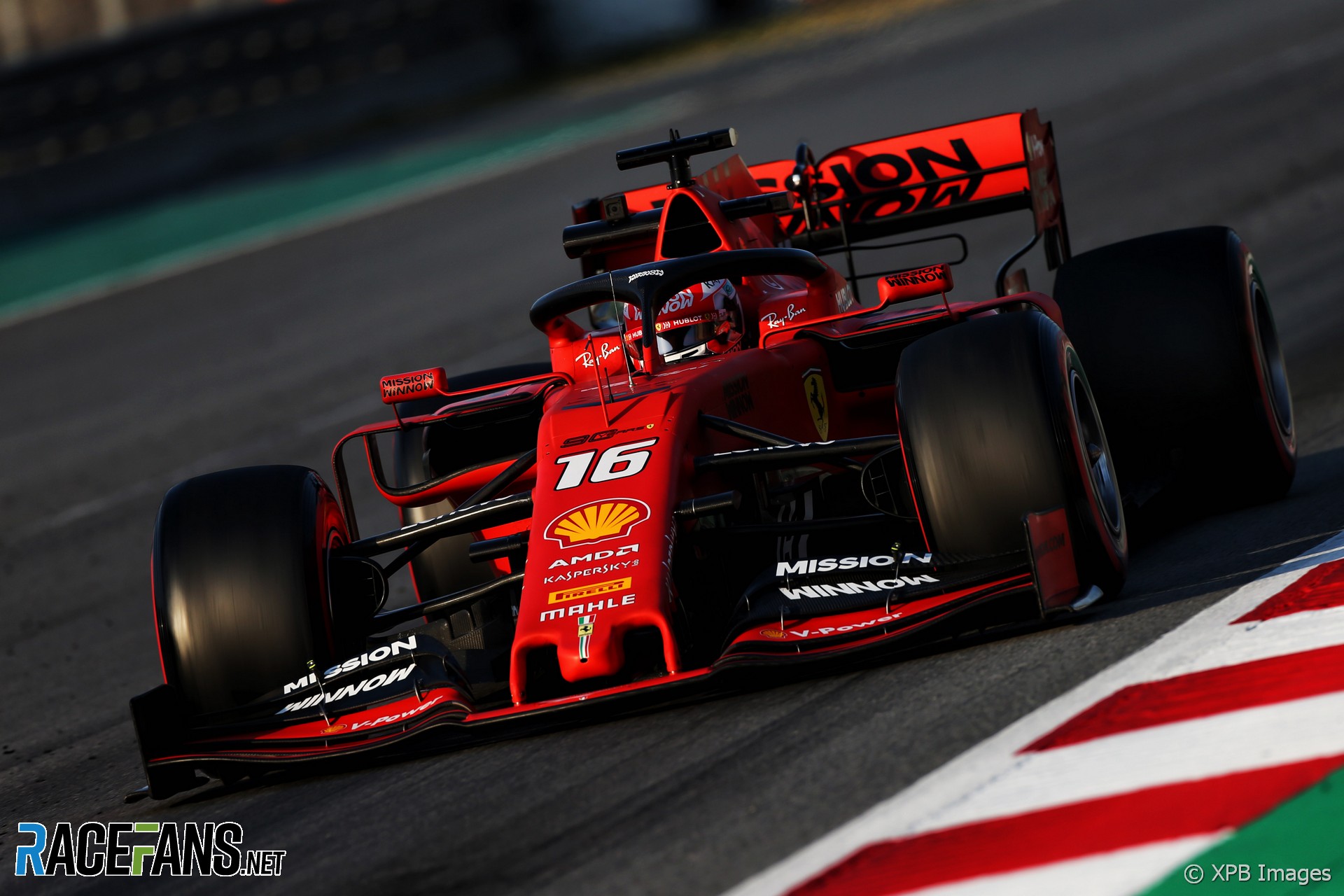 Lewis Hamilton believes Ferrari are as much as half a second quicker than Mercedes ahead of the Australian Grand Prix.

Ferrari set the quickest time of testing so far which put them three-tenths of a second ahead of Mercedes. But Hamilton believes their real margin could be even greater.

“I think it’s potentially half a second,” Hamilton told RaceFans and other media at the Circuit de Catalunya.

However he said Mercedes will make gains with its car between now and the first race of the 2019 F1 season.

“We will be analysing a lot from this test and there will be some mods that we’ll try and [implement] before the race. There’s obviously not a lot of time but over this next week we hopefully will gain another tenth at least in just our understanding of the car.

“The car is kind of old now, it’s worn and torn. So we’ll have new components, all that stuff will come along. So it’ll be interesting.”

However Hamilton admitted it was hard to fully appreciate the performance differences between the cars in testing.

“We really won’t know because everyone has different power modes, all this kind of thing. And fuel usage, you don’t know what fuel load everyone is on.

“So Melbourne will be kind of the first time you get a sight of it and then it’s going to take as always, every year I say, it’s like a good four races before you fully know just where you stand.”

35 comments on “Hamilton: Ferrari are half a second faster than us”