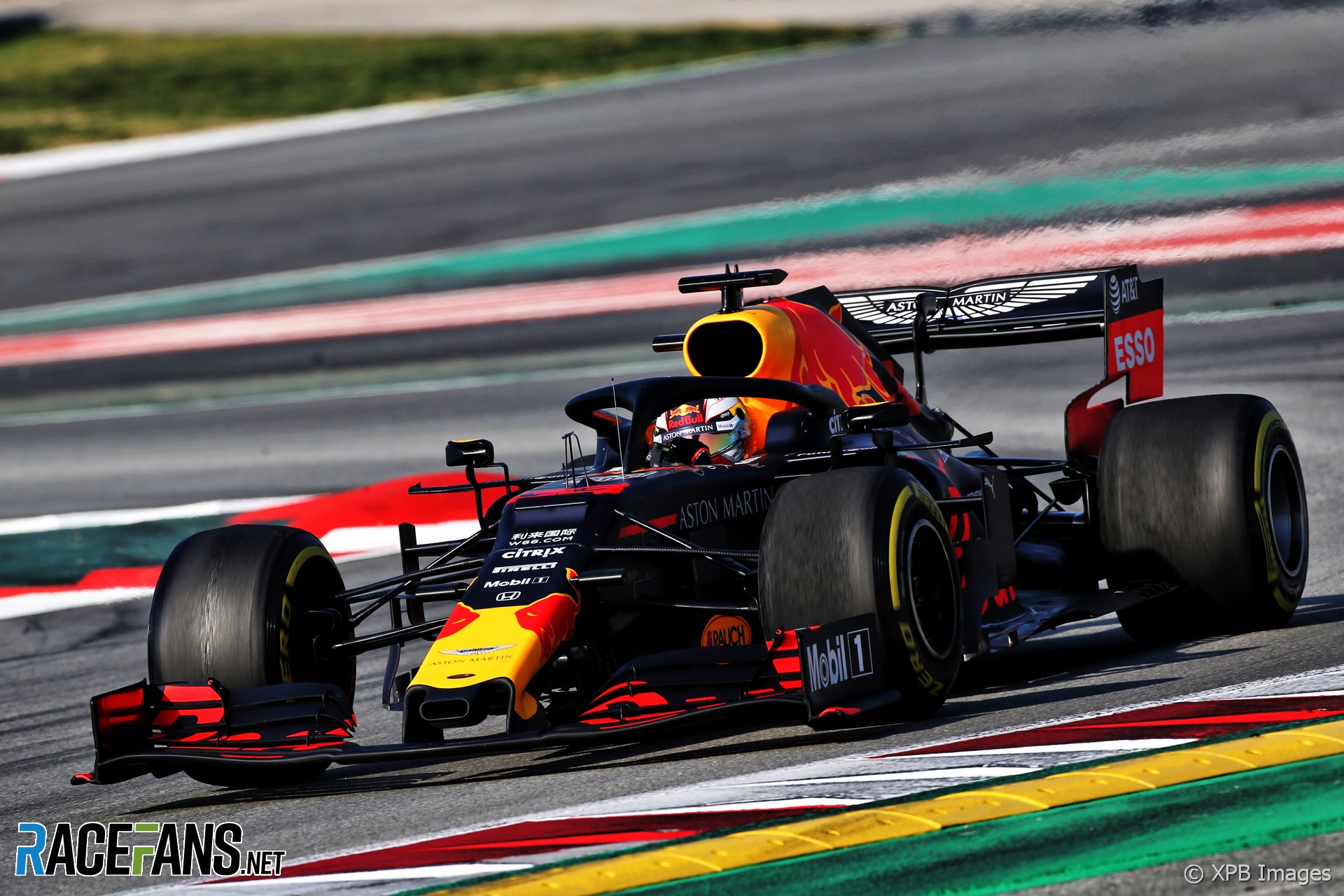 Max Verstappen said the gearbox fault which limited his running on the final day of testing arose from his team mate’s crash yesterday.

Pierre Gasly crashed the Red Bull on his final run in the car on Thursday. Although the RB15 returned to the track in Verstappen’s hands on Friday morning, it lasted only 29 laps before a gearbox problem forced the team to end their test early.

“It’s all related to what also happened yesterday,” Verstappen told media afterwards at the Circuit de Catalunya. “It’s just a shame, we know we were just a bit limited on parts.

“But still I think the team did an amazing job to turn the car around and get out there for the 29 laps. But sometimes that’s the case unfortunately.”

Verstappen confirmed the team had replaced the gearbox ahead of today’s running, “but you’re always limited with the parts you have in testing.”

“Of course when you already have two which are destroyed it’s not going to be ideal.”

The team’s new car feels more comfortable to drive than last year’s chassis according to Verstappen.

“From my side it’s better than last year. I feel really comfortable in the car. I didn’t really have moments except the one I had in [turn] 13. But in general I’ve felt really good from the start.”

26 comments on “Verstappen: Gearbox fault was related to Gasly’s crash”