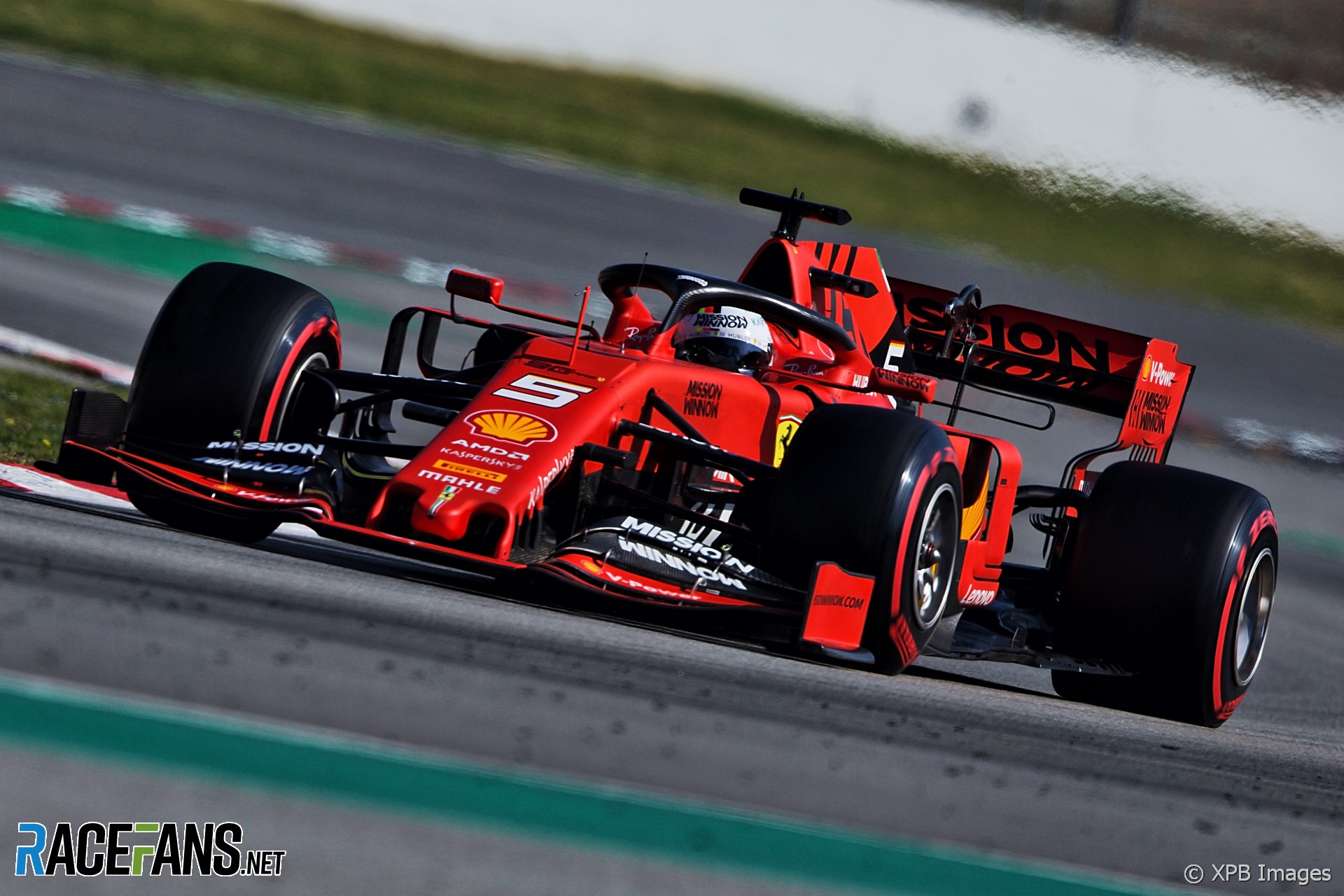 The world championship rivals of the last two years were separated by just three-thousandths of a second as winter testing for the 2019 F1 season came to a close.

Sebastian Vettel set the quickest time of testing in his Ferrari with a lap of 1’16.221 on the final day. However rival Lewis Hamilton lapped just 0.003s slower during his afternoon run in the Mercedes W10.

With Vettel’s team mate Charles Leclerc having gone a hundredth of a second slower during yesterday’s test, there was little to separate the three fastest times from the eight days of running.

It wasn’t an entirely smooth day for Ferrari as an electrical problem forced them to end the final day of testing early in the afternoon. The Mercedes pair ended the day in second and third positions, Valtteri Bottas having set a best time of 1’16.561 in the morning session.

Nico Hulkenberg was fourth-fastest for Renault after again sharing the RS19 with team mate Daniel Ricciardo. The pair covered more than a hundred laps between them.

[smr0901]Daniil Kvyat and Carlos Sainz Jnr did not improve on their morning lap times in the afternoon as they concentrate on accumulating mileage foro Toro Rosso and McLaren respectively.

After being held up by reliability problems yesterday, Haas covered a mammoth 167 laps on the final day. However Kevin Magnussen caused a late red flag when his car stopped at turn four.

It was a disappointing final day for Red Bull. Despite repairing the damage from Pierre Gasly’s crash yesterday in time for Max Verstappen to join the track within the first hour of testing, a gearbox problem limited him to just 29 laps.