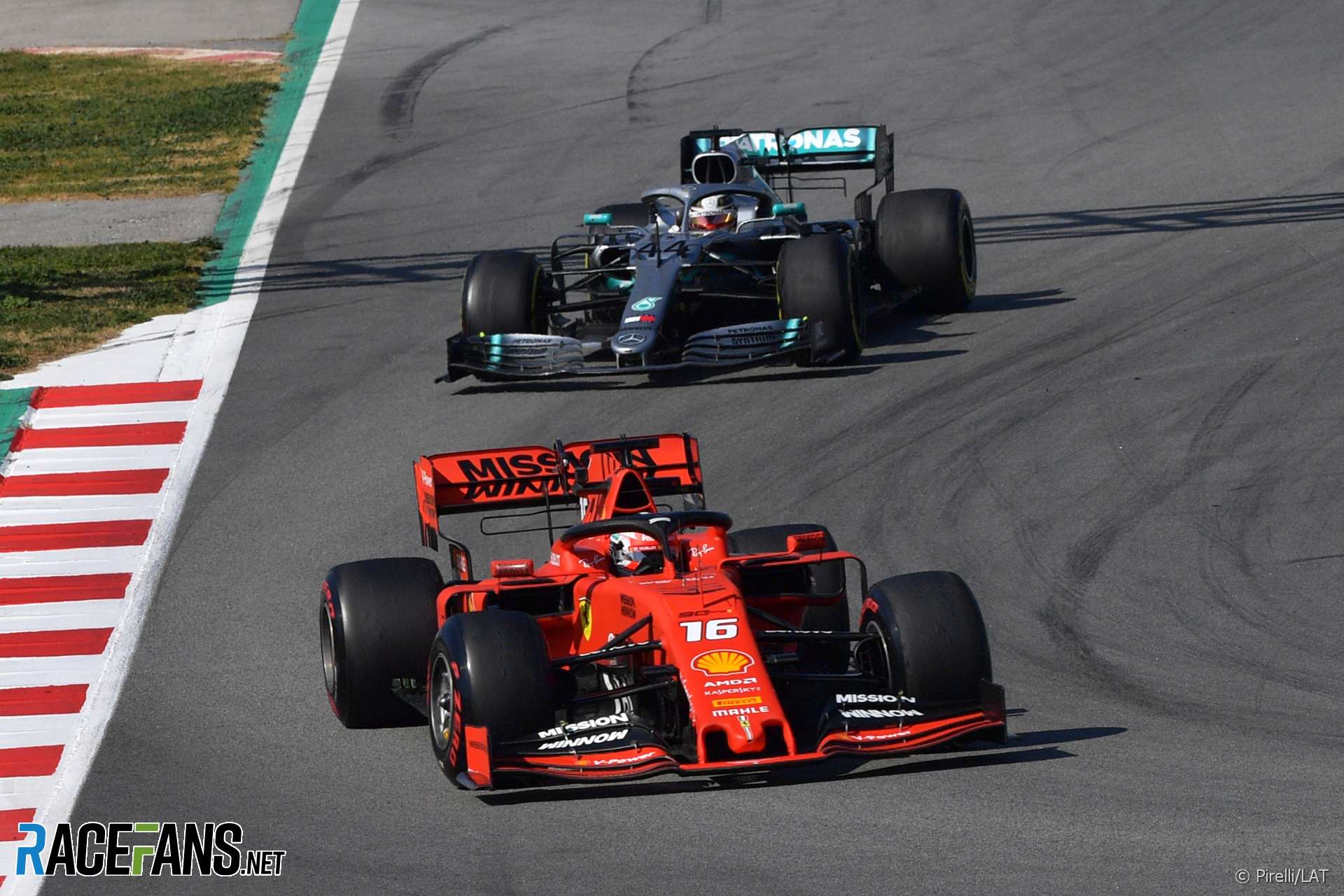 Lewis Hamilton suspects Ferrari stole a march on Mercedes ahead of the new season by throwing their efforts into 2019 new car earlier last year.

Speaking to media including RaceFans during last week’s test, Hamilton said he believes Ferrari focused their efforts on the 2019 F1 season once it became apparent Mercedes were likely to win last year’s championships.

“Obviously during the year you have a huge group of people who are working towards winning world championships,” he said. “If you’re not looking like you’re going to win the world championship out of worry you might pull some of the team off earlier.

“So most likely they started developing this car a month at least earlier than us, maybe.”

The introduction of new aerodynamic rules for the 2019 season offered Ferrari a potential benefit from focusing on its sooner, Hamilton added.

He also suggested Ferrari have a staffing advantage over Mercedes. “I wouldn’t be surprised if Ferrari had more people,” he said. “In Italy it’s not easy to fire people, that’s what I heard.”

[smr0901]”It’s different when you’re chasing as opposed to defending. Last year they arrived here with a car that was working well but they’ve done even better this year.”

Mercedes has important decisions to make over the coming days in how it responds to Ferrari’s perceived advantage during pre-season testing, said Hamilton.

“I’m really, really proud of what my team has done to get us to where we are today. It’s not that I’m worried or anything or disappointed or anything, we’re just incredibly encouraged and infused with the fact that we’re working as hard as we are.

“We’ve got a hill to climb but we know how to do it. It’s just about how we strategise how diligent we are in these next days to analyse what we do, no shortcuts and try to bring more performance.”

However he warned that Ferrari’s advantage at this stage in the championship will put them in a strong position as the teams begin developing their cars. “If you’re two or three steps ahead it’s easier to keep at least one of those feet ahead throughout the year. But time will tell.”