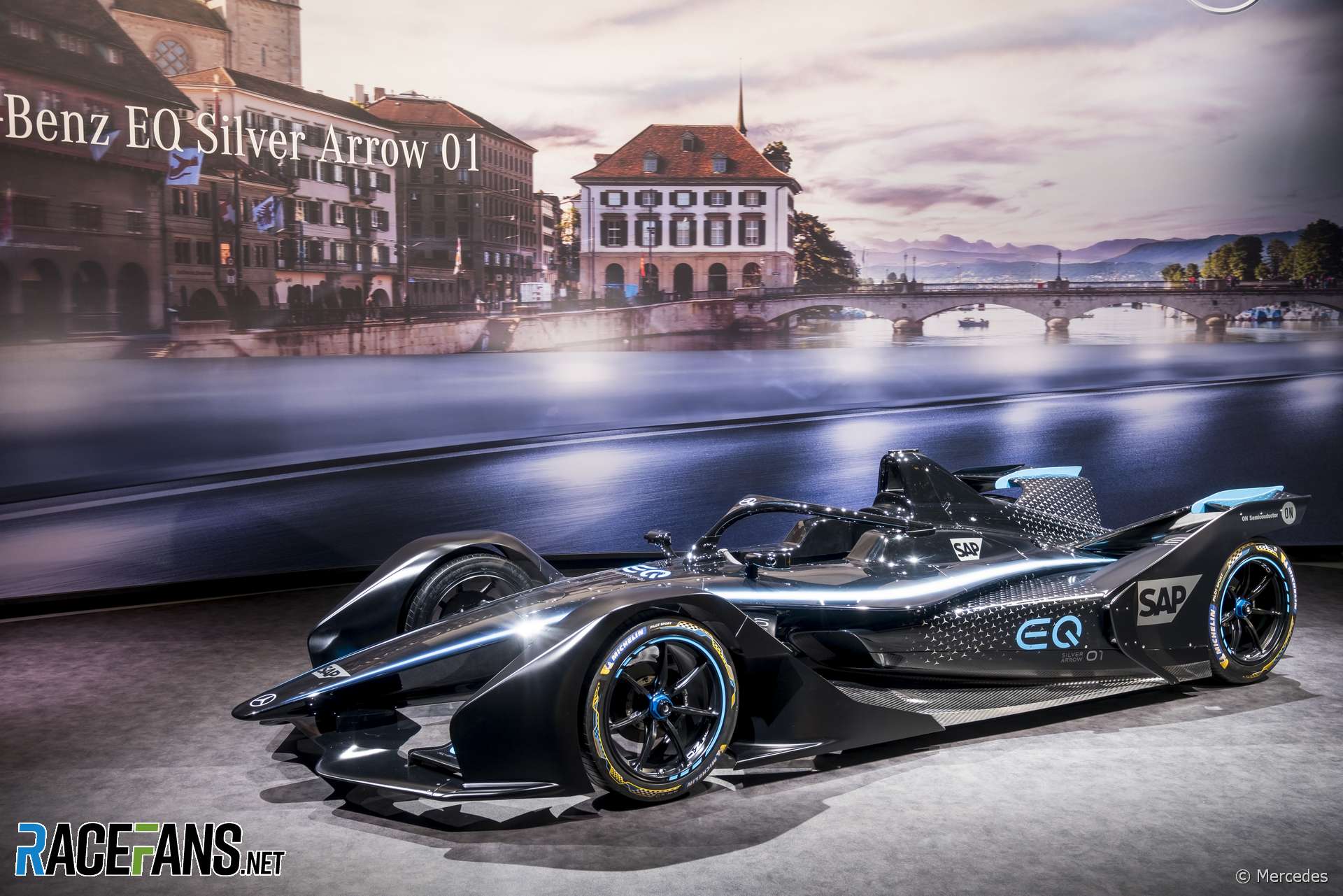 Mercedes has presented a first look at its Formula E car in a ‘teaser livery’ ahead of its entry into the 2019-20 championship later this year.

The car will be displayed at the International Motor Show in Geneva between March 7th and 17th. When it enters Formula E, Mercedes will be the only manufacturer competing in both the electric single-seater series and Formula 1.

“Formula E is going to be a completely new playing field for us,” said head of Mercedes Motorsport Toto Wolff. “But we are looking forward to the challenge of demonstrating the performance of our intelligent battery-electric drives in motorsport and of giving a positive boost to the EQ brand.”

The chief design officer for Daimler AG, Gorden Wagener, gave some insight into the thinking behind the ‘teaser livery’.

“The Mercedes-Benz EQ Silver Arrow 01 teaser car gives a foretaste of the first all-electric Silver Arrow from Mercedes-Benz,” he said. “Blue accents and the subtle contrast between matt and gloss in conjunction with the star pattern at the rear of the vehicle stage the progressive luxury in electric motorsport.”