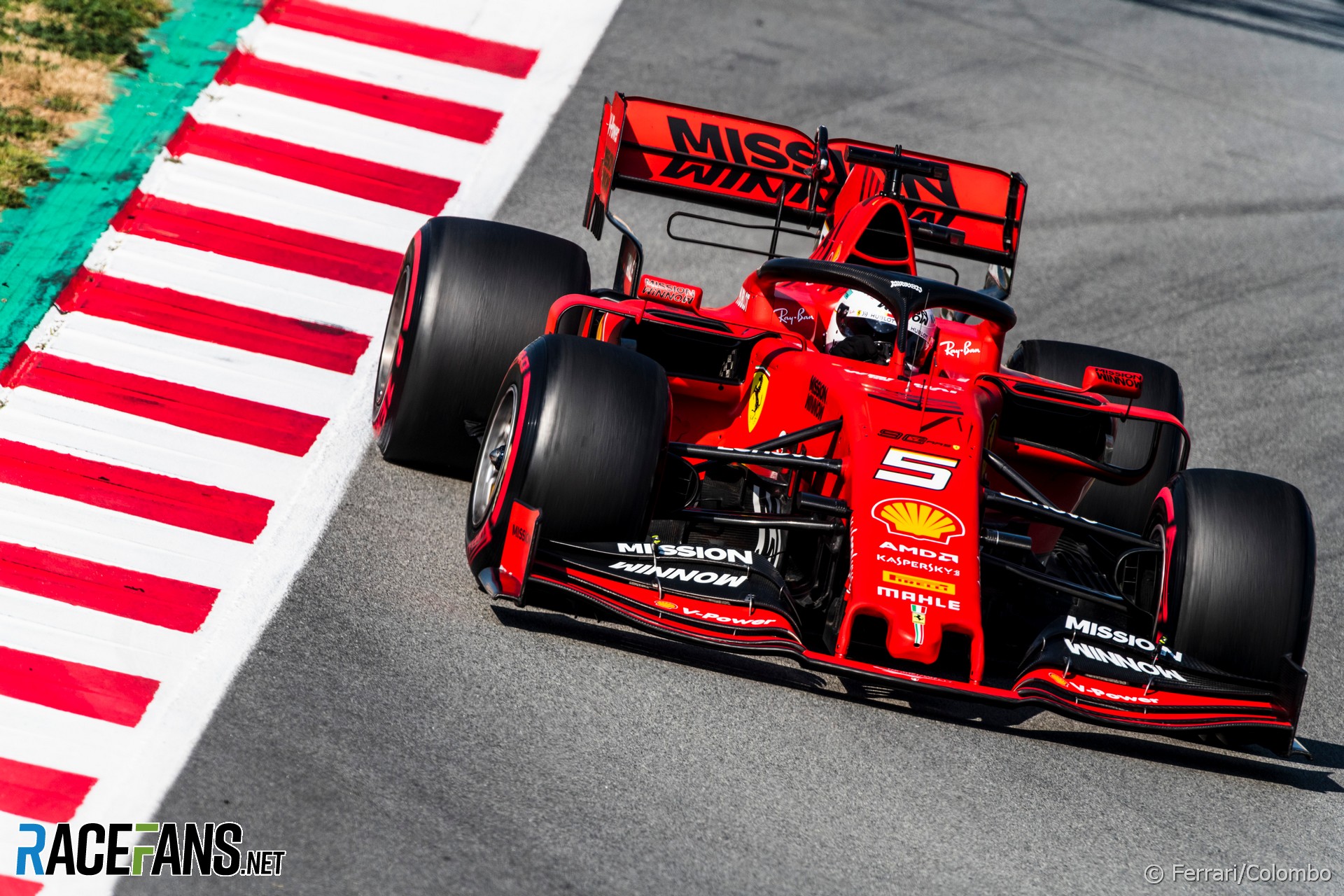 In the round-up: Sebastian Vettel isn’t convinced the new front and rear wings which have been introduced for the 2019 F1 season have made it easier for cars to follow and overtake.

While Kevin Magnussen was said F1’s new wings made it much easier to follow another car, Vettel was less impressed when asked about it during last week’s test:

Yes I have followed other cars last week and yesterday, not really this morning. It’s difficult to say in testing, it’s always difficult to judge because you’re on different tyres, not just different age of tyres but also different compounds and different programs.

So far it was still tricky to follow and to overtake.

Two silver @F1 siblings, side by side. But how do W10 and its predecessor compare? James Allison explains all! 👇 pic.twitter.com/xGRXsvpCpa

London will have an @FIAFormulaE Race through the @ExCeLLondon Centre. Interviewer @RobBonnet suggests on @BBCRadio4 Today it will be chaos. Agag responds we like chaos. Really?

"Race number 50 is a very big moment for us. I remember Bernie Ecclestone told me: 'You will never make your first race."

"The 2019 winner of the AMABA will receive a test in an Aston Martin Red Bull Racing Formula 1 car at Silverstone – which is owned by the BRDC – as well as a run in an FIA World Endurance Championship Aston Martin Vantage GTE challenger, while the Award also has an overall £200,000 prize fund."

"The night before, I almost didn't sleep. I haven't been that excited in a long time."

Interview: The one thing missing from Dixon's resume (Racer)

"We were very strong in the road courses before, and with the road course program last year, we weren’t very good, especially in qualifying. We ended up with good race cars, but we really didn’t figure out how to get the peak qualifying performance out of it."

Andretti to be honoured with Indy Museum exhibit (Motorsport magazine)

"Leading the line-up will be the Lotus Type 79-4 from Andretti’s 1978 Formula 1 World Championship season, and it will be joined by among others the 1974 Vel’s Parnelli Jones F1 car, the 1967 Dean Van Lines Brawner Hawk II Indy 500 polewinner, the 1967 Watson Leader Card sprint car; the 1967 Daytona 500-winning car; the Horn Offenhauser sprint car – named ‘Baby’ – from Andretti’s first sprint car race and a 1994 Lola T9400 from his ‘Arrivederci Mario’ IndyCar campaign."

"It is vital that we not only keep pace, but find new ways in which we can lead. Time marches on, as does technology, and what interests and inspires people."

how is reducing practice/shortening the race weekend improving the fan experience?

When I attend a race weekend I want to see F1 drivers in F1 cars as much as possible. Doing away with Friday F1 running takes away a chunk of what I attend to watch.

Reducing practice running and especially turning it into a 2 day F1 weekend just makes it less worth attending in my view & does not improve the fan experience.

I would also argue that adding more races doesn’t improve the fan experience as it just makes each race feel less special and will more than likely only result in less fans watching every race which again I don’t see as improving the fan experience.

There are things that could be changed/improved. But the number of races & the overall weekend 3 day format with the current amount of practice are not things that do.
RogerA