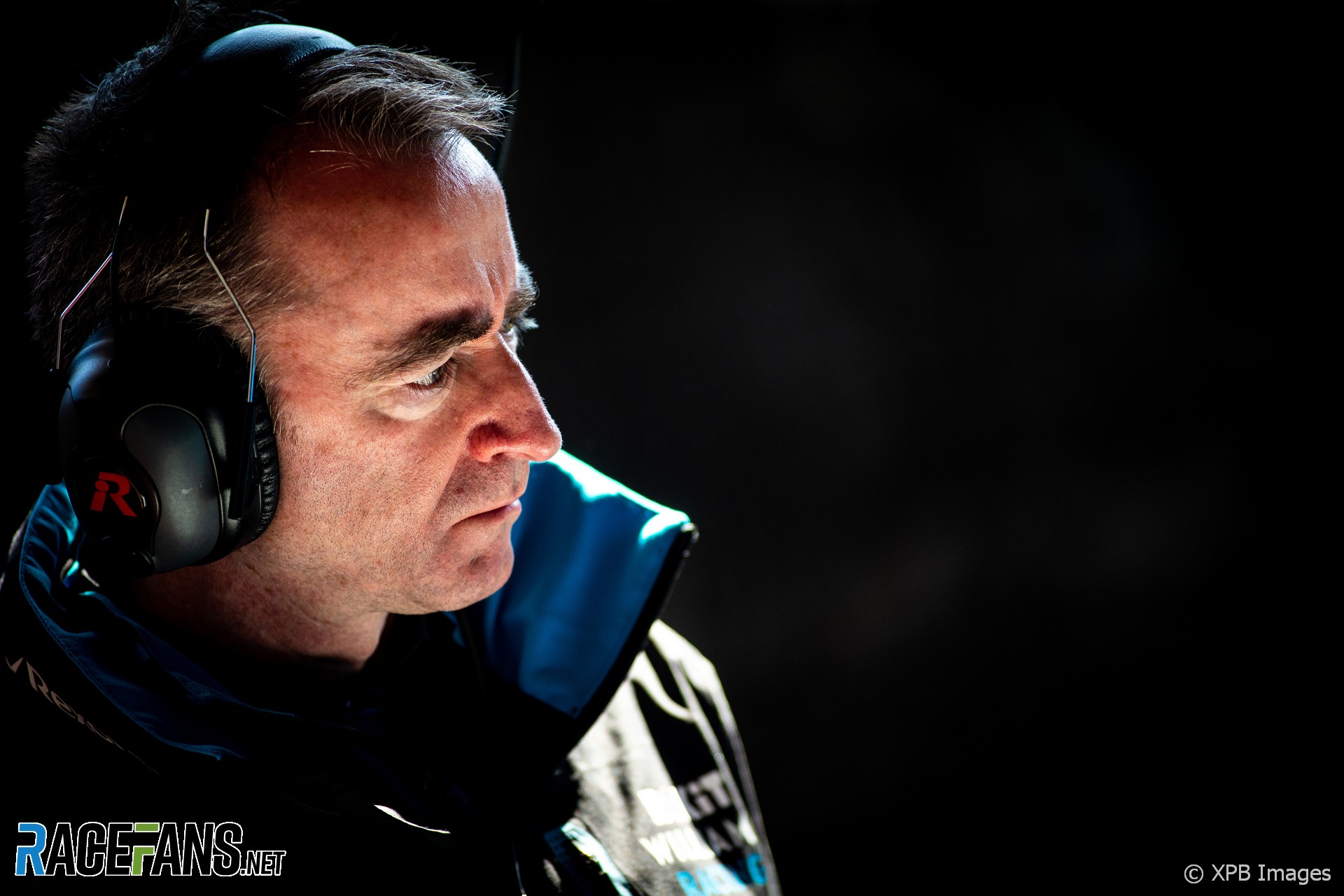 Williams chief technical officer Paddy Lowe has stood down from his role nine days before the first practice session for the 2019 F1 season.

The team confirmed Lowe “has taken a leave of absence from the business for personal reasons”, effective immediately.

His departure comes after the team failed to complete its new FW42 chassis in time for it to participate in the start of testing. The car eventually ran for the first time on the third day of the eight-day pre-season test.

Deputy team principal Claire Williams last week denied claims the car was not completed on time due to delays with external suppliers or financial problems.

The FW42 was the second car to be completed under Lowe’s watch since he joined Williams from Mercedes two years ago. The team suffered a dire 2018 with the car’s predecessor, falling from fifth to 10th – and last – in the championship.

Lowe is the latest in a series of departures from Williams’ technical team in the last 12 months. During its troubles 2018 campaign chief designer Ed Wood left the team after 12 years at Williams and head of aerodynamics Dirk de Beer departed the Grove-based team last May.