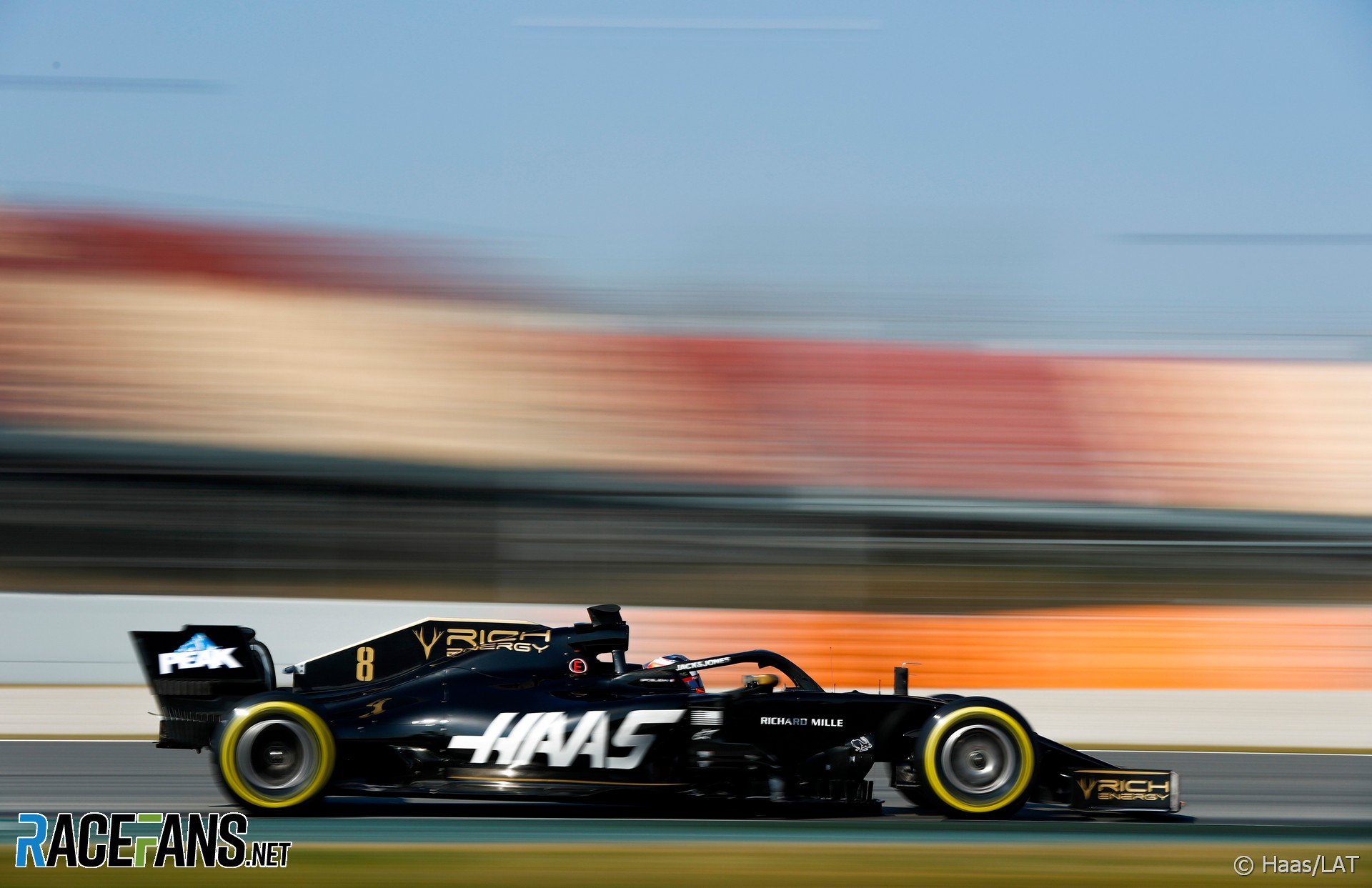 Romain Grosjean wants Formula 1 to remove restrictions on how drivers can set up their tyres.

The sport’s official tyre supplier imposed lower maximum temperatures on tyre blankets during pre-season testing. When asked about the change by RaceFans, Grosjean said made it “fairly tricky” to get the best out of the tyres.

Since Pirelli became F1’s official tyre supplier eight years ago, new restrictions have been introduced governing how teams may use their tyres. These include minimum tyre pressures and maximum camber angles.

Grosjean wants F1 to do away with the restrictions. “I just feel that we should be able to do what we want,” he said.

“Choose our tyre pressure, choose our camber, choose our blanket temperature. That’s really what I feel from from the past: In Formula Renault, Formula Three, GP2, you can play and adjust to your liking a bit more.

“But 80C blanket temperatures in some places could be tricky.”

Grosjean, who is one of the directors of the Grand Prix Drivers’ Association, says he hopes to raise the matter at next week’s Australian Grand Prix.

“We haven’t had a chance to meet everyone for the GPDA but I’m sure we will meet in Melbourne and discuss.

“Maybe I’m the only one not being a huge fan of this. In that case as I say I will adapt and I think already we’ve adapted quite well. It’s just that we need to re-learn a lot of things that we had nicely in our pocket.”