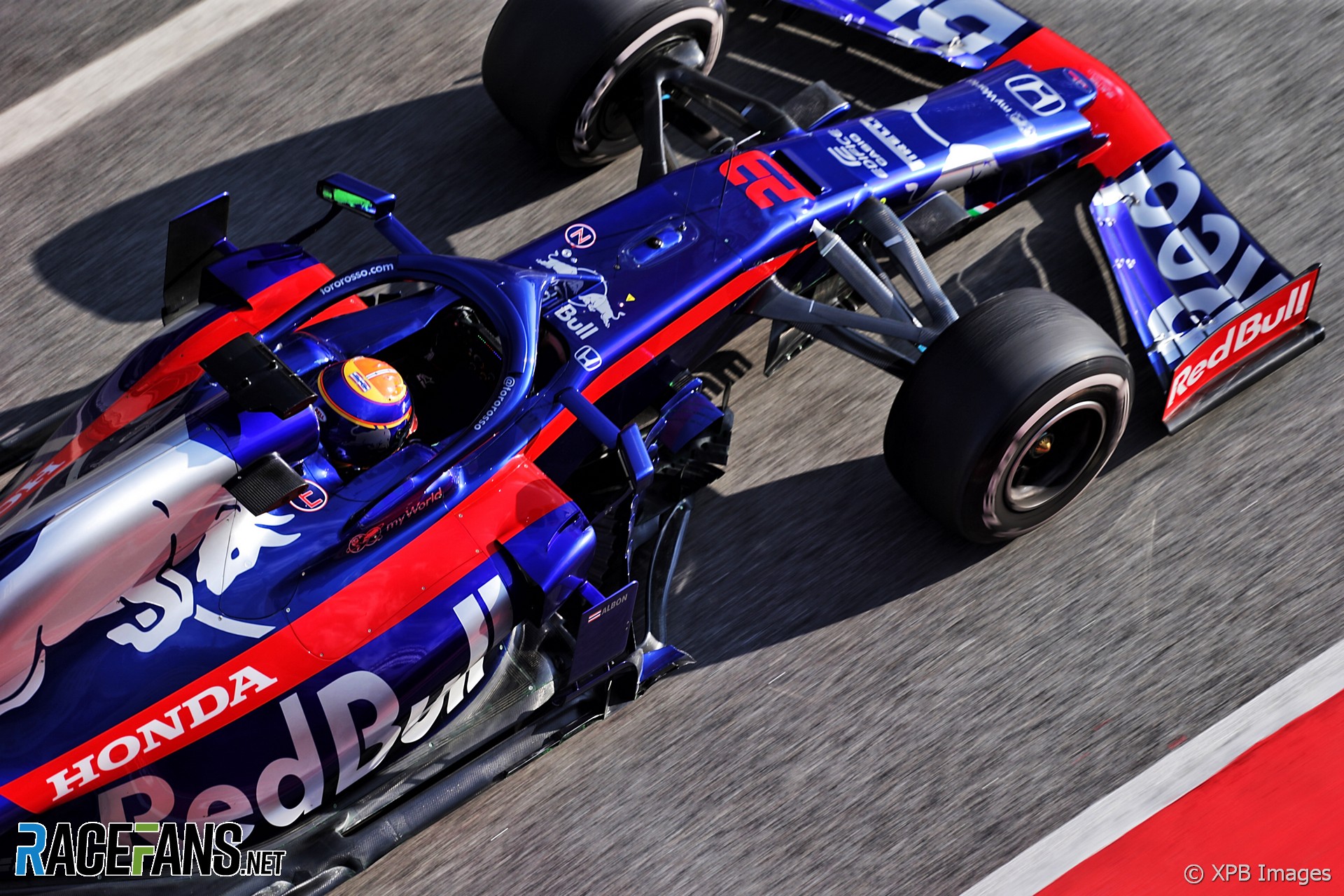 In the round-up: Toro Rosso’s technical director Jody Egginton says not having to change engine supplier during the off-season for the first time in four years is a “significant” development for the team.

The change in regulation has brought its challenges and we’ve also changed a lot of stuff in the background, the way we develop the car in the wind tunnel. The structure of the team’s changed a little bit, people coming, people going. We’ve really had a big evaluation after last year and thought about a lot of things. We’ve got quite a young engineering team but the guys have worked hard over the winter.

Importantly for Toro Rosso it’s the second year with the engine provider. This is significant for Toro Rosso. We do a lot of engine changing year-on-year historically which is a big challenge. This year we’ve not had that so the guys have been able to focus a bit more on really getting to grips with all the details, the all-important packaging. Everyone knows what to expect, there’s no curve balls. The relationship with Honda, we keep saying it, but genuinely it’s fantastic.

They’re a strong partner and they help us and they push along so we can really focus on some things. The reliability of the car’s been better. We’ve hit the ground in a reasonable state and the car build’s gone well. So so far, touch wood, we’ve been able to sort of move along and tick the boxes and answer a few questions probably a bit more successfully than last year when there was a new relationship.

NEEEUM: The fastest remix of all time

"Following the approval of the 2020 LMP Technical Regulations by the Council on 5 December 2018, today’s meeting approved the following update to these regulations: Expansion of the 2020 LMP Technical Regulations concept to allow a 'Hypercar' developed from the road cars sold by the manufacturers to enter, while preserving the previously-approved regulatory format. This expansion is designed to enable additional manufacturers to enter the championship."

"We have a strong belief in our capabilities and we go to every race believing that we can win. But you have to keep reminding yourself of the depth of the field."

Netflix’s F1 series offers a captivating, candid glimpse behind the curtain (The Guardian)

"Their argument was that they did not want to be distracted from competing for the world championship. The show’s other executive producer, Paul Martin, believes they did a disservice to the fans and the sport by not taking part."

"Inexplicably - and powered, it must be said, in part by Adam Parr and Toto Wolff - Jonny was sidelined by the Williams board when succession was mooted. Instead, it was Jonny’s younger sister who was empowered to sign the cheques."

Alec Rossiter, an editor on the new Netflix F1 series Drive to Survive, got in touch to address a point I raised in yesterday’s review of episode four:

The radio news report, refereed to at the top of this article, is a genuine archive clip of a radio broadcast – it was a radio archive clip provided to us by the fantastic archive team working on this series – what fantastic research and sourcing they did. It was many months ago that this edit was first put together (by me), but I hope I remember correctly that the clip in question is taken from a BBC5 live radio broadcast.
Alec Rossiter

On this day in 1994 Volvo made the surprise announcement that it would enter the British Touring Car Championship with the estate version of its 850.