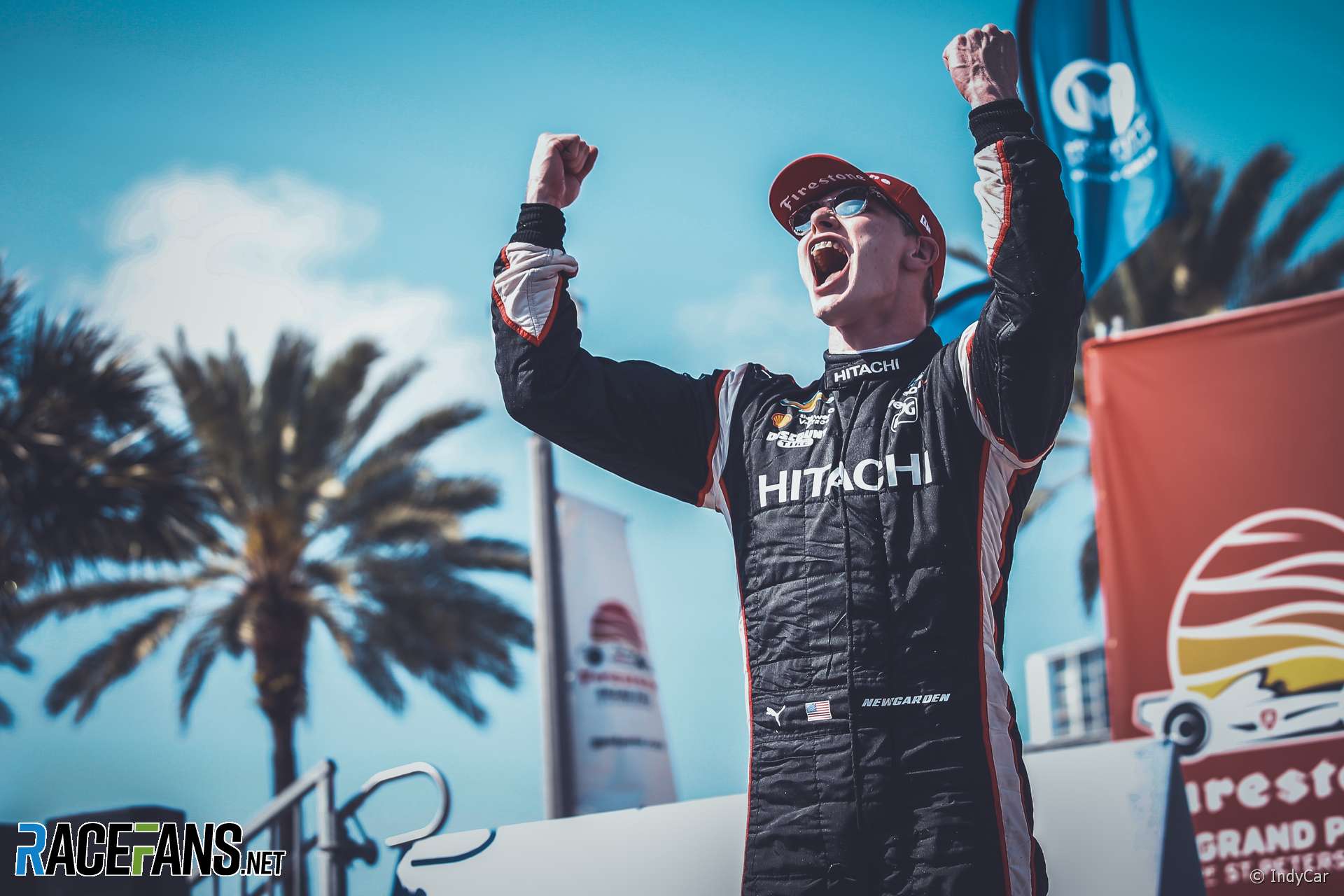 Reigning IndyCar champion Scott Dixon was beaten to victory by his predecessor Josef Newgarden as the new season got underway in St Petersburg.

Newgarden fought back after losing the initiative at the start to Dixon’s team mate Felix Rosenqvist, who impressed on his way to fourth place on his IndyCar debut.

Will Power led the field from pole position at the start while Rosenqvist pounced on Newgarden for second. Rosenqvist then hit the front by springing an attack on Newgarden after a rolling restart.

The Ganassi rookie held his lead until the drivers made their second visits to the pits. Rosenqvist pulled up slightly long in his pit stop, losing vital time. That disadvantage was multiplied when he emerged almost side-by-side with Power, and was forced to back off.

That allowed Dixon, who ran three laps longer than his team mate, to take advantage. He also emerged on Power’s tail, but a few laps later successfully prised the lead from his rival’s hands, manoeuvring around the outside of turn three.

However the real winner at this phase of the race was Newgarden. While Dixon, Power and Rosenqvist queued up behind Marco Andretti, who was running on an alternative strategy, Newgarden emerged ahead of the Andretti driver and built up an advantage which won him the race.

Alexander Rossi was the best of the Andretti drivers in fifth place, while team mate Ryan Hunter-Reay dropped out early on. Another retirement in the opening stages was Sebastien Bourdais, winner of the last two races at this track, who suffered an engine failure on his Coyne car.

James Hinchcliffe was the first of the Schmidt Peterson cars home. Simon Pagenaud seldom figured in Penske’s third car and came in seventh ahead of newcomer Colton Herta. Santino Ferrucci and Jack Harvey completed the top 10.

Video: 2019 IndyCar round one: St Petersburg

Pictures: 2019 IndyCar round one: St Petersburg