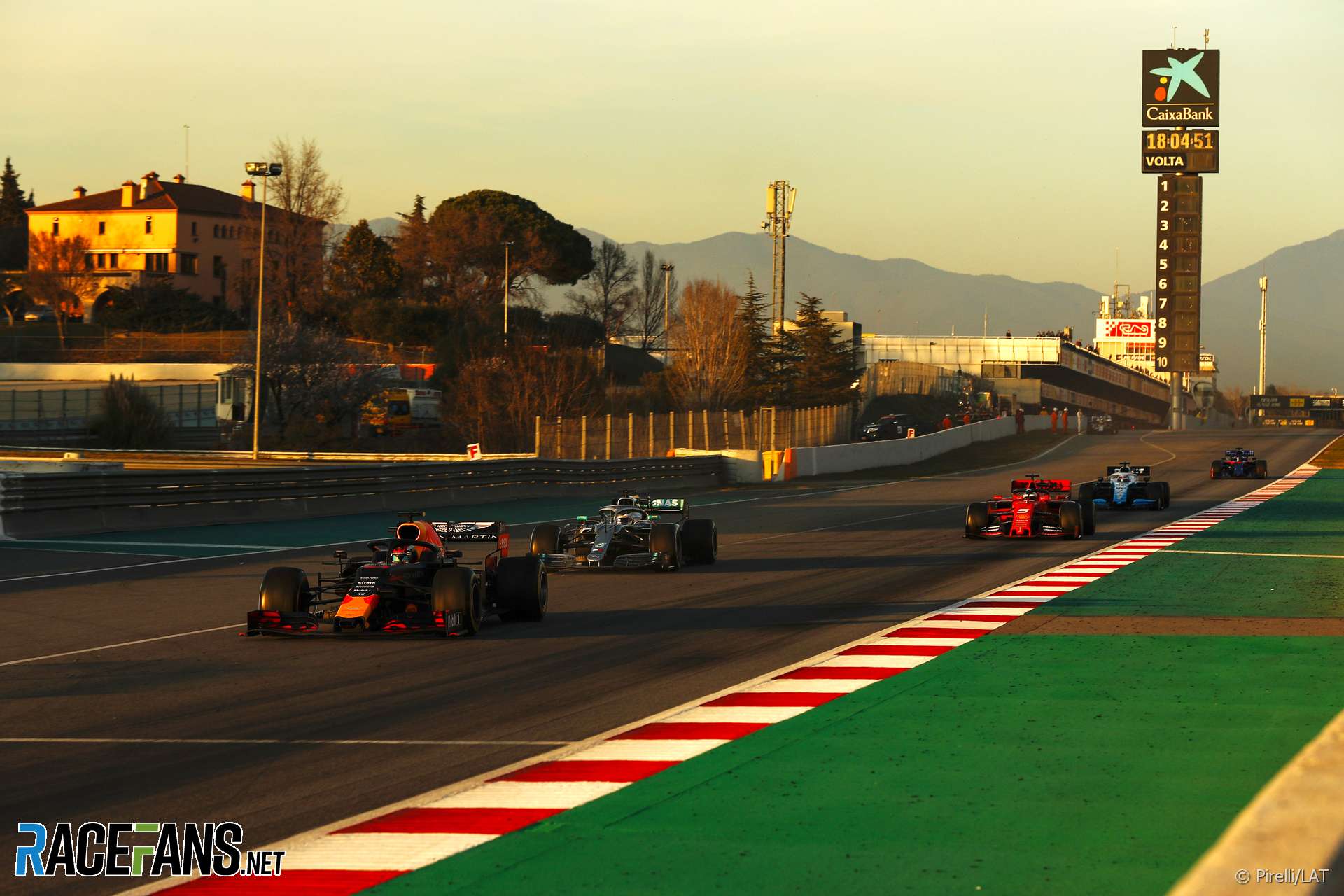 There are 20 drivers ready to tackle the 21 rounds which make up the 2019 F1 calendar, starting with next week’s Australian Grand Prix.

With testing done, all that’s left is to make our traditional predictions for the season ahead. Here are your 20 questions – post your answers in the comments.

1. Helmut Marko says Red Bull-Honda will win five races. How many do you think they will win?
2. What will Daniel Ricciardo’s highest race finish be?
3. Who will score the most points: Lando Norris, Alexander Albon or George Russell?
4. Which driver will out-qualify their team mate the most?
5. How many races will Charles Leclerc win?
6. How many podiums will be scored by cars other than Mercedes, Ferrari or Red Bull?
7. Which driver will win the pole position trophy?
8. Who will be the first driver to be replaced or substituted for a race?
9. And who will take their place?
10. Which driver will collect the most penalty points?
11. Who will win the Monaco Grand Prix?
12. Will Esteban Ocon get an F1 race seat for 2020 – and if so, who with?
13. Spain Britain, Germany, Italy and Mexico don’t have deals to hold rounds of the 2020 F1 calendar. Which of these races will get one?
14. How much quicker will this year’s cars be than last year’s?
15. What will be the biggest political story of 2019?
16. Which driver will use the most engines (ICE), and how many?
17. At which race will the drivers’ championship be decided?
18. Which team will finish fourth in the constructors’ championship?

19. Who will win the constructors’ championship?

Which team will win the 2019 constructors' championship?

20. Who will win the drivers’ championship

Who will win the 2019 drivers' championship