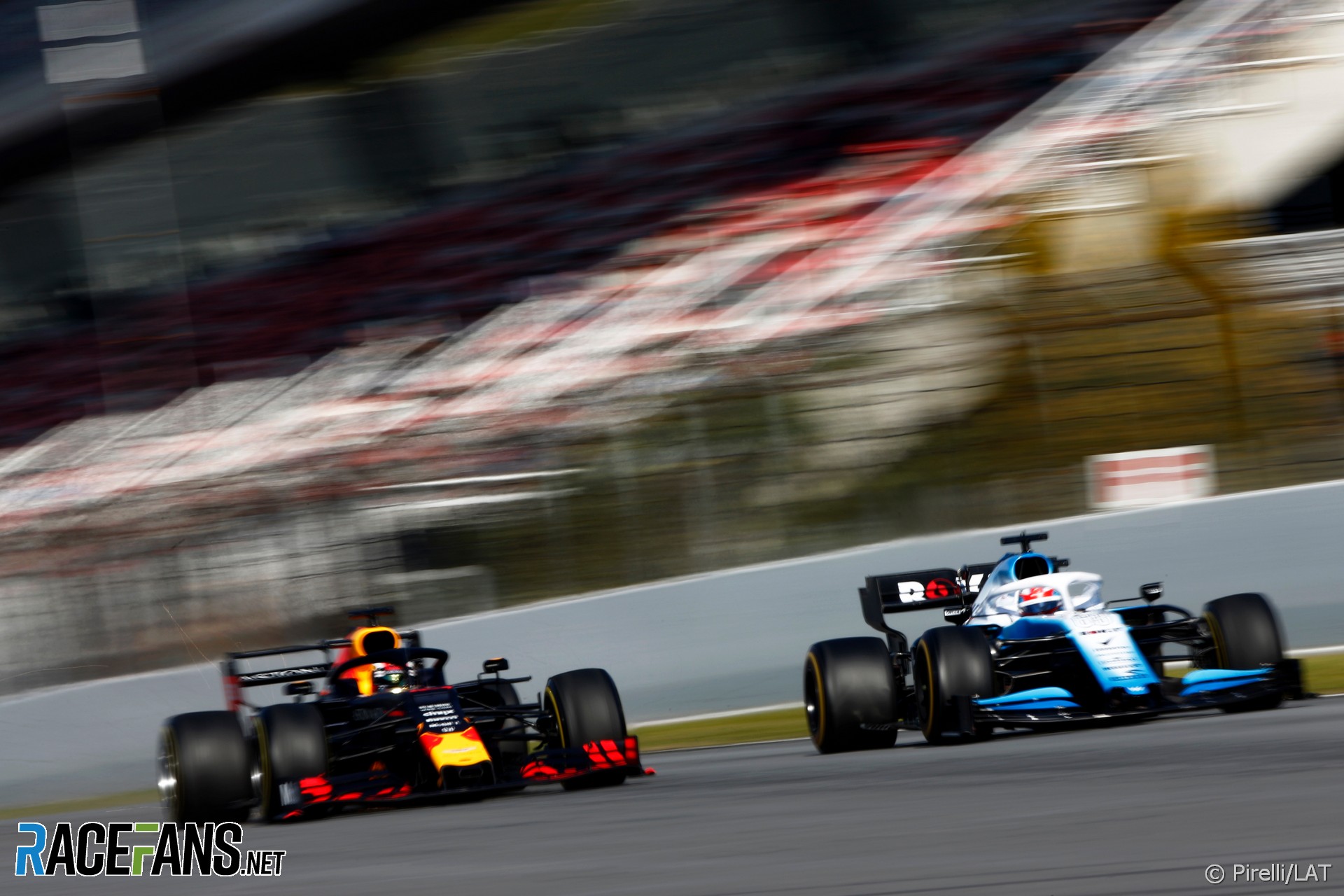 Less than two seconds covered the 10 teams at the end of the final pre-season test ahead of the 2019 F1 season. But is the field really that close together?

There’s little doubt the field will be spread much wider than when they qualify for the season-opening Australian Grand Prix this weekend. Last year the field spread in testing was two seconds, but was more than double that on the first grid of the season.

Despite substantial aerodynamic changes to the cars for the new season, Toro Rosso technical director Jody Egginton suspects the competitive order has changed little over the winter. He expects to see the same the teams at the front, a tightly-bunched midfield behind.

Egginton believes Toro Rosso are “in the midfield pack.”

“It’s a big pack. I think it’s six teams. I think it’s fair to say Williams would admit themselves they’ve got a bit of work to do to join up.”

After falling to last in the championship in a disastrous 2018 campaign, Williams hasn’t got off to a much better start this year. Its FW42 was completed five days later than scheduled and chief technical officer Paddy Lowe has stepped down from his duties, officially for “personal reasons”.

However the team was adamant it would be able to complete both chassis and have sufficient spares for this weekend’s season-opener. “It has taken a huge amount of work by everyone on Grove to prepare enough parts, to get all our procedures in place, and ensure that the drivers are in the best possible position to start the competition,” said senior race engineer Dave Robson.

Last year the ‘big three’ teams were never out-paced by the midfielders, and the gap between them was frequently in the order of one second per lap. However Lewis Hamilton believes that gap has at least halved over the winter.

“I think at the moment it is the three teams at the top but also the other teams at the back have closed up as far as I’m aware. The whole pack has closed up.

“I don’t know which team is fourth currently but they’re a lot closer than they were in the past. Before there was like a second gap or something like that I think it’s now within half a second or maybe less.

“Which is awesome. Depending on how their development will be through the year, whether or not they have the capacity to develop as the top three teams do, will be probably the biggest question. But it’ll be exciting. Maybe you’re going to see some races where the Renault or the Force India perhaps will be a lot higher than it’s been in the past.”

24 comments on “F1’s three packs: The big three, the midfield – and Williams”