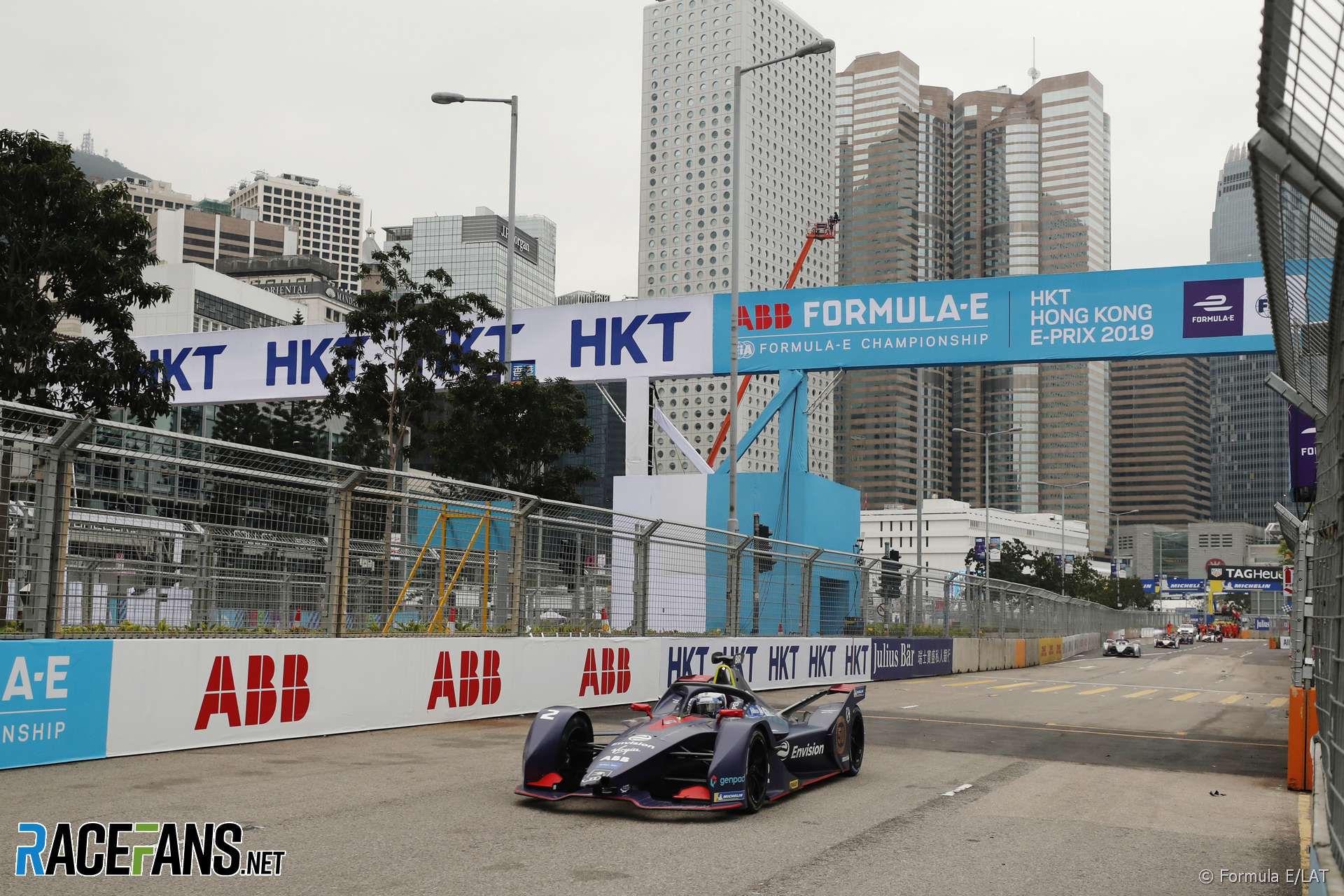 The Formula E stewards have rejected a protest from Techeetah which demanded they impose a harsher penalty on Sam Bird for hitting their driver.

Bird lost his victory in yesterday’s Hong Kong EPrix and was relegated to sixth place after being given a five-second time penalty for colliding with race-leading Techeetah driver Andre Lotterer on the final lap. Bird hit Lotterer from behind, causing a right-rear puncture which left his rival 14th at the flag.

Their protest argued “the imposition of the penalty was insufficient and as a result generates a bad precedent for other drivers, being getting away with a five-second penalty for a collision” and that “the penalty encouraged other drivers to do the same but earlier in the race to recover a time penalty.”

Teams are not normally able to protest time penalties given to drivers during races. Techeetah attempted to get around this by protesting the ‘Amended Provisional Classification’ issued by the stewards which referred to Bird’s five-second penalty.

FIA stewards Michael Masi, Jaije Wong and Julian Cheung Kim Hung rejected Techeetah’s appeal partly on these grounds. “The ability to protest the provisional results should not be used by a competitor in a manner so as to circumvent the regulations where certain penalties are not subject to appeal,” they noted.

They also found Techeetah presented “no new evidence presented whatsoever that in any way supported an increase in the severity of the time penalty against car number two.” Techeetah forfeited the fee it paid for lodging the protest.

Stewards ruling on Techeetah protest against Bird penalty in full

1. The protest alleged that Mr Sam Bird, Driver of Car #2 caused a collision and as a result breached the provisions of Article 16.1 (d) of the 2018-2019 Sporting Regulations for the FIA Formula E Championship.

3. Present at the hearing were:

4. The Stewards declared that the protests had been lodged within the applicable time limit as specified in the International Sporting Code (“The Code”), and hence decided to proceed to a Protest Hearing.

5. The parties confirmed that they were in receipt of the Protest and the Stewards Summons to attend the Hearing.

6. The Parties were given the opportunity to make submissions regarding the validity of the Protest. The parties agreed there were no objections to the Form of Protest or the matter being heard.

7. Mr De La Rosa tendered the following in support of their Protest:

• That the time penalty of 5 seconds applied to Car #2 was not severe enough
• Car #2 touched Car #36 several times prior to the incident
• Car #36 generally maintained a consistent race line throughout the race
• Car #36 didn’t brake any earlier on the lap of the incident than the previous laps
• Car #36 had led the previous 28 laps of the race
• The driver of Car #2 was aware of the braking points and race line that had been used by Car #36 as he was following him for the preceding laps
• Car #36 as the leader of the race has the right to choose the braking line
• The impact was heavy resulting in the puncture to Car #36 and as a result Car #36 retired from the race
The imposition of the penalty was insufficient and as a result generates a bad precedent for other drivers, being getting away with a 5 second penalty for a collision
• That the penalty encouraged other drivers to do the same but earlier in the race to recover a time penalty
• That the Competitor would not have protested had Car #36 been able to continue in the race
• That the Driver of Car #25, also from his Team, DST, received a 5 second Time Penalty during the Race and that they as a Team considered this a fair penalty as Car 25 did touch another driver and passed him, however both were able to continue.
• The penalty for cutting of a Chicane had been increased from previous events to a 10 second stop and go penalty at the request of the Teams in the Championship and that as a result the penalty was out of proportion.
• DST is generally concerned with the amount of contact allowed in the current Season of Formula E with the current Car.

8. Mr Leon Price tendered the following in reply to the submissions by DST

9. Mr De La Rosa and Mr David Clarke tendered the following additional submissions as a result of those of Virgin Racing Ltd:

• He disagreed that the outcome as a result of an incident should not be taken into account. An example of this was the incident involving Car #25 with Car #8 during the race that resulted in a 5 second Time Penalty as a result of contact and gaining a position.
• He also tendered a Tweet from eRacing Magazine with a quote that was allegedly attributed to the Driver of Car #2. A copy of the Tweet is attached to this Decision.
• That in their view contact generally must be reduced as Drivers cannot be aware of the ultimate outcome of an incident or its severity at the time of an incident Document No 52

10. The Parties advised that they had no further evidence to present or submissions to be made and the Stewards adjourned the Hearing at 2155hrs to deliberate.

1. That the Protest Lodged by DS Techeetah is dismissed.
2. That the Amended Provisional Classification issued at 2050hrs was correct in that a 5 second time Penalty had been applied to Car #2 for a Breach of article 16.1 (d) – Causing a Collision of the 2018-2019 Sporting Regulations for the FIA Formula E Championship.
3. There was no new evidence presented whatsoever that in any way supported an increase in the severity of the Time Penalty against Car #2.
4. The outcome of an incident is not taken into account when considering a penalty and only the incident itself on its merits.
5. That the ability to Protest the Provisional Results should not be used by a Competitor in a manner so as to circumvent the regulations where certain Penalties are not Subject to Appeal.
6. The Protest Fee is forfeited in accordance with Article 13 of the ISC.

The Competitors are reminded of their Right of Appeal in accordance with Article 15 of the FIA International Sporting Code.