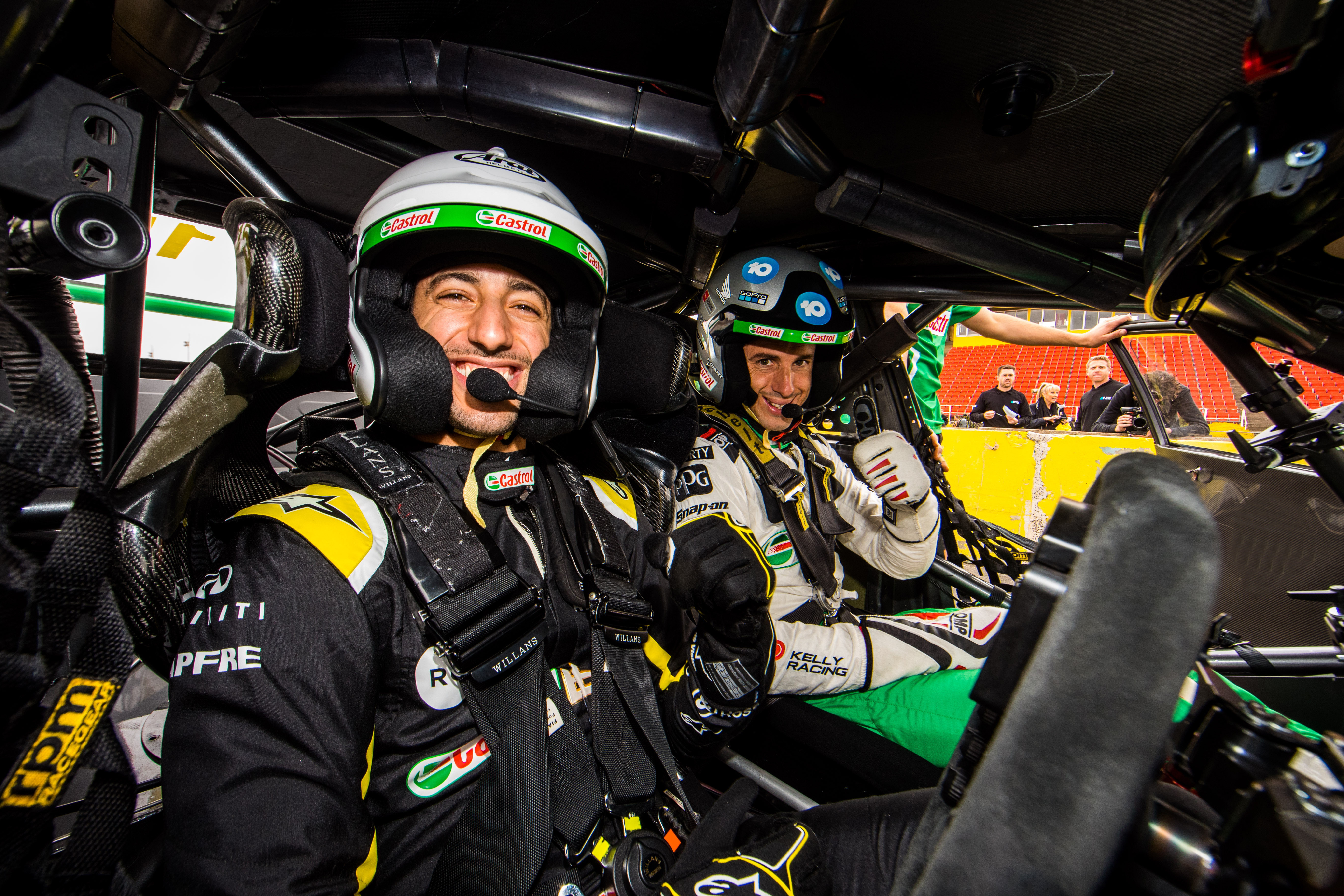 Daniel Ricciardo had his first run in an Australian Supercar at Calder Park ahead of this weekend’s Australian Grand Prix.

The new Renault F1 driver, who had never previously driven a tin-top, took the wheel of Rick Kelly’s Nissan Altima L33. The car has a V8 engine producing around 635bhp.

Ricciardo described his first experience of a Supercar as “Awesome.”

“I expected it to be good,” he said. “It’s not like I didn’t expect it, but I’ve never really driven any serious race car with a roof on it, it’s always been formula cars, so I didn’t really know what to expect either.”

The Supercars championship will support this weekend’s F1 race at Albert Park. For the second time, the round will count towards the championship.

“I’ve always loved Supercars for how close they race, the bit of bumping and just having that judgement at that speed is pretty cool,” added Ricciardo.

“With F1, obviously we race close but you don’t really get as much touching because just the way that the cars are built and they’re a bit more, I guess, fragile, but for these guys to still be doing well over 200 kays and be pushing bumpers, it’s good fun.”