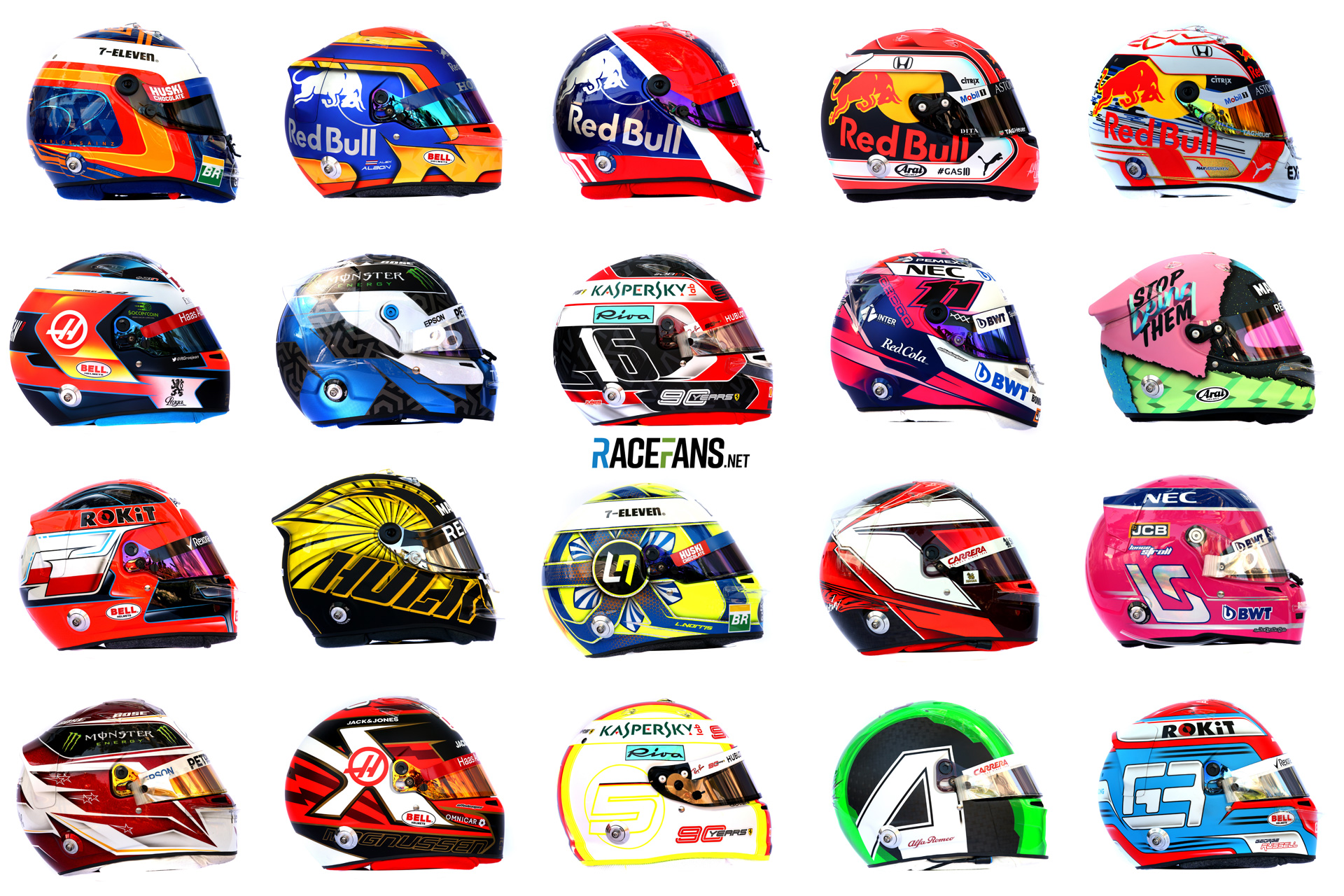 All 20 drivers have revealed their helmet designs for the 2019 F1 season.

Daniel Ricciardo has produced one of the most striking designs for the new season. Having split from Red Bull he has revealed a new pink and blue look which he described as “funky” and “artistic in a modern way”.

Ricciardo isn’t the only driver to have gone pink. Following his switch to Racing Point, Lance Stroll has adopted the team’s pink colour scheme which both its drivers have used since the team’s cars changed colour to match sponsor BWT two years ago.

Lando Norris has brought his familiar blue and bright yellow colours from the junior categories into F1 while Antonio Giovinazzi, the only Italian driver on the grid, carries his country’s tricolour.

Robert Kubica has also incorporated his country’s flag into the design of the helmet he will use for his first F1 race since 2010. Danil Kvyat, who also returns to the grid this year, has revised his design with bolder red colouring. Team mate Alexander Albon, another of this year’s rookies, his picked out orange and blue colours.

Here are all the F1 drivers’ helmet designs for the 2019 season: