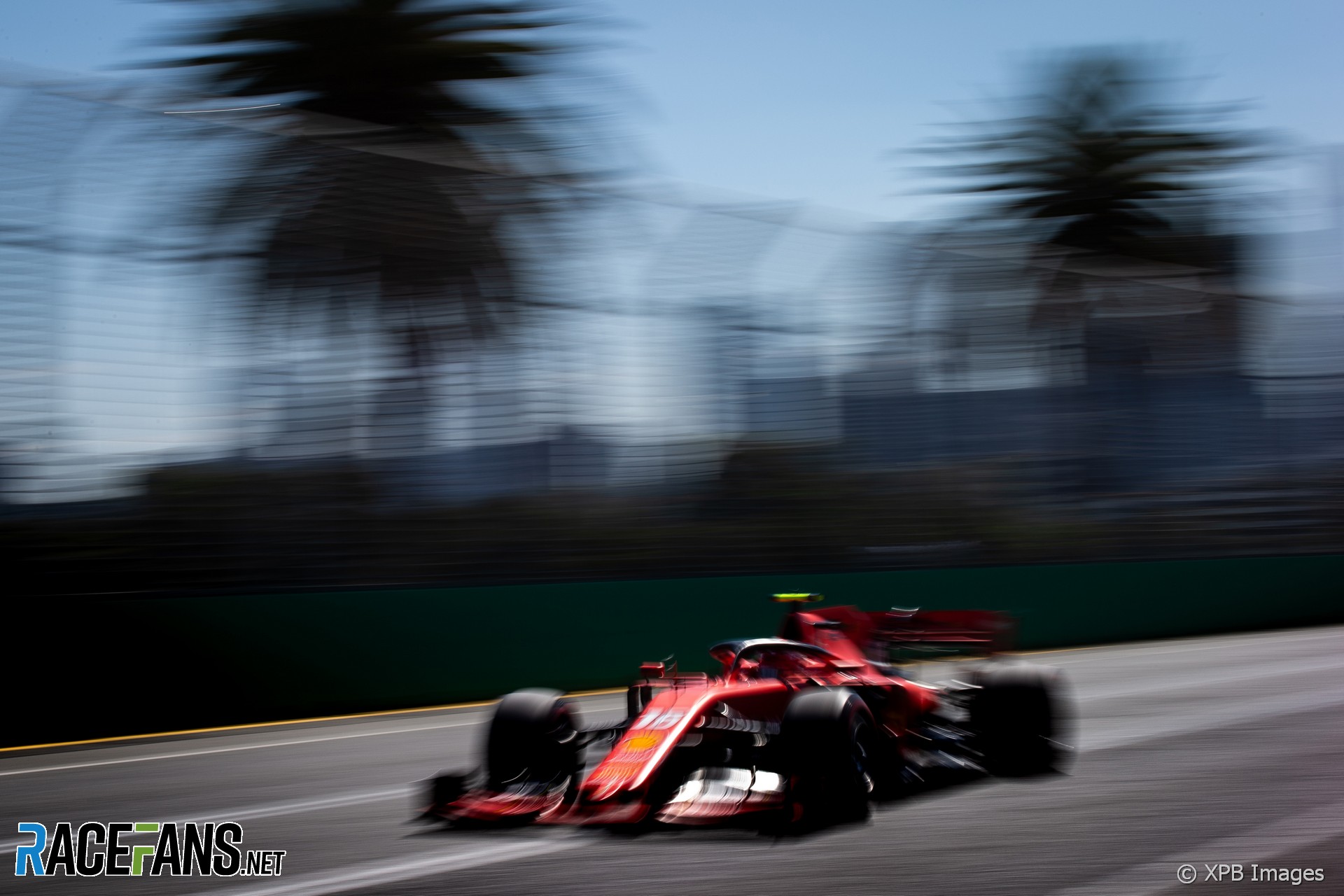 As usual in the first practice sessions for the new Formula 1 it was a case of sandbags at dawn.

“It’s only really when everybody pulls their pants down tomorrow in qualifying that you see where we’re at,” remarked Christian Horner in between practice sessions.

Accusations flew in various directions. Sebastian Vettel said Mercedes’ eight-tenths margin over their rivals in practice showed their public comments about how much quicker Ferrari had been in testing were “bullshit”.

But Daniel Ricciardo doesn’t think Ferrari’s pace was real either.

“Mercedes showed their hand, that was kind of expected” reckoned the home favourite. “They were quick but I still don’t think maybe Ferrari or some others have shown their [hands].”

Charles Leclerc said Ferrari’s curious loss of performance between first practice, when they were bang on Mercedes’ pace, and the season session, was down to blustery conditions at the Albert Park circuit.

“FP1 had been very positive, very happy about this,” he explained. “FP2 a bit less, bit more difficulties. The wind picked up and we seemed to struggle a bit more.

“But no panic, we’ll try to figure out what’s wrong and we already have some ideas and hopefully we can fix it for tomorrow.”

Leclerc’s comments tally with Vettel’s remarks that he felt the balance of the Ferrari was as good as it had been in testing at times, but not always. Last year the team regularly did solid work finessing its set-up from Friday into Saturday thanks to the efforts of Daniil Kvyat and Antonio Giovinazzi in the simulator. Will new signing Pascal Wehrlein be able to work the same magic? (Fellow Ferrari simulator newcomer Brendon Hartley is on sportscar duty at Sebring.)

[mpuzweeler01]The likelihood is that all of the ‘big three’ teams were lapping further off their potential pace than their rivals. This is borne out by the lap time differences chart below, which shows they are much further off their 2018 pace at this track than any of the other teams. Besides Williams, who at this early stage appear on course for a repeat of their dreadful 2018 campaign.

“I don’t think we’ve seen all of the cards from any team,” admitted Valtteri Bottas. “We know how much we can improve for the qualifying, for the race. But we have no clue how much the others can.

“Ferrari were very strong in winter testing. I don’t think their speed has somehow disappeared. For sure they were testing something different.”

There’s been no indication yet that Renault, last year’s midfield champions, have made significant progress in closing on the front runners. Ricciardo was frustrated by a seat belt problem of all things on his first Friday practice outing for the team.

“To be honest most of the day was a bit of a difficult day,” he admitted. “We got one lap in with the soft tyres at the end in FP2 which put us in a more competitive place. But the long run wasn’t that good either. So we were a bit up and down.

“There’s still quite a lot to learn I think with the car and still probably some ways to set it up, a few little tricks here and there. Nico [Hulkenberg] obviously has a bit more knowledge with that so I’ll just try to understand a bit of that direction as well and for now I’ll probably learn a few things from him and maybe as time goes on he’ll learn some things for me.

“But the car doesn’t look too bad for now. His long run looked better than mine and actually quite impressive so that’s positive.”

Or, as his boss put it: “Pants down on Saturday. That’s the first real benchmarking this year…”

25 comments on “Are Mercedes, Ferrari or Red Bull sandbagging? They all are”