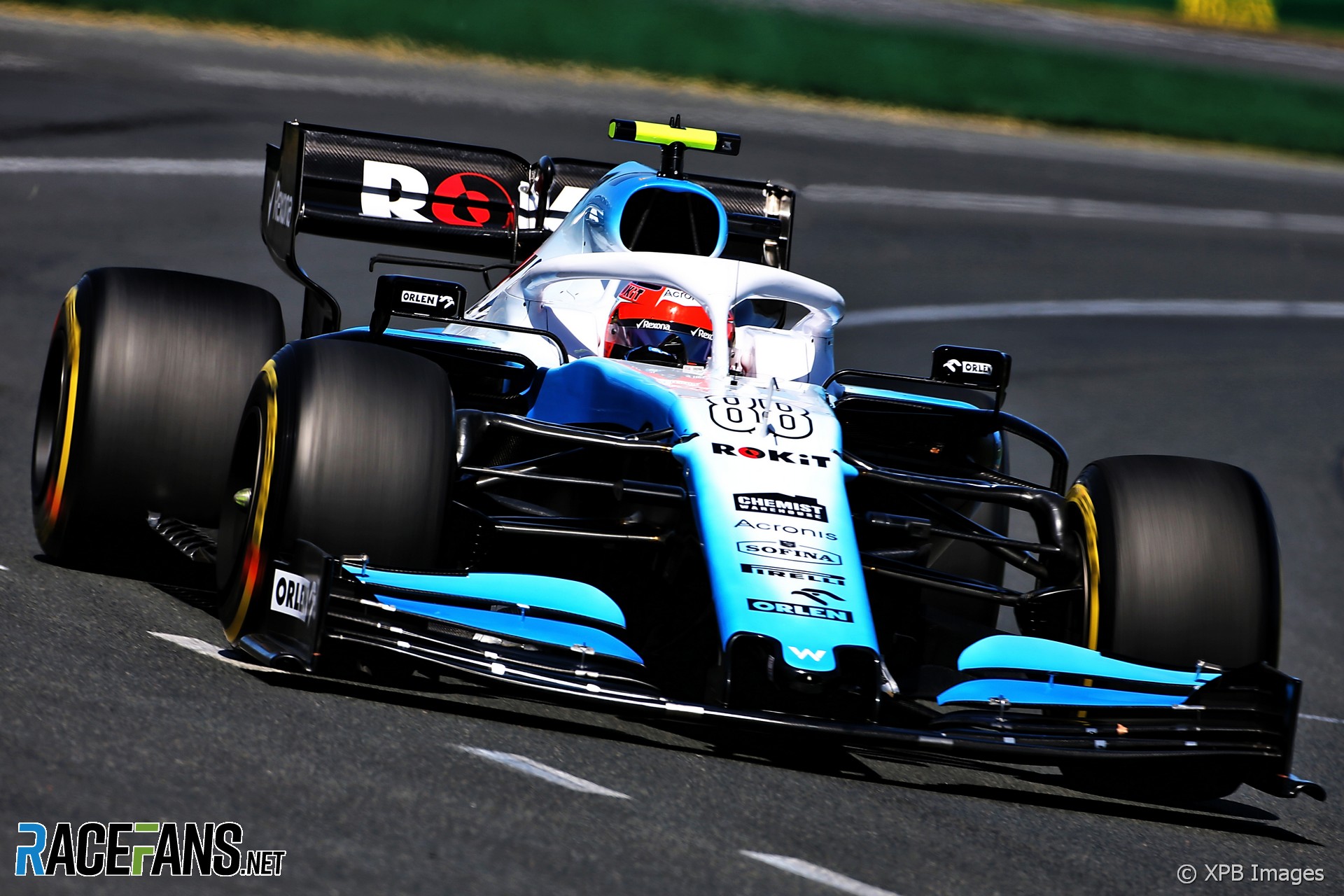 Robert Kubica says his first day of practice for Williams was compromised because of damage on his car.

The team is also short of spare parts for its FW42 which meant he had to take extra care not to sustain more damage.

Kubica, who made his first appearance in an official F1 session since 2010 today, said his return was “a great achievement and a good feeling.”

“Unfortunately the feeling is compromised a bit with difficulty we are having,” he added. “Especially second free practice [there] was quite a lot of compromise with some damage we faced in the car.

“So we tried to limit the parts, fix the parts. But unfortunately we don’t have a lot of spares so we had to try to do the maximum from what we have. But it is difficult to drive and if you face other damage it’s even more difficult.”

“Anyway I think it’s good to be here although it sounds strange because normally if you are so slow it’s difficult to find positives. But I think as always you try to do the maximum from what you have and this will be the target also for tomorrow.”

Kubica said the team “faced similar issues” with damage during pre-season testing. “We have to stay away from kerbs. It’s not easy, especially when you are fighting to stay on-track.

“The positive thing is the afternoon felt better but unfortunately as I say it was quite compromised with what is happening.”

Williams ended the first day of practice 1.7 seconds behind the next-slowest car. Kubica indicated the car is not delivering a consistent level of grip. He said his level of confidence at the wheel “depends on what the grip is delivering.”

“I think we are struggling overall with the grip,” he explained. “It’s not a secret. You try your best. This morning was very difficult, we struggled a lot with general grip and this afternoon looks like we’d improved a bit although the lap times didn’t show. But the feeling was slightly better.”

27 comments on “Kubica: Williams compromised by damage and parts shortage”