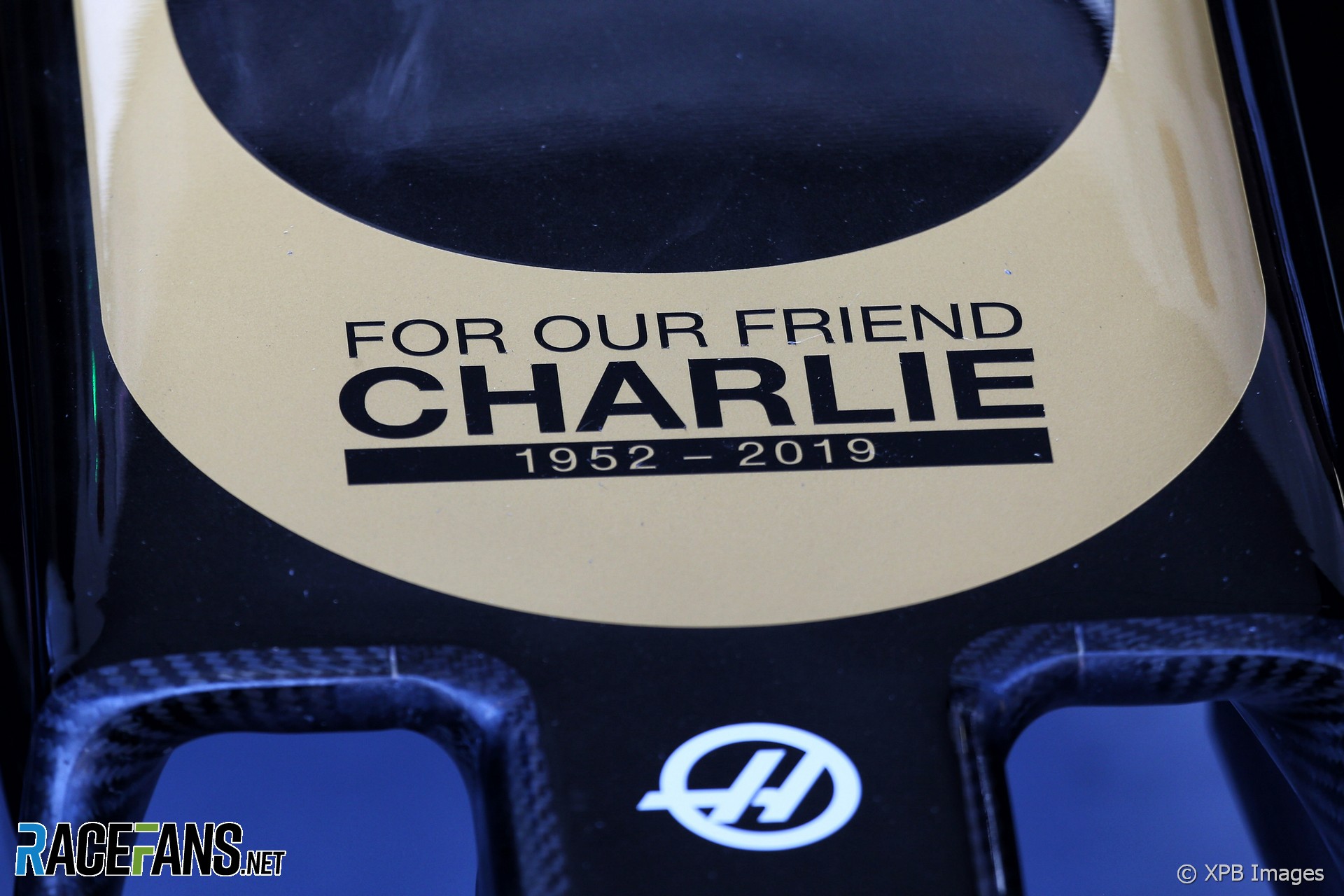 Haas will run a tribute to FIA race director Charlie Whiting, who died yesterday, on the nose of its car during this weekend’s Australian Grand Prix.

“Charlie was a very big part of this sport,” said Steiner. “We all know him, he was always polite. He never had anything bad to say which is amazing from a person in his job, especially. My condolences to his family because he was too young to go.

“I think he was a friend of Haas [and] he was a personal friend. I would say without the help of Charlie in the beginning five years ago, [when] he advised us how to do things best, we wouldn’t be here. So I’ve got a lot of respect for what he did.”

Whiting spent over two decades in the role of FIA race director, overseeing almost 400 grands prix. Steiner said he deserved to be remembered as one of the people who helped make the sport great.

“I think we always have to remember him being one of the big ones in this sport to make it what it is now. We never have to forget. We can show up here, have a good time, have a good life out of this, because of people like Charlie. So a lot of respect to him.”

Other teams have also arranged tributes to Whiting at short notice following his death yesterday morning. Ferrari personnel are already wearing black armbands and Mercedes has also ordered some. The F1 two-seater car is carrying the name ‘Charlie’ on its rear wing this weekend.

5 comments on “Steiner: “Haas wouldn’t be here without Whiting””