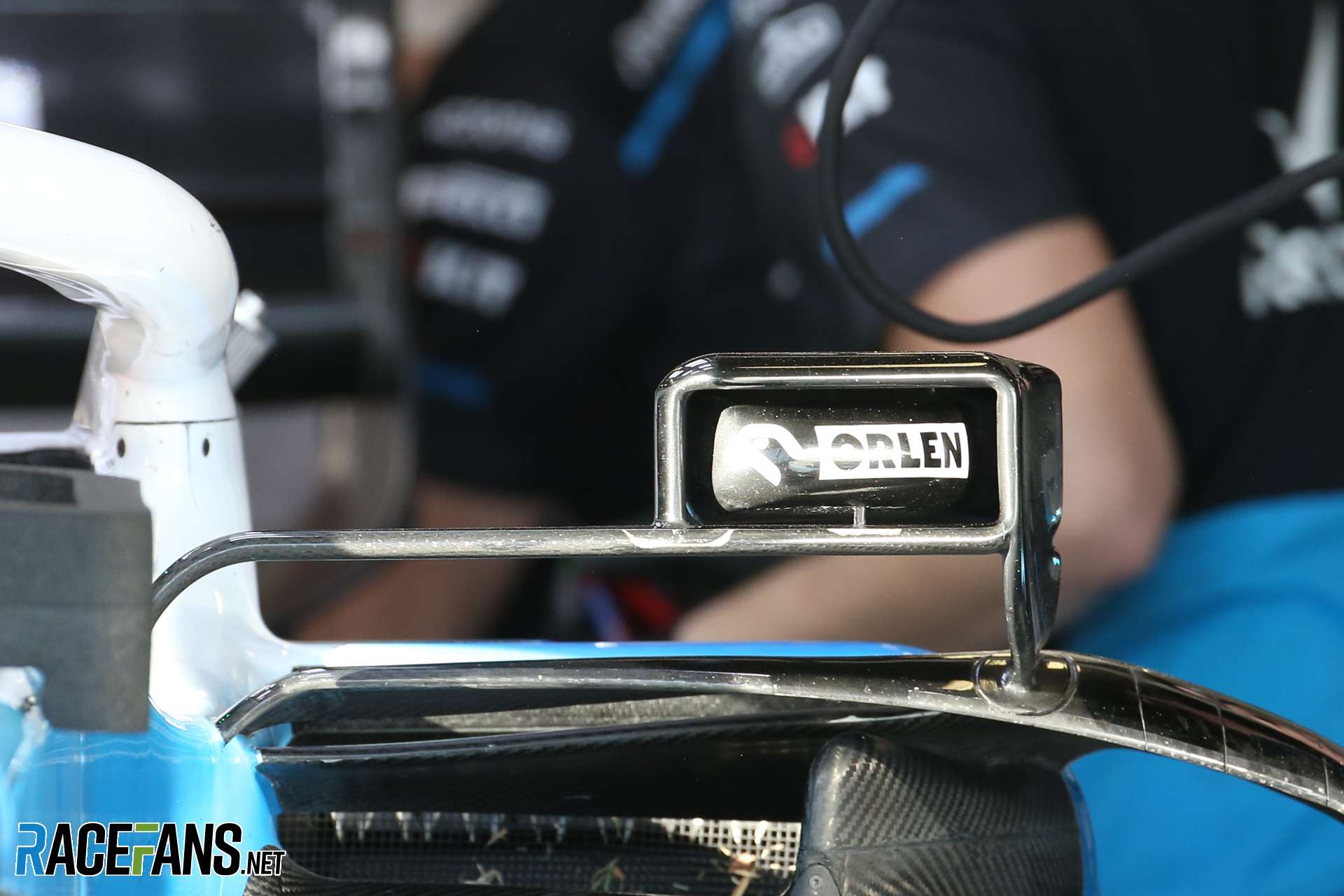 The first practice sessions of the 2019 F1 seadson did not go well for Williams. The FW42s propped up the times sheets, lagging well over a second and a half of the next-slowest of their rivals.

The team rolled up with two key technical changes when the cars were presented at the FIA garage for scrutineering. Through pre-season testing two aspects of the Williams legality were called into question: rival teams queried details on the FW42’s mirrors and front suspension. Both these designs have been changed for more conventional solutions ahead of the Australian Grand Prix.

Despite the various crises going on behind the scenes at Williams in the past year, the design of the 2019 FW42 was no less aggressive than its predecessor. Two key aspects of the car took some very liberal interpretations to the wording of the technical regulations and came under scrutiny regarding their legality.

Firstly, the rear-view mirrors, the mirrors and their mountings have been an area of increasing complexity and exploitation in F1 in recent years. Several new regulations have been applied to the mirror set up were applied for 2019, which tightly defined the size and position of the mirror pod (the part that mounts the mirror itself) and restricting it to two mountings.

Williams’ initial design reshaped the mirror pod into a vane-shaped design, by taking advantage of the angled mirror surface, required to give the driver a clear rear view because of the wider mounting position. It was queried that the reshaped mirror pod and the mounting that its merged into formed a vane and this was beyond the intention of the revised rules.

In Melbourne, the mirror set up has been revised to a more typical F1 2019 set up, the mirror pod using the Ferrari 2018-style ducted design and mounted with two far simpler mountings. This is expected to meet the FIA scrutineer’s approval and should end any debate about this part’s legality.

[mpuzweeler01]Secondly, the FW42 appeared in testing with an extra leg to its lower front wishbone. This thinner carbon fibre leg trailed behind and below the lower wishbone. In this position the extra part would have a useful aerodynamic effect, creating downwash towards the bargeboards and sidepod fronts, but would also at first appear to be in contravention of the prevailing rules for suspension members.

The rules allow for just six members to support the wheel, two for each wishbone and one each for the pushrod and track rod. Each of these members needs to be symmetrical and restricted in angle relative to the floor, in order to reduce any beneficial aerodynamic effect. Williams’ seventh member would appear to be an interpretation of the rule that excludes suspension members carrying brake lines, tethers or wiring being exempt from the aforesaid geometrical rules.

With such a broad interpretation of the long-established rules, again Williams chose to remove the seventh member and presumably route anything inside that part through the main wishbone cross section. In this format there should be no question of the car’s legality.