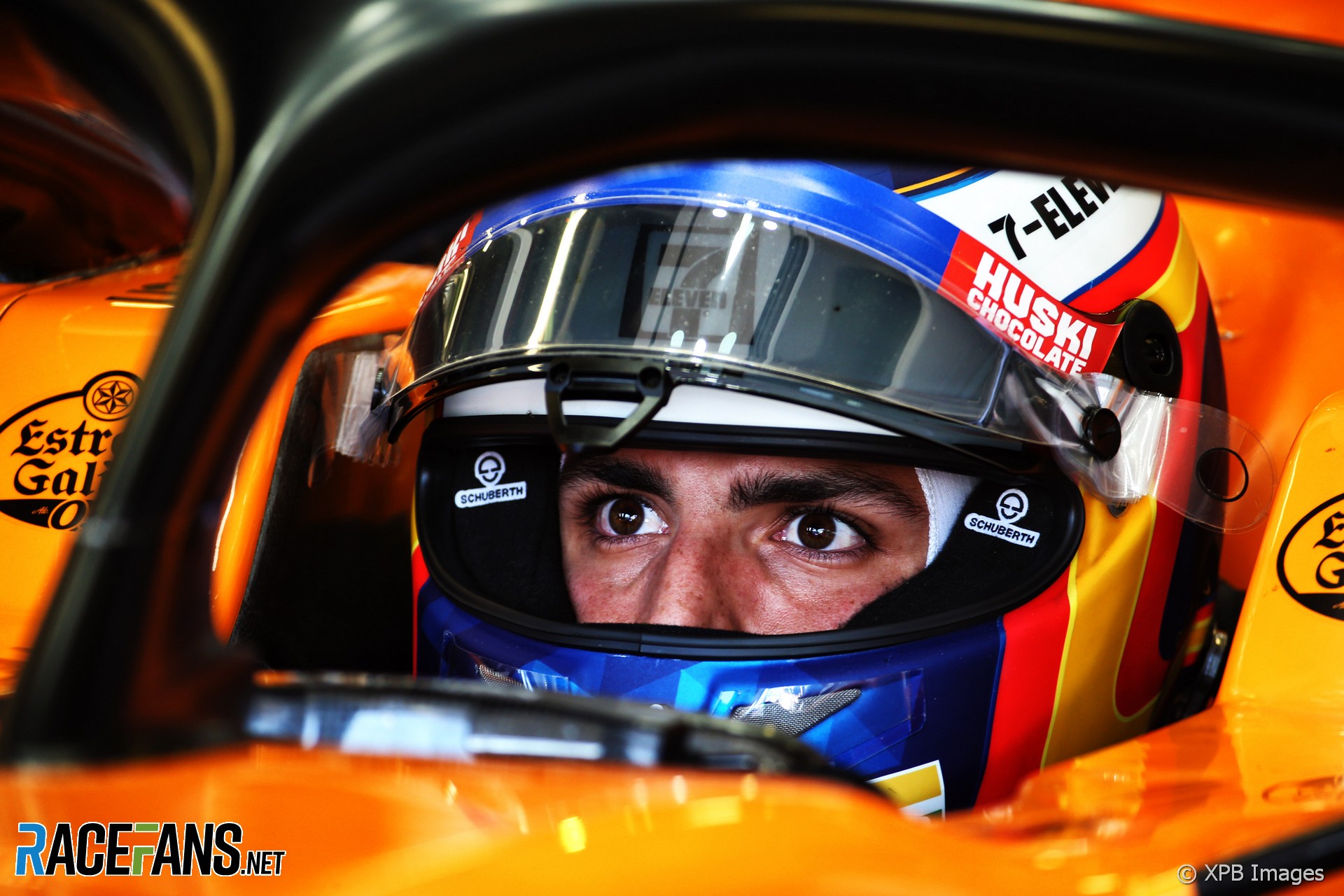 A tricky Friday for us. We’ve had various issues in the car, especially in the second session coming from the engine and also coming a bit from the mechanical parts in the car. But still we managed tocomplete our programme more or less, just in time. We would have loved to do a bit more laps and prepare ourselves better for Sunday but unfortunately we were changing a lot of stuff in the car during the whole session and we got a bit delayed. So it means we have margin of improvement for tomorrow, it means we need to be confident because we know we have margin of improvement although the midfield as always looks very, very tight and very exciting.

This better be a three way fight for the title. Six drivers battling it out for 21 races is the best we can possibly hope for this season. #F1 #AusGP

What's the smelliest corner at Albert Park? Over to @LewisHamilton:

"It's strange because wen you go through turn 13 it smells like burgers and fries and stuff around there. It's horrible. It's a really bad smell!!"#F1 #AusGP pic.twitter.com/UX6x6A1XN1

Kubica was asked if he has soaked up the atmosphere from the crowd at Melbourne:

"When you drive you don't have time. Especially with our car, we are fighting quite a lot to stay on-track."#F1 #AusGP pic.twitter.com/S39Xr9VMsI

Pierre Gasly: "On the engine side, we had a small loss of power on the last lap and after some checks, it turned out to be a minor sensor issue."

Sergio Perez: "These first two sessions were quite difficult for me and I am not really happy with the balance of the car and the tyres yet. We had many new parts on the car today and we still need to fully understand them, so we tried to come up with the best possible compromise for tomorrow."

"This circuit isn’t easy, but I think our pace looks good so far and I’m slowly building up confidence. I took it a bit easier after the spin in FP1 and once I got back up to speed we went on with the programme, trying a few more things on the car. "

Blash: Whiting will be irreplaceable in F1 (Autosport)

"Most importantly two young children have lost the most loving and adorable father. And he was, he just devoted everything to the kids. He spent the last week with them."

Murray Walker: the public do not understand how talented drivers are (The Times (registration required))

"It is highly regrettable that Formula One and MotoGP have to be paid for,” Walker says. “There will, inevitably, be major losses in viewers. I will watch them both because I’m madly enthusiastic but a higher percentage are only mildly interested and you do not pick up those viewers. Fanatics are a small hard-core but the sport gets a hell of a lot of money from TV. I don’t know what the answer is."

"Imagine a frantic rush to the pits from those in 15th-18th with four laps to go. With no chance of scoring points in the regular way, they still have something to race for."

"Melbourne’s boosters always claimed that because of a soulfully close relationship between bumper bar Bernie and the late, leaning Ron Walker, we got our race at mates’ rates. But did we? Do we?"

Cyril Abiteboul has a point about the unfair advantages ‘B-teams’ create, says @Johnrkh:

I agree having a B team offers a huge advantage over single-team entrants.

Yes, as Abiteboul pointed out, they can and will get technical support from the ‘A-team’, giving them an advantage over other midfield teams.

But it also potentially works the other way as I mentioned last year. The ‘B-team’ can be run as a real time test bed for new parts, as we did see from the Toro Rosso/Honda deal. This has reduced Red Bull’s development time considerably I would say.
@Johnrkh