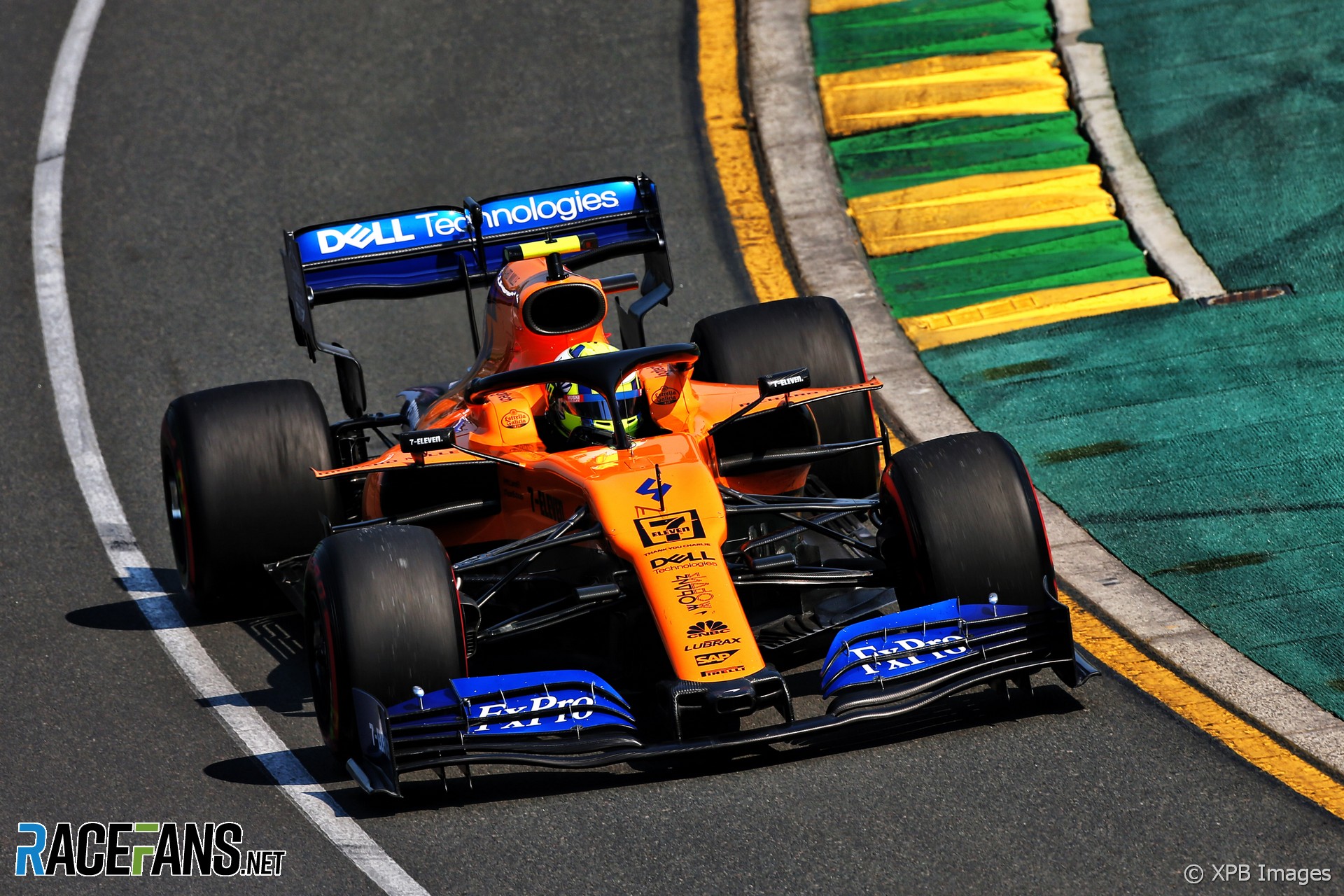 Lando Norris says his shock eighth on the grid on his F1 debut won’t be a one-off but will take hard work to repeat.

The McLaren driver placed 18th in all three practice sessions before qualifying, and said he had no expectation he would be able to reach Q3.

“I used three sets of softs in Q1, our aims was just to try and get into Q2. And that went pretty well.

Norris admitted he was “so nervous” during his first qualifying session but said the result is “massive” for McLaren. The team have taken their best starting position since Fernando Alonso’s seventh on the grid in Monaco last year.

[mpuzweeler01]”I think it’s massive to see that it is possible to do it and we have in some ways moved forwards from last year. Not as much as we need to. I feel like I really maximised everything, not completely, but to an extent.

“I’ve got a long race ahead of me tomorrow,” he added. “We do need to do a lot of work to maintain these Q3s. Today wasn’t a one-off but it’s not going to happen all the time so I need to make sure I treasure this.”