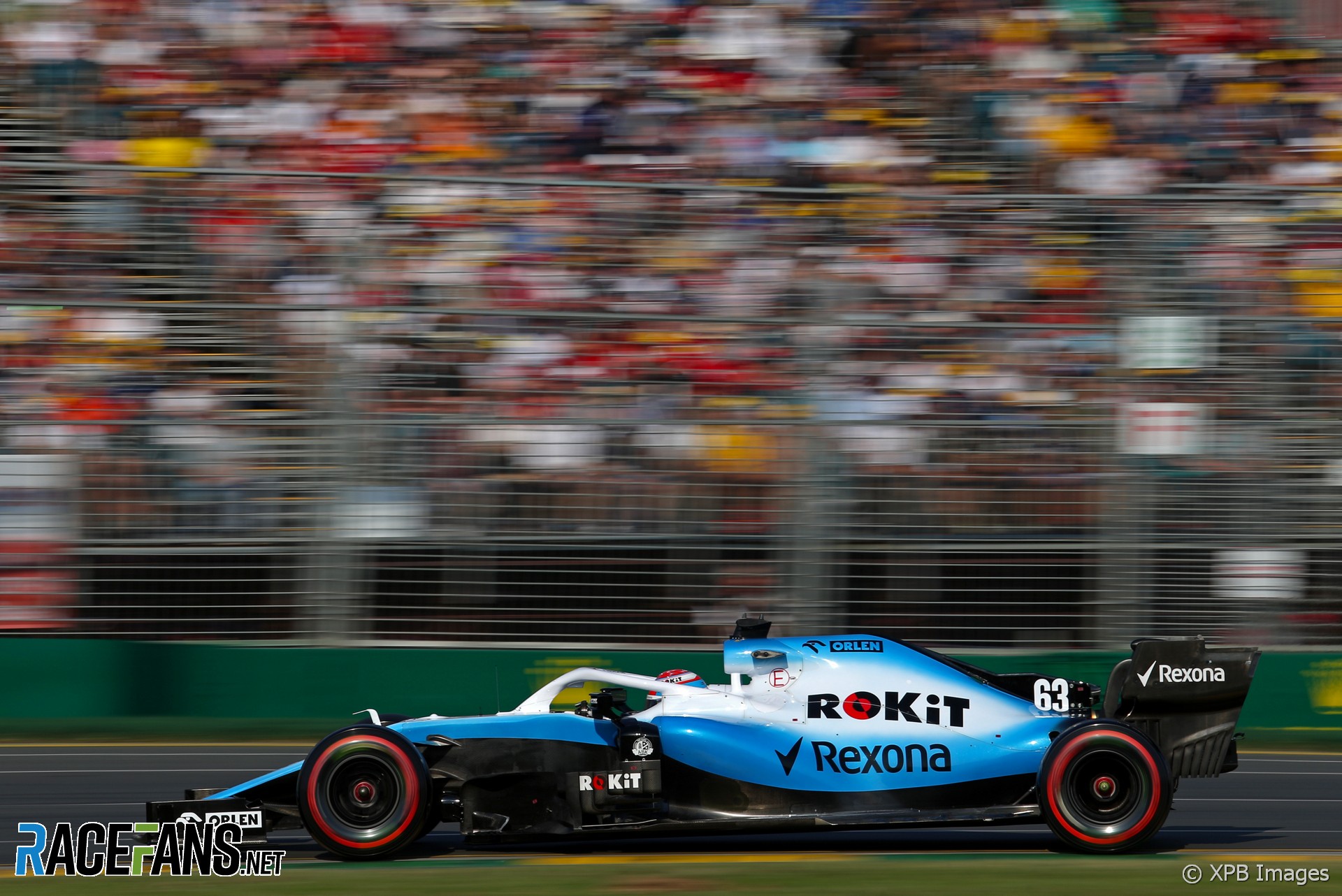 Williams is the only team which has not managed to lap Albert Park quicker this year than it managed 12 months ago.

Last year Williams managed to get one of its cars into Q2. Lance Stroll set a best time of 1’24.230 in the FW41. George Russell came closest to that time but wasn’t able to beat it, lapping 0.13 seconds slower.

The rest of the field made a mockery of the early estimates that the new front wings and other aerodynamic changes for the 2019 F1 season would increase lap times by one to one-and-a-half seconds. Alfa Romeo, who were the most improved team on average of last season (as Sauber), led the way again, lopping 2.2 seconds off their 2018 mark.

They may not be able to sustain that kind of improvement over the rest of the season. Sauber were not particularly quick at this race last year – both its drivers went out in Q1 – and it wasn’t until after a few races that the team got into its stride.

[mpuzweeler01]To Ferrari’s dismay, Mercedes have made a slightly larger improvement at this track than they have. The potential good news for Ferrari is that if these two teams make the same gains at every other round this year, there will be plenty of races where Ferrari has the quicker car.

Toto Wolff and the Mercedes team have played the game of managing expectations very well. But he has a point when he says the result of one qualifying session at a track where Mercedes (and Lewis Hamilton especially) have tended to be very strong does not mean they’re heading for a championship walkover.

Red Bull should also take quiet encouragement from the fact they’ve almost kept pace with their rivals over the winter despite the disruption of changing engine suppliers. As Max Verstappen noted they are still working on optimising the Honda power unit to get the best from it, so expect more to come from them in the near future.